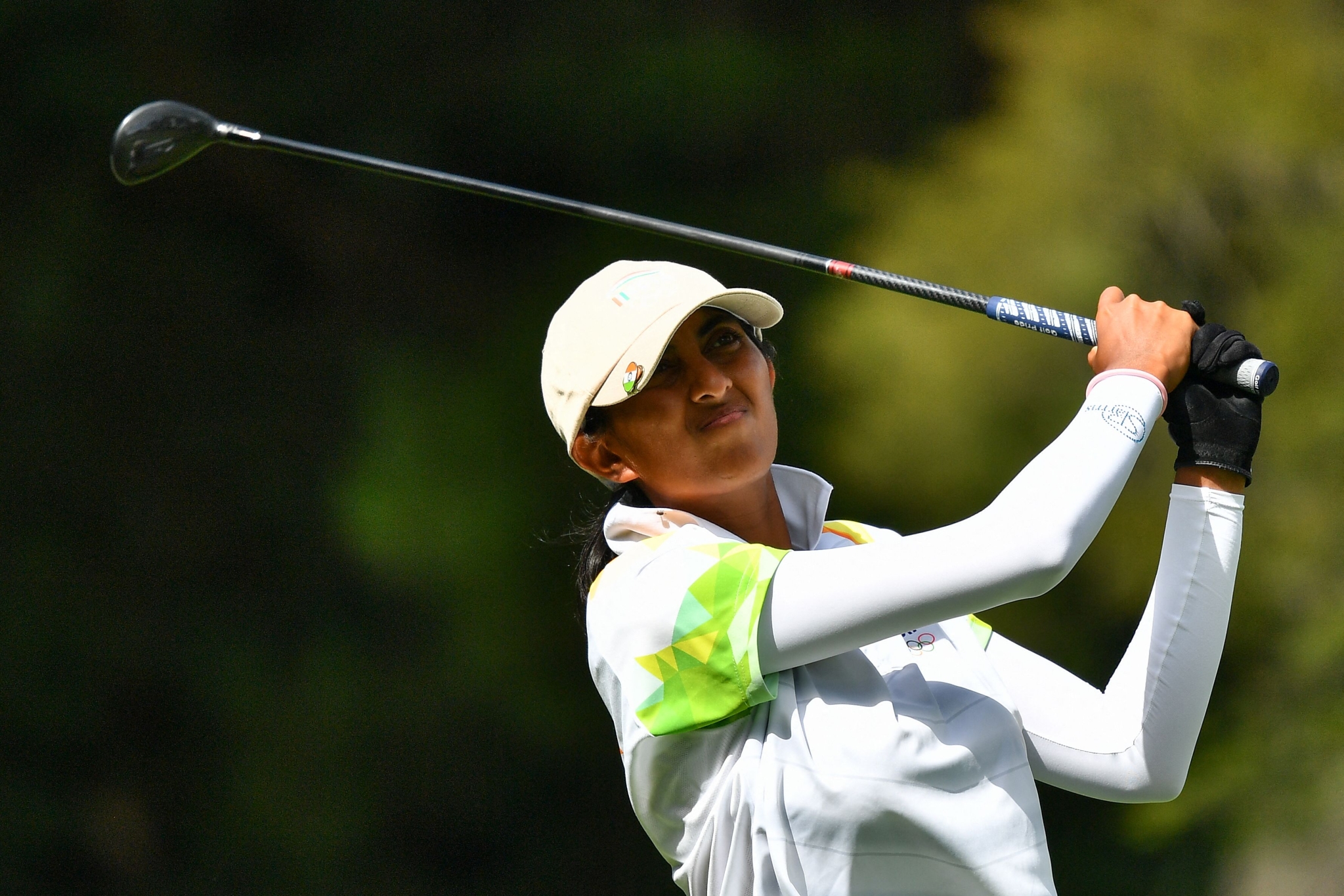 India's Aditi Ashok and Tvesa Malik made noticeable upward movements to be placed tied 14th and tied 36th respectively after the third round of the Andalucía Costa del Sol Open de Espana golf tournament in Marbella.

Aditi shot one-under 71 while Tvesa carded two-under 70 in the third round.

Aditi had one birdie and one bogey on the front nine and a bogey on 10th. She birdied 15th and 17th for 71.

Tvesa had one bogey on the front nine but birdied three times in last holes on the back nine for her 70.

Ciganda got off to a blistering start with three birdies in her opening four holes but she followed that with three bogeys and made the turn in 36.

Three birdies and one bogey on the back nine ensured the four-time LET winner remained at the summit of the leaderboard.

Ciganda will play alongside 2021 Race to Costa del Sol Champion Atthaya Thitikul in the final round with the teenager moving up to second place.

Thitikul carded the round of the day, a 67 (-5), rolling in six birdies and one bogey to climb up the leaderboard and sit three shots behind Ciganda on seven-under-par.

Sweden's Maja Stark and Finland's Ursula Wikstrom sit next on the leaderboard in a share of third place on five-under-par.

Spain's Fatima Fernandez Cano sits in solo fifth place on four-under-par -- six shots back from compatriot Ciganda after a round of 75. PTI