Indian shooters fail to fire; Biggest disappointment being Saurabh Chaudhary's failure to win a medal after topping the qualifications 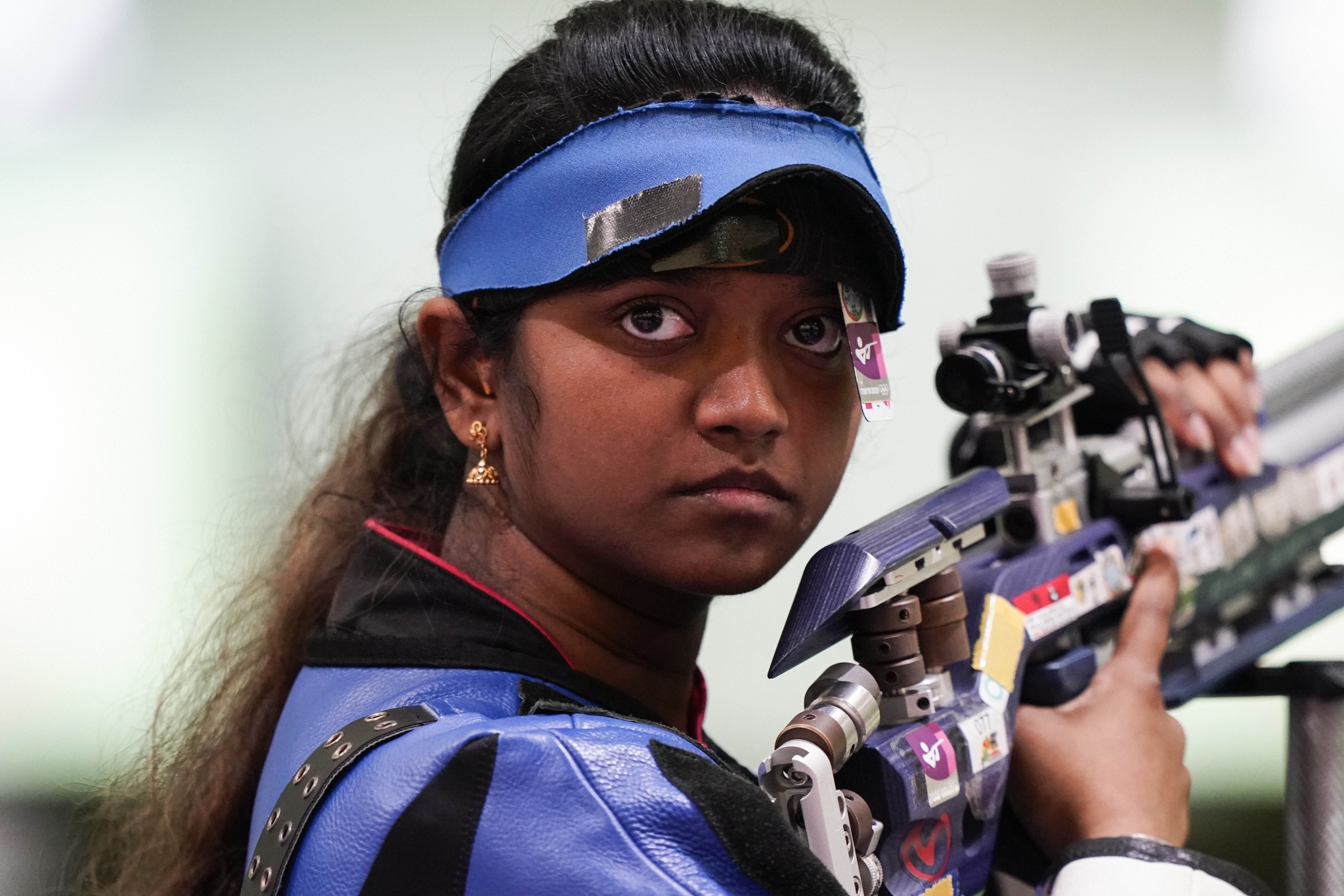 Mumbai: It has not been a good day out in the office for the Indian shooters on day one of the Games, as they endured multiple heartbreaks, with the biggest disappointment being Saurabh Chaudhary's failure to win a medal after topping the qualifications, at the at the Akasa Range.

Chaudhary who did so well in the qualification could not come with the same when it mattered the most as he finished seventh in the men's 10m air pistol final.

Whie, his roommate and friend Abhishek Verma could not make the eight-man finals, settling for the 17th place with 575 in the event that was considered one of India's best bets for a podium finish.

It was a same story with the women as Elavenil Valarivan and Apurvi Chandela failed to qualify in the 10m air rifle event. The Indian duo finished 16th and 36th respectively.

Following his sensational entry into the finals, a lot of hope were pinned on Chaudhary after a dismal show by the women. But the script did not pan out the way the country's shooting team would have wanted it to.

The Indian ace shot 137.4 to be eliminated in the seventh place. Chaudhary did not get off to the best of starts and, with a score of 47.7, was placed eighth in the standings after the first five shots.

The Asian Games and Youth Olympics gold-medallist was positioned sixth after the 12th shot, with a score of 117.2.

He managed to survive the first elimination round but could not sustain that for long.

Things were different in the qualifications though, with Chaudhary shooting 586 to finish ahead of a world-class field, thanks to a perfect 100 in the fourth series after back-to-back 98.

Verma was also in contention to make the cut after staging an excellent rally, but two 8s in the final series dashed his hopes.

Chaudhary started in an excellent fashion, shooting 10 out of 10 before slipping in the second part of the first series.

Appearing in his maiden Olympics, the 19-year-old multiple World Cup gold-medallist then rallied from the 19th place, in a field of 36, to inch closer to the top eight qualifying spots.

Earlier in the day, world number one Elavenil finished 16th in the qualifications after shooting 626.5 over six series of 10 shots each, while the more experienced Apurvi, who is also the finals world record holder in the event, settled for the 36th place after aggregating 621.9.

Incidentally, the 10m air rifle was the first event in which India clinched quotas for the Tokyo Games with Apurvi and Anjum Moudgil claiming them at the 2018 World Championship in Changwon, Korea. But the same was given to Elavenil on the basis of the latter's excellent run of form through the Olympic selection cycle.But that back fired as the shooters in 10m air rifle returned empty handed on the opening day of the championship.