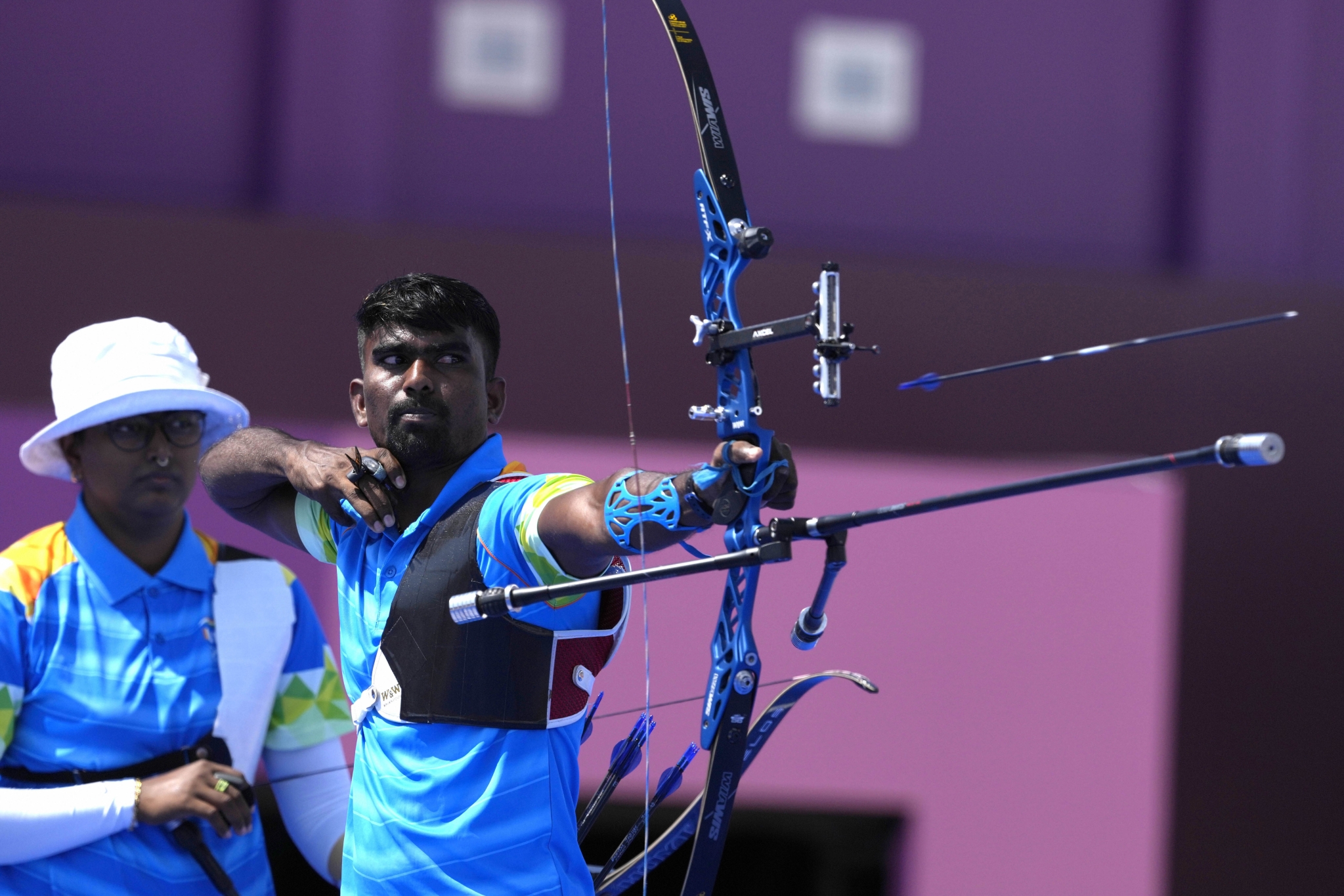 Tokyo: Going by the rankings it was a fair call but tactically appears a mistake as Pravin Jadhav joined Deepika Kumari for archery's mixed pair event instead of Atanu Das and the last-minute pairing fumbled to go out of the medal race at the Tokyo Games, here on Saturday.

Deepika and Jadhav looked completely out of sorts and lost 2-6 to Korea in the quarterfinals despite some below-par shooting by the top seeds.

That the two Korean Olympic debutants, 17-year-old Kim Je Deok and 20-year-old An San won two sets despite scoring only 35 out of a possible 40 showed the below-par shootings by both the teams.

The team think-tank here on Friday made the bold decision to split up the husband-wife combination of Deepika and Das, who had won a World Cup mixed team gold less than a month back in Paris.

The mixed teams are formed on the basis of scores and on Friday it was Jadhav who was best among the trio finishing 31st, four places ahead of Deepika's favourite partner Das in the ranking round.

Countries, however, have one-hour time to exercise the option of switching to their best combination but the Indian think-tank chose to be bold.

Deepika was already unhappy at the surprise decision to rejig the combination.

"I'm a little sad, he (Atanu Das) is not with me in the mixed team. It mattered, as I really wanted to play with him but it did not happen," Deepika said after the first round win against Chinese Taipei.

A former top-level India coach slammed the decision and blamed the team management in Tokyo for making a royal blunder.

Archery Association of India (AAI) official Virendra Sachdeva, who is accompanying the team in Tokyo, however defended the decision.

Asked about the decision to leave out Das, he said: "He (Jadhav) earned his place purely based on the ranking score and there was absolutely no favoritism. Our selection committee was neutral and sent our No 1 archer. There's always a first time together."

Deepika and Jadhav looked scrappy in their first match together against Chinese Taipei and trailed 1-3 but the duo seized the momentum with six 10s in the final two sets to storm into the last-eight.

With no women's team in fray, India now stare at yet another grim prospect as they brace for tougher challenges ahead in the men's team and individual rounds slated next week.