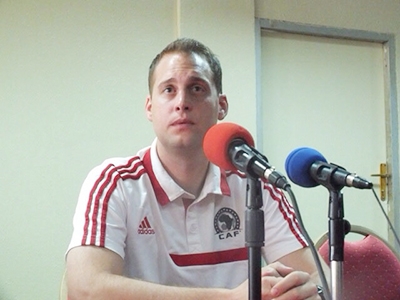 Before, Lee Alan Johnson was working as the technical director of the Football Federation of Rwanda where he was also the head coach of the U-17 national team. |

New Delhi : Englishman Lee Alan Johnson has been roped in as the head coach of India’s U-19 football team, the All India Football Federation (AIFF) said on Tuesday.

Besides managing the U-19 team, 34-year-old Johnson will also act as the head scout for the national side and will also perform the role of assistant coach of the senior team.

“Lee brings a whole lot of valuable commodities with him. What we require is a full understanding of how young players need to learn. Lee has been fortunate enough to work for two big clubs in England and has also had the opportunity to witness top football coaches in action,” he said.

“In addition to his duties as U-19 national coach, he will also be the national team scout and the assistant coach of the national team. We have worked together in Rwanda and have known each other for the last three or more years and his value addition will be immense.”

Talking about his new assignment, looking for young talented footballers in the country, Johnson said: “In such a big country you need to find them in order to further enhance the national team squads. I will be travelling to Hero I-League matches and also youth games to identify potential players for the future.”

“We need to make sure that everyone understands what we are trying to do, and it’s all for the benefit of Indian football. We have got the potential to do good things and be successful.”

Before taking up the India job, Johnson was working as the technical director of the Football Federation of Rwanda where he was also the head coach of the U-17 national team.        —PTI