Indian fans were left shocked and stunned after Pakistan ended India's near-three-decade domination over them at the world stage, humiliating their arch-rivals by 10 wickets in the Super 12 tie the last time the two nations clashed in the T20 World Cup in 2021.

As the neighbouring countries prepare to clash again in the showpiece event a day less than a year, in Melbourne on October 23, let’s turn back the clock to October 24, 2021.

Here’s what panned out when the two teams faced off in Dubai.

Before this game, India had a 100 per cent win record over Pakistan in the ICC events.

Pakistan, who came into the match with the intent of breaking their run of losses, restricted India to 151 for seven after electing to field in the blockbuster game.

Pakistan then made light work of the target of 152, completing the win with 13 balls to spare. Skipper Babar Azam stroked his way to 68 while his opening partner, Mohammad Rizwan, smashed 79 as the Indian bowlers struggled to contain the two batters.

Earlier, then-captain Virat Kohli led from the front with a half-century as India recovered from a disastrous start to post a challenging total.

Sent into bat after the coin landed in favour of Pakistan skipper Babar Azam at the toss, India were off to the worst possible start as they lost both their prolific openers Rohit Sharma and KL Rahul within three overs with just six runs on the board.

Doing most of the initial damage was Shaheen Shah Afridi (3-31 in 4 overs), who had Rohit trapped in front of the wicket for a duck and then bowled Rahul. India reeling at 6 for 2 in 2.1 overs. The lanky left-arm pacer had India reeling at 6-2 as the Men in Blue never recovered from the poor start.

Kohli and Pant then joined forces to add 53 runs in quick time before the latter was caught out by leg-spinner Shadab Khan (1/22 in four overs) off his own bowling in the 13th over.

In their 13th attempt in World Cups, Pakistan finally managed to beat India.

Read Also
'We know the importance': Rohit Sharma on Ind vs Pak games ahead of T20 World Cup 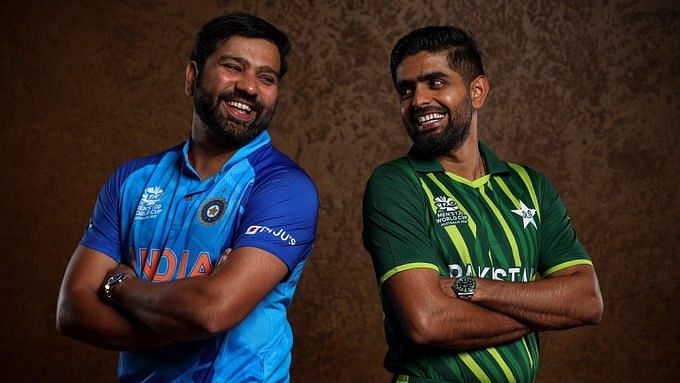