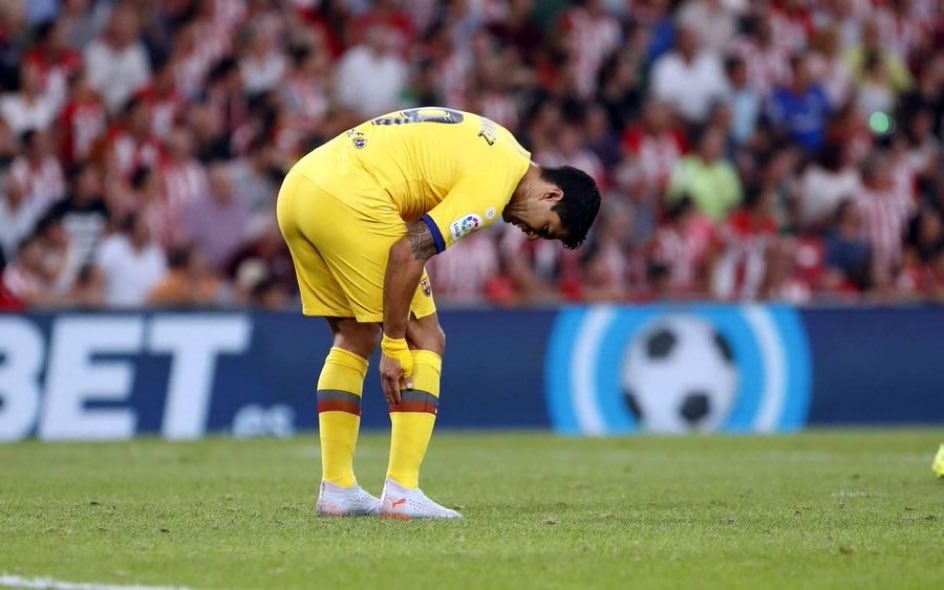 Barcelona forward Luis Suarez has conceded the La Liga title race to Clasico rivals Real Madrid as according to the Uruguayan, it's impossible for them to retain the trophy this term.

Real currently hold a four-point advantage over Barcelona as they have accumulated 83 points from 36 matches, while the Catalan giants have 79 points in same number of games.

Barcelona were held to a 2-2 draw by Celta Vigo last month and Suarez said that was the moment when they lost the opportunity to close in on Real.

"If you have to be honest, the league is almost impossible," Suarez told Spanish outlet sport.es. "It is clear that the game against Sevilla is a game that makes things very difficult for you.

"We had options to get ahead. That day was important but in Vigo it was key. We lost our great opportunity.

"If we had beaten Celta, we would have been better off against Atletico. The blow was in Vigo, the goal in the last minute from Aspas. It hurt. Now we have to finish well and go for the Champions League."

Suarez also addressed rumours surrounding hotshot Inter Milan forward Lautaro Martinez, who has been linked with a move to Barcelona in recent times. The Argentine is being seen as a natural successor for ageing Suarez at the club.

"He (Martinez) is a great player. He has been playing at a very high level at Inter," Suarez said. "It is not easy to get to Italy from Argentina and demonstrate everything he has done in a complicated football league like Serie A.

"He is young and if he comes to Barca, we will trying to help him adapt and to help him feel comfortable," he added.