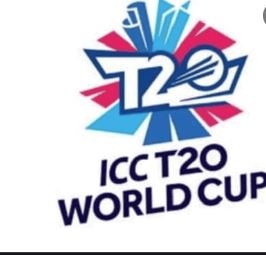 Mumbai: India are the favourites to win the match against Pakistan in the much-awaited Super 12 Men’s T20 World Cup game on Sunday. India stand at 1.47 as against 2.75 for Pakistan in the satta market as the teams face off in their opening match in Dubai. It is not just the spectators who will be looking for a favourable result, the punters will also be hoping to see India win .

Going by the past results, Virat Kohli and his men are favoured to win the match. “This match always draws a lot of interest off the 22-yard strip also and the flow of money has been good,” said one of the bookies on condition of anonymity.

"This is just the beginning and I am sure the exchange of money will be positive because the T20 World Cup is being played in UAE.”

“I am sure India will go on to win comfortably,” said one of the punters.

On the opening day of the Super 12s on Saturday, there was more money in the match between England and West Indies compared to that of Australia versus South Africa.

Overall. India stand on top of the bookies’ list as favourites to win the tournament. India have odds at 2.50 followed by England at 3.00 while Australia and West Indies stand at 6.00.

India won the inaugural T20 World Cup in 2007 and that result undoubtedly changed the future of the format and cricket in general.

England reached the final in 2016 and appeared to have had the trophy in the bag before being snatched away, thanks to Carlos Brathwaite’s four sixes in a row. It’ll be up to Jos Buttler, Eoin Morgan, Jason Roy and Jonny Bairstow to pick up the slack. England have a lot of players returning to cricket after an extended break.

The other contenders are Australia, New Zealand and West Indies. The Oceania neighbours have equal odds to lift the title. Australia have been struggling of late but tend to get up for global tournaments. After making the 2019 World Cup final and winning the World Test Championship, this is yet another title New Zealand captain Kane Williamson would like to have.