Hyderabad take on NorthEast after their win over Kerala Blasters 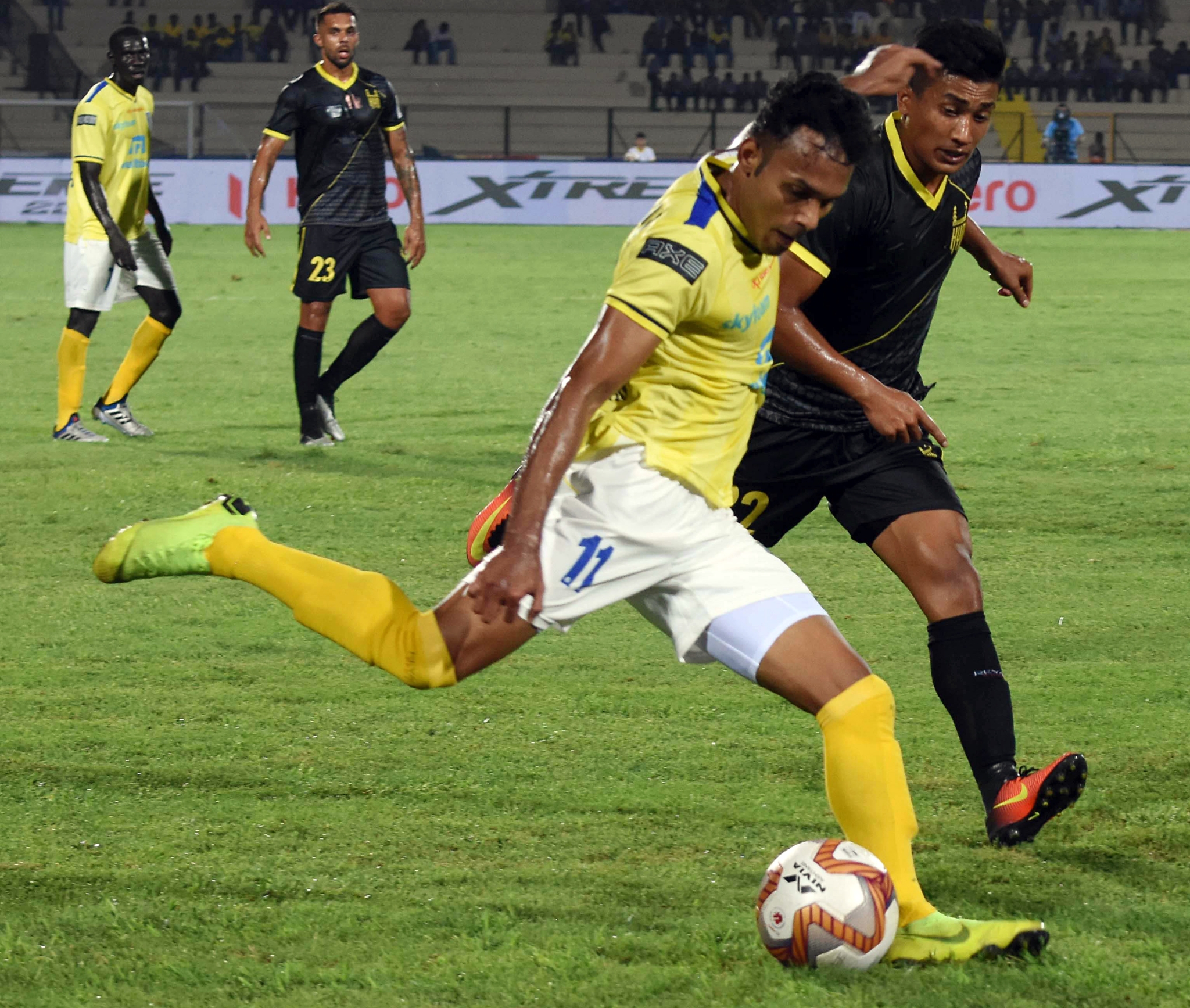 Players of Hyderabad FC (R) and Kerala Blasters FC during the match at the G.M.C. Balayogi Athletic Stadium in Hyderabad. | ANI Photo

Hyderabad: Phil Brown and company will look to build on the home turf after their 2-1 win over Kerala Blasters when they take on NorthEast United FC in their fourth Hero Indian Super league, at the GMC Balayogi Athletic stadium here on Wednesday.

It was a home coming for the Hyderabad FC after their two defeats in their away matches, they won against Kerala for their first win.

Now, the task for the manager is to build on this result and boost the morale of the squad. However, his task is still unenviable, given the fact that key players are still missing due to injury and suspensions.

The likes of Bobo, Rafael Gomez, Giles Barnes are all injured while Nestor Gordillo is still serving a ban.

“I don't think we have moved past all the injuries, there are four big players still injured. What we tend to do is to focus on what we have. We focused on the players that are available to us. That was the most important thing,” said Brown.

The bright spot for Hyderabad FC will be the form of Marcelinho. The Brazilian forward struck a brilliant free-kick winner against Kerala Blasters and scored a goal in their 3-1 defeat to Jamshedpur FC. He will be Hyderabad’s talisman against a solid NorthEast United.

The Highlanders’ potent attack, led by the irrepressible Asamoah Gyan and Martin Chaves, will pose a huge threat to a fragile Hyderabad defence which is yet to keep a clean sheet this season. Youngster Redeem Tlang has also impressed and adds to the guile and pace of NorthEast’s attack.

“We know we are coming up against a very strong team and they got a lot of discipline in their team. They are very organised defensively. They have Gyan who is capable of winning a game on his own. But we have a team which has character,” said Brown.

NorthEast United are undefeated in three matches so far. Though they have only one win, their two draws have come against strong sides in Bengaluru FC and FC Goa.

In fact, Robert Jarni’s side will count themselves unlucky not to have obtained all three points against Goa, after conceding a late stoppage-time equaliser.

“You never know how they (Hyderabad) are going to play. They won the last game, they are full of confidence and we have to prepare for them. (But) we are confident because we are still unbeaten, we played against the big teams in the league. (However), it will be a tough away match,” said Jarni.

While NorthEast could be considered favourites for this clash, Hyderabad have shown that they can pack a punch. It should make for exciting fare.