UEFA EURO 2028 is set to take place over 51 matches and feature 24 teams, as has been the case for the previous two tournaments.
ANI 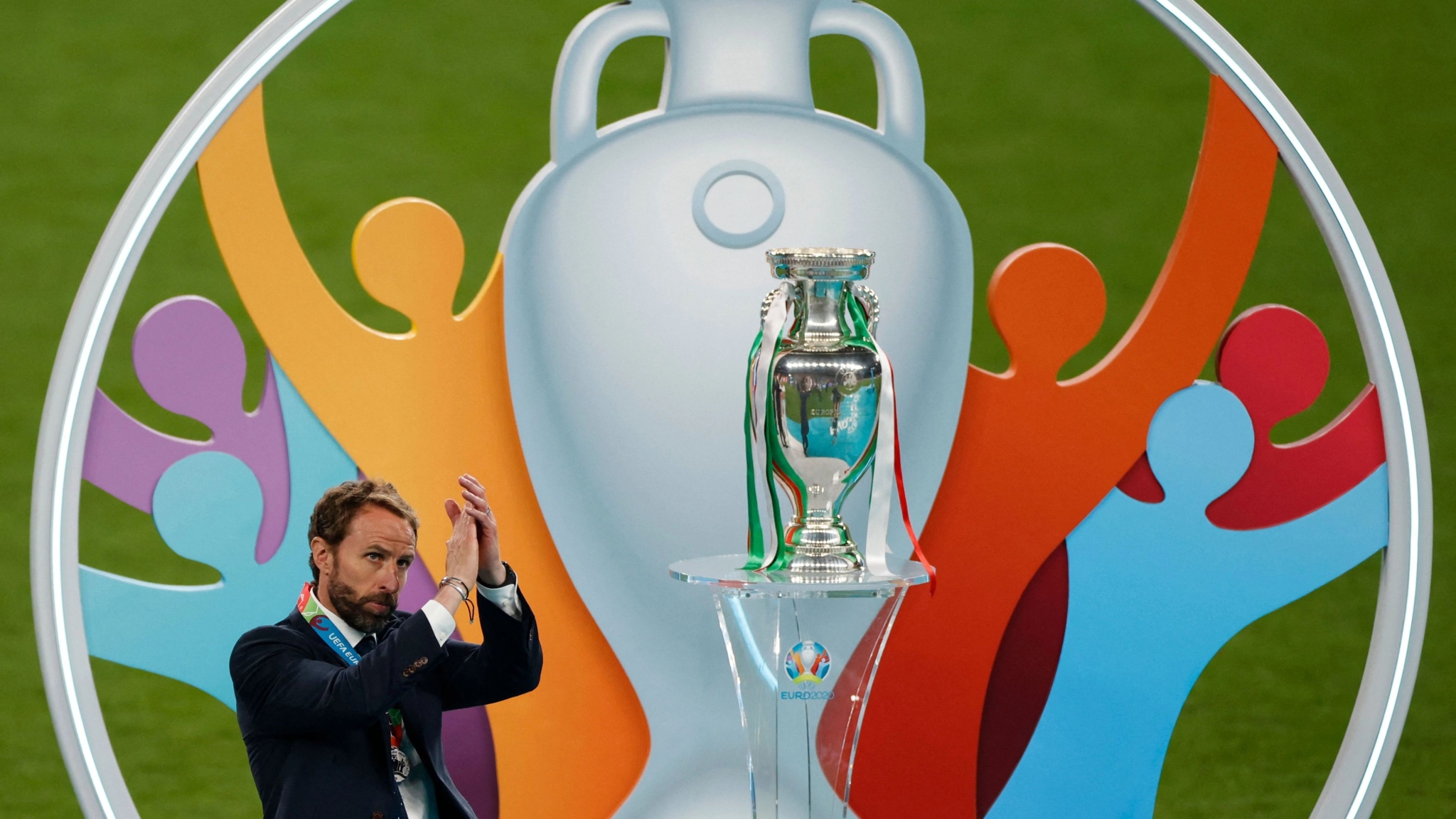 England coach Gareth Southgate greets the fans as he walks past the trophy during the UEFA EURO 2020 final football match between Italy and England at the Wembley Stadium in London on July 11, 2021. | (Photo by AFP)

Zurich: European football body UEFA on Tuesday announced that its member associations interested in hosting UEFA EURO 2028 have until March 2022 to declare their interest, with the appointment of the hosts set to take place in September 2023.

UEFA EURO 2028 is set to take place over 51 matches and feature 24 teams, as has been the case for the previous two tournaments. Joint bids are permitted, provided that the bidding countries are geographically compact.

"In order to ensure compatibility with the competition's sporting and commercial format, the automatic qualification of the host team(s) shall be guaranteed only for a single host or a maximum of two joint host associations, as always implemented in the past," UEFA said in an official statement.

As the competition regulations have not yet been issued, information regarding dates, the number of participating teams, and the number of matches are provisional and may therefore change.