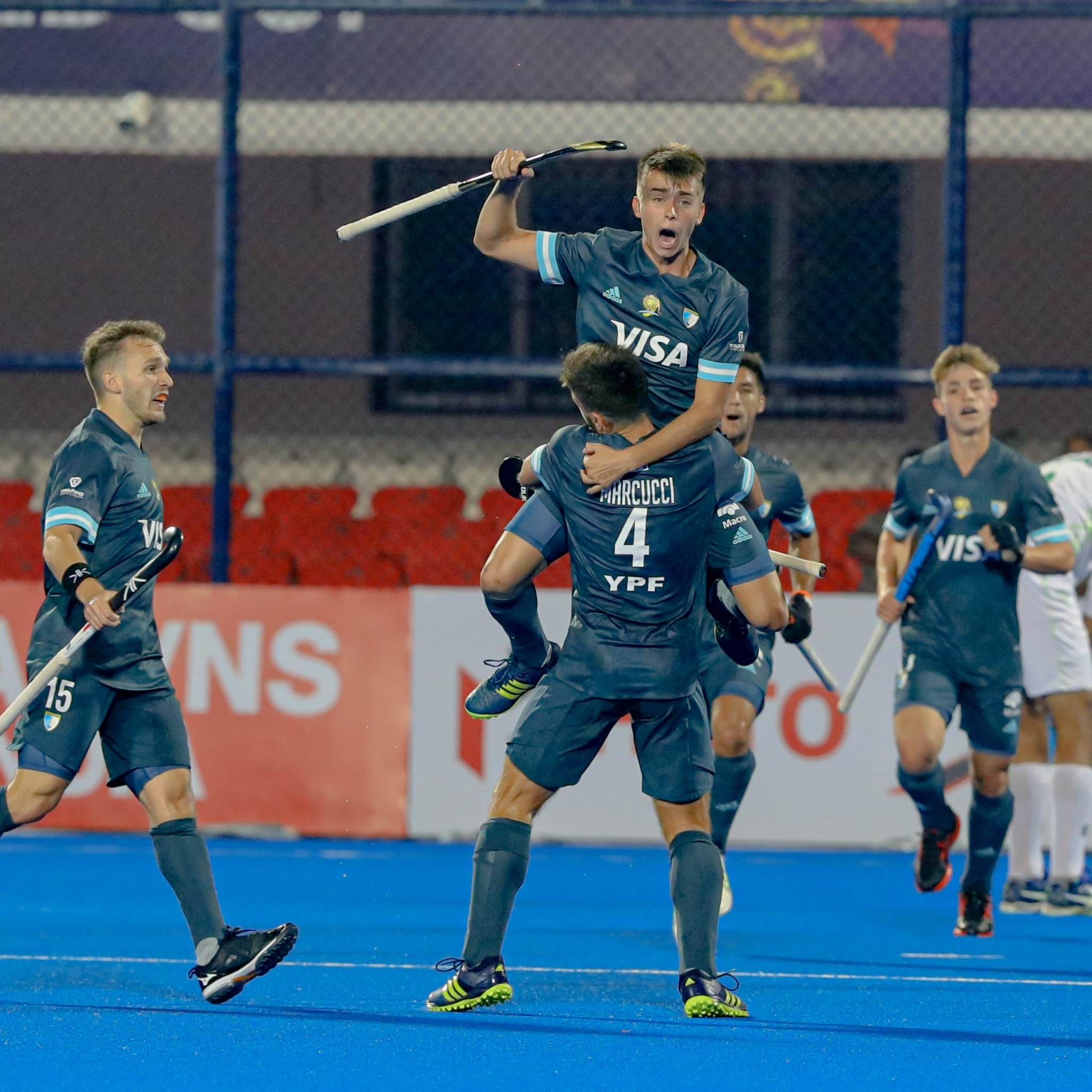 Former Champion Pakistan came back twice from a goal deficit to level scores but 2013 winners Argentina were too strong on Sunday as they went on to win 4-3 in their preliminary round match in the FIH Odisha Hockey Men's Junior World Cup. With this win, Argentina advanced to the quarter-finals with two wins from three games in Pool D.

Spain too booked their berth to the last-eight stage by thrashing South Korea 9-0 in a Pool C encounter as they finished with six points from two wins, ending second behind the Netherlands, who thrashed the United States 14-0 at the Kalinga Stadium here on Sunday.

These two clashes were the key matches on Sunday as the winners would qualify for the next round and therefore all eyes on the results of these matches.

Pakistan and Argentina needed to win their last group match after losing to Germany in their earlier matches. It was Argentina that got off to a good start as they went into the lead with Bautista Capurro scoring a goal in the 10th minute. Pakistan levelled score minutes into the second quarter with skipper Abdul Rana scoring off a penalty corner.

Argentina scored within three minutes when Ignacio Nardolillo scored a field goal but the lead was short-lived as Rizwan Ali made it 2-2 in the 28th minute when he converted a penalty stroke. Argentina then scored twice within 12 minutes with Francisco Ruiz and Ignacio Ibarra scoring a field goal each to make it 4-2 for the South Americans.

Pakistan pulled one goal back when Aqeel Ahmed scored off a penalty corner. Pakistan created some pressure in the last minutes of the match but could not find the equaliser.

Spain had no such worries they dominated Korea with brothers Pepe and Pau Cunill scoring a brace each as did Abajo Ignacio. Fortuno Guillermo, Eduard de Ignacio-Simo and Rafael Vilallonga scored a goal each as Spain put up a strong display.

In other matches on Sunday, the Netherlands thrashed the United States 14-0 while Germany handed Egypt an 11-0 hiding as both the teams topped their respective Pools with an all-win record.