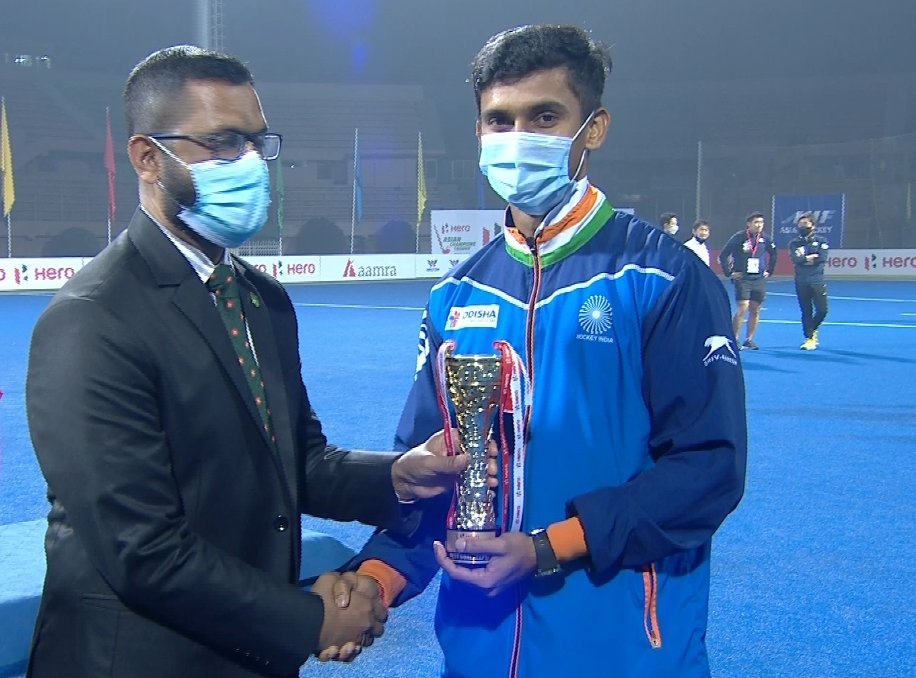 Dedication, commitment, passion and abundance of patience have paved the way for this hockey player from the city to reopen the doors for Mumbai lads to the Indian hockey team.

Meet Suraj Karkera, a product of one of the colleges which has produced well-known sportsmen in the country, Rizvi Educational Complex in Bandra. He was adjudged as the best goalkeeper at the recently concluded Asian Champions Trophy in Dhaka, where India won the bronze after losing to Japan in the semifinal.

Now with the Bombay Sappers, the Bombay Engineering Group in Pune, Karkera did his schooling at the Children Academy group of schools under the watchful eyes of Merzban Patel popularly known as Bawa, a recipient of the Dronacharya award (lifetime category) conferred by the Union Ministry of Youth Affairs & Sport.

Bawa’s forte is talent-spotting, giving exposure to young players at Republicans teams, and to many youngsters from Mumbai which has seen many players don the Indian colours in hockey. However, currently, Karkera is the only player from Mumbai in the Indian side.

As PR Sreejesh, who was a key player in India’s bronze winning effort in Tokyo Olympics recently, excelled as a goalkeeper in the national side, Karkera waited in the wings, making him tough both off and on the field.
And finally he got his chance when Sreejesh was rested for the Asian champions Trophy.

Doing well after being included in the place of veteran Sreejesh, the Mumbai lad had said that it will be tough for him to fit into the big shoes of Sreejesh, but has made everyone happy with his gutsy act in Dhaka. Karkera had said, “I am excited to get a chance to play for India after a long time. Anytime you get a chance to don the Indian jersey, you feel the goosebumps. I am not nervous at all as we have trained well. I feel confident about myself and my abilities.”

Karkera spent more time in India's camp premises in Bengaluru than with the national side. However, with his outing at the Asian Champions Trophy, the 26-year-old has impressed experts and fans alike. In the process, he has proved that he is ready for the job whenever it comes to him, like Rishabh Pant was a few years ago in cricket.

Karkera made his debut for the Indian junior team in 2015. He made his senior team debut the following year and was part of India's gold-medal winning squad at the 2017 Men's Hockey Asia Cup.

"It is a pleasure that our own Mumbai boy has been adjudged as the best goalkeeper in the Asian Champions Trophy,” said Patel of his ward, while applauding Hockey India.