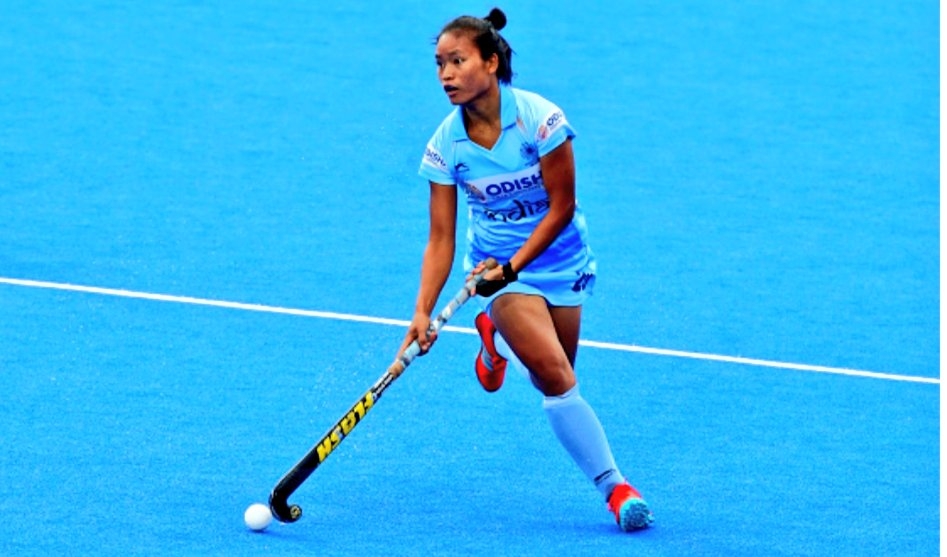 On Monday, Olympian Lalremsiami was named captain of the 18-member Indian junior women's hockey team, which will compete in the FIH Women's Junior World Cup South Africa 2021, beginning December 5. Defender Ishika Chaudhary has been named vice-captain of the team.

The tournament will see 16 top teams battle for the title, which was previously won by Argentina in 2016. India's best performance in the event came in 2013 where they won bronze beating England.

Besides Lalremsiami, who was part of India's historic performance at the Tokyo Olympics where the women's team finished fourth, the other members who were part of the campaign at the quadrennial games include Salima Tete and Sharmila Devi.

Preeti and Prabhleen Kaur have been chosen as alternate players (AP) who will be permitted to play only if there is an injury or someone in the 18-member squad is ruled out due to Covid-19.

Chief coach, Janneke Schopman said on Monday: "To pick the final selection of 18 players was extremely difficult especially as all 28 players in the core probable group worked very hard in the past months and made good progress. But we feel that we have selected a strong team that is able to compete with every team at the Junior World Cup.

"With the experience from the senior team and some great young talent we will show the best India has to give. The team is very excited as they have waited a long time to compete at the world stage and we're looking forward to making the most of this great opportunity," she added.

India are in Pool C and begin their campaign on December 6 against Russia. They will take on defending champions Argentina on December 7 in the round-robin league, followed by the match against Japan on December 9.

The knockout matches will take place between December 10 and 16. The teams in the fray include the Netherlands, Korea, Ireland, Zimbabwe in Pool A, England, Belgium, Canada and Uruguay in Pool B. Argentina, India, Japan and Russia in Pool C while Germany, Spain, United States and South Africa are in Pool D.