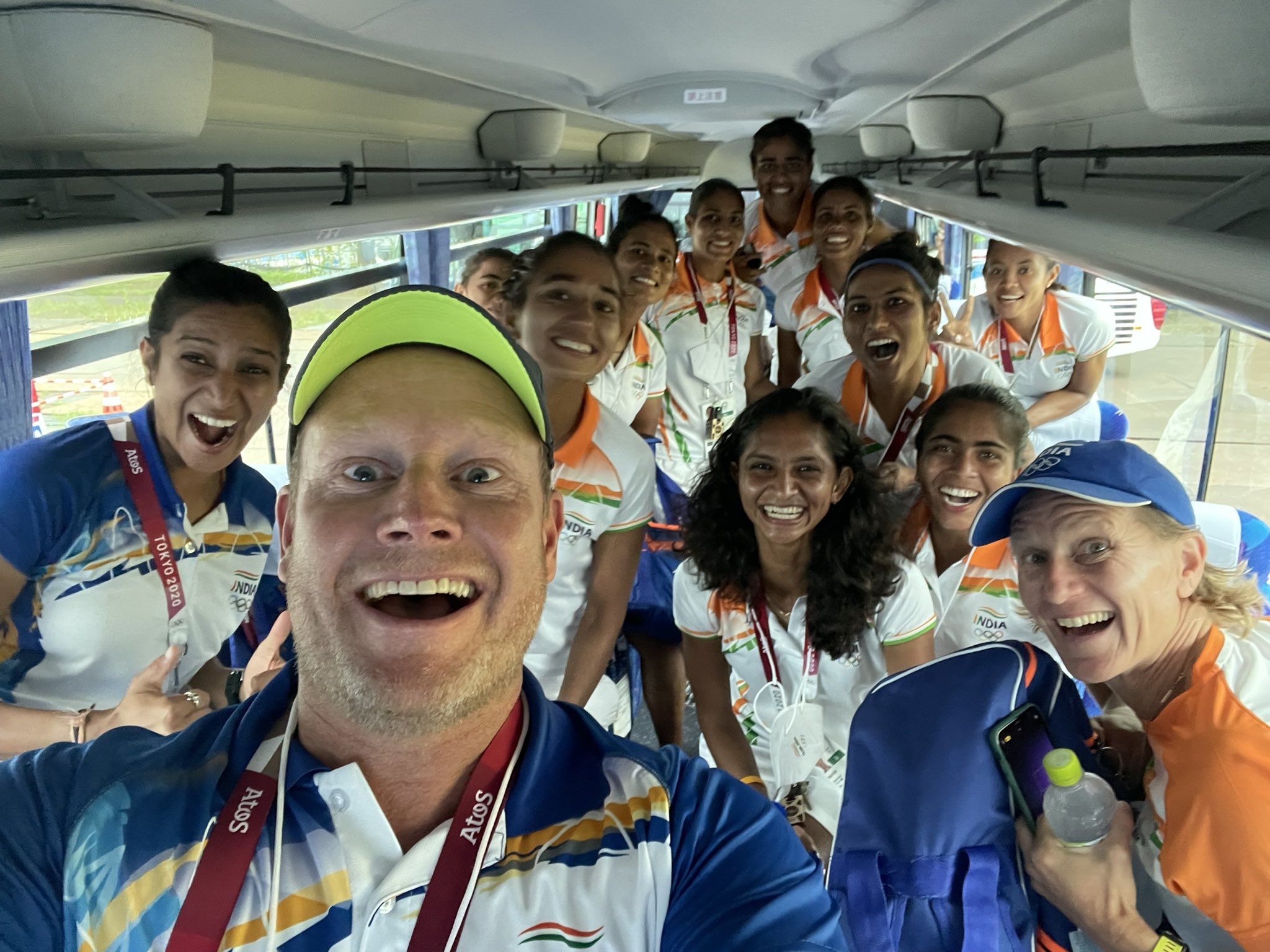 Hockey India has condemned "the malicious attempt to paint a dark picture of Indian sports administration" by former Indian women's hockey team chief coach Sjoerd Marijne, who, through an interview in a national daily has reportedly alleged that his previous employers, Sports Authority of India (SAI), had withheld his salary.

A statement issued by Hockey India on Wednesday said that, "We are disappointed that despite having the opportunity to have an extremely lucrative job here in India provided by the Sports Authority of India, this is the kind of a response we observe after completion of his tenure. As far as we understand, Sjoerd Marijne has been paid his salary till August 7, 2021 and is owed only a balance amount of USD 1800."

"This is also in conjunction with the fact that he has not yet returned a laptop with a similar value that was given to him for his role while being appointed with the national team. He is also still due to file his report on the Olympics Games 2020. Due to the non-return of the laptop, Hockey India is unable to issue an NOC and as such believes that the Sports Authority of India is well within their rights to retain the USD 1800," Hockey India stated.

"Marijne's bid to tarnish the Indian sports administration for being asked to return the laptop with the invaluable data is a case in point. We are extremely satisfied with the alacrity with which Sports Authority of India acts on Hockey India's proposals and have no reason to believe that any form of red tape exists to hamper the evolution of Indian sport which has in fact gained an upward trajectory," stated Hockey India.

"We would also like to point out that the fourth-place finish of the Indian women's team in the Olympic Games in Tokyo is due to the combined effort of a lot of people, not the least the athletes themselves, the coaching staff and the support staff who worked to raise the fitness levels of the players. Hence, his expectation of prize money or incentive is unprecedented."

Rajinder Singh, secretary general, Hockey India added that, "The Indian sports ecosystem and us at Hockey India as well, hold the athlete at the highest regard. Any prize money or performance incentive is prioritised for them and rightly so. The payment of any such prize money is given at the discretion of the State and corporate. A coach, receiving a salary for a specific job cannot hold himself in the same light and demand this."

"We may point out that not returning the laptop issued to him amounts to data theft since it contains enormous amounts of critical data on the Indian players. We recommend to take necessary penal action against Marijne to facilitate the recovery of the laptop and the data it holds."

"We appreciate the efforts of all our athletes, coaching and support staff which has come together to warrant our success and will continue to do so without bias and with the utmost professionalism. We would expect all those we work with to maintain the same level of ethics and commitment for the larger good of the sport and not for personal gains," added Singh.