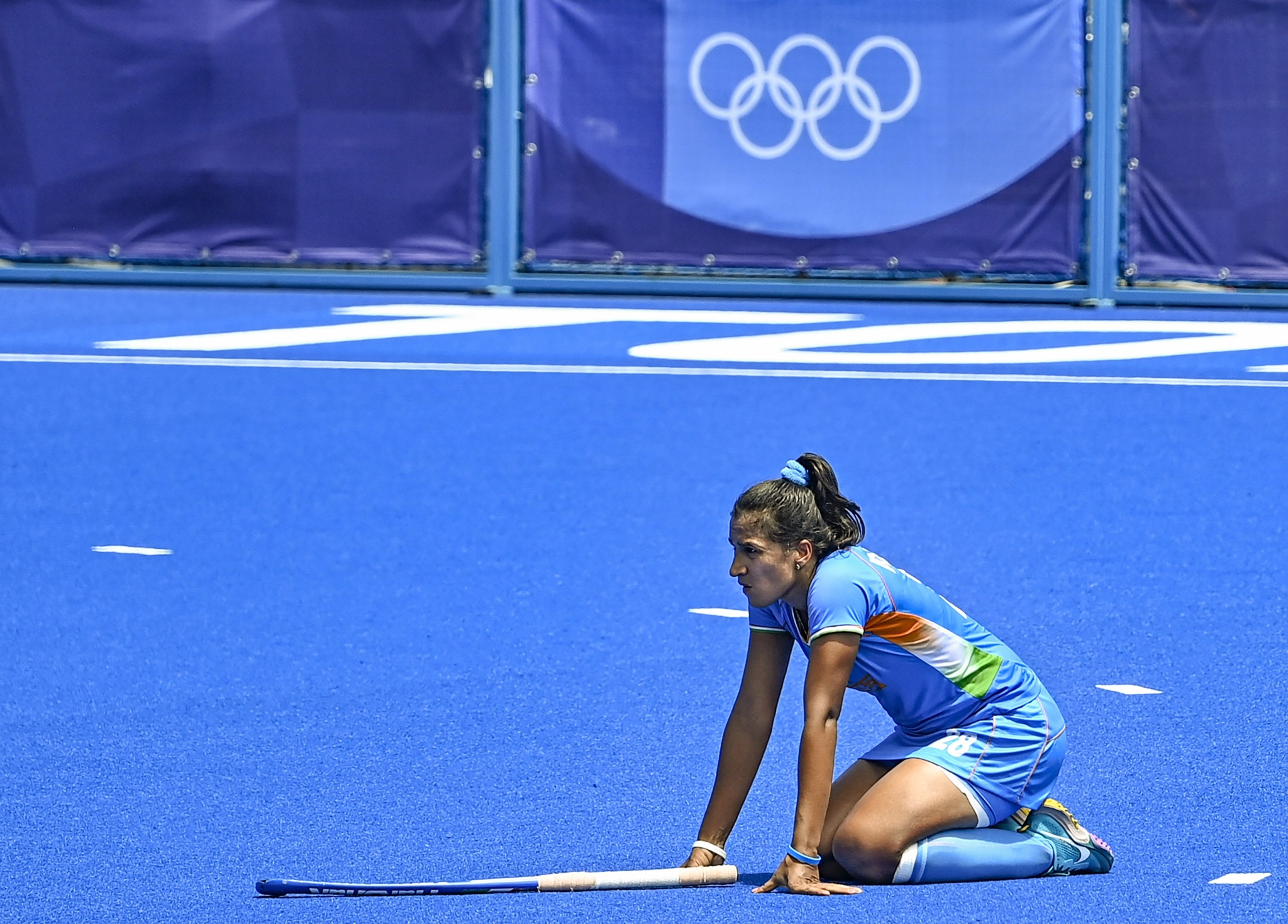 From a historic fourth-place finish at the prestigious Tokyo Olympics to achieving the best-ever FIH World Rankings to bagging FIH Hockey Stars Awards 2021 in all categories, the year 2021 was a fairytale for the Indian Women's Hockey Team.

The Indian eves became the first of India's hockey teams to return to international hockey after the pandemic-enforced hiatus disrupted the calendar. The team began the Olympic year 2021 with Argentina tour in January, followed by a four-match Germany tour in February.

After having spent the following months at SAI Centre in Bengaluru, the Indian Women's Hockey team went on to script history at the Tokyo Olympics in August 2021.

Rani-led India, who started their campaign with three losses, pulled off arguably one of the biggest upsets in world hockey as they defeated the mighty Australian side in what was their historic Quarter-Final encounter of the Olympic Games. However, they missed out on a medal by a whisker as they narrowly lost in both Semi-Final and the Bronze Medal classification matches against Argentina and Great Britain, respectively.

Looking back at the dream year, the Indian Women's Hockey Team Captain Rani expressed, "This year was like an emotional roller coaster, full of ups and downs. But, to be honest, we really enjoyed the ride as it included the historic Tokyo Olympics campaign. I reckon 2021 was full of self-belief and determination. There were a lot of learnings involved, and COVID-19 taught us invaluable life lessons. One of them was to stay in the present moment. Staying in the present moment helped us qualify for the Quarter Final as well as beat a team like Australia to script the history."

Additionally, members of the women's team were conferred with national awards in November 2021. Skipper Rani was honoured with Padma Shri, the country's fourth-highest civilian award, while experienced forward Vandana Katariya and midfielder Monika were conferred with the Arjuna award.

"We were really disappointed when we missed out on winning the Bronze medal. It was heartbreaking, but when we returned to India, we slowly realised the magnitude of that fourth-place finish. It is really a big thing for Indian Women's hockey. I think all these awards and accolades are an outcome of all the hard work and sacrifices made by the team over the years. It has also boosted our confidence. It will certainly motivate us to do well, and make the country proud again," said Rani.

"The constant support and encouragement from the Sports Authority of India, Ministry of Youth Affairs and Sports (MYAS) and the Odisha State Government have helped us excel at the Olympics. They have been one of the biggest reasons behind the rise of Indian Women's Hockey, and we are really grateful for the undying support."

The Indian Women's hockey team, who had also achieved their highest-ever FIH World ranking (World No. 8) in August, will end the year in the ninth spot as per the latest FIH World rankings.

Speaking of the year 2022, Skipper Rani said that the team's goal will be to build on the historic Olympics campaign.

"We have set the benchmark for ourselves, and from hereon, we will have to do even better. We want to build on the historic campaign. 2022 will be a very crucial year as we have important tournaments lined up. We will look to qualify directly for the Paris Olympics 2024 by clinching gold at Asian Games 2022. But, for that, we will have to go step-by-step, and our first step will be to do well at Women's Asia Cup 2022," concluded Rani