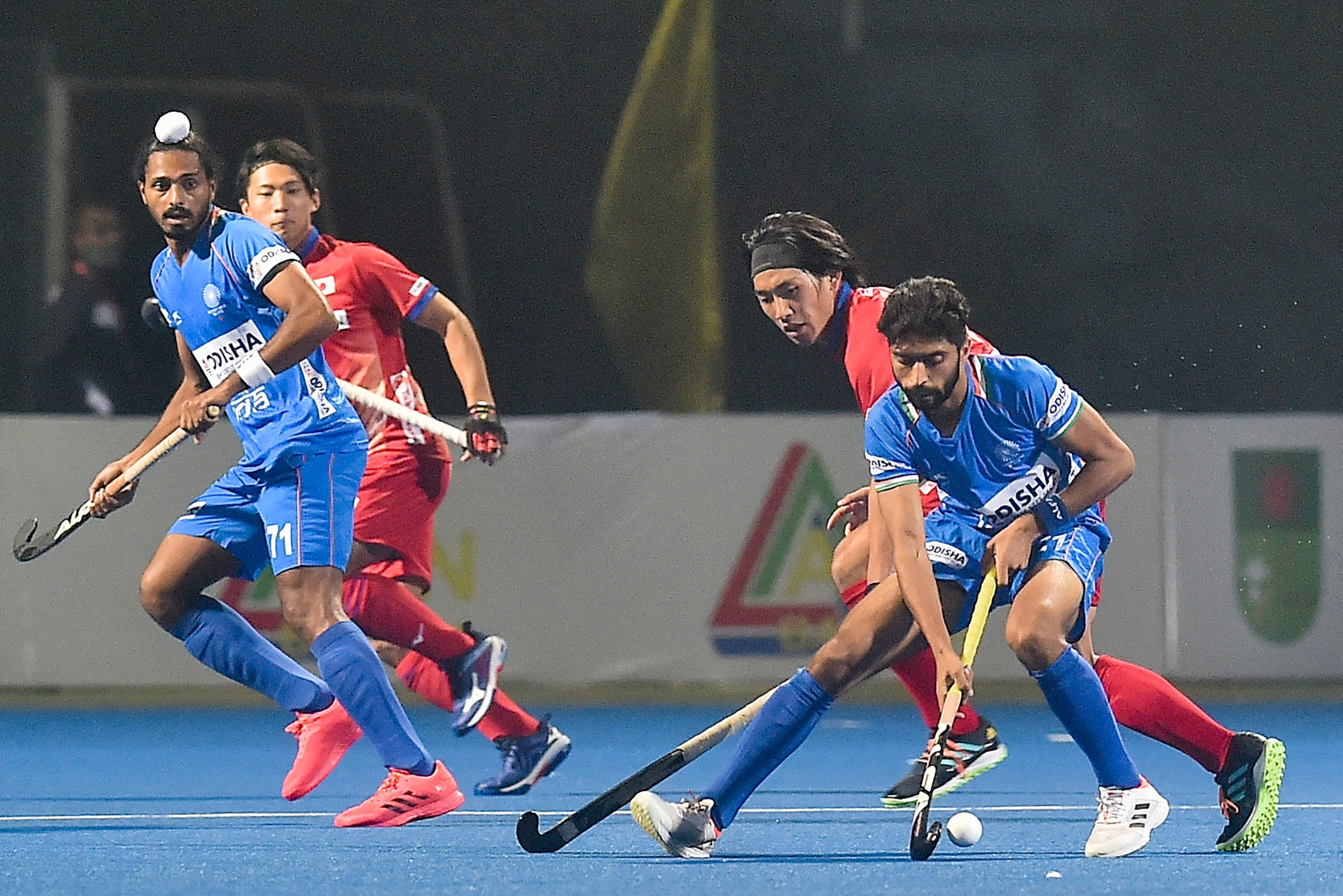 India and Japan players in action during their Asian Champions Trophy match in Dhaka. | Photo: AFP

Japan beat India 5-3 in the semi-final of the Asian Champions Trophy in Dhaka on Tuesday. The team in blue will now face Pakistan for the bronze medal match while Japan take on South Korea in the title clash.

India were the overwhelming favourites before the start of the match after having thrashed the same opponents 6-0 in their last round robin match and also on head-to-head record, but the Japanese had other plans.

The Japanese looked a completely different side on Tuesday as they toyed with the defence of the Manpreet Singh-led side from the beginning.

India and Japan had met 18 times before with the hosts winning 16 games, while Japan emerged victorious on one occasion and one ended in a draw.

Japan will now take on South Korea in the summit clash, while India will be once again up against Pakistan in the bronze medal clash on Wednesday.

The tournament ended in a anti-climax for India as after having topped the round robin stages with an unbeaten record.

In the other semifinal of the day, South Korea beat Pakistan 6-5 in a thrilling contest.