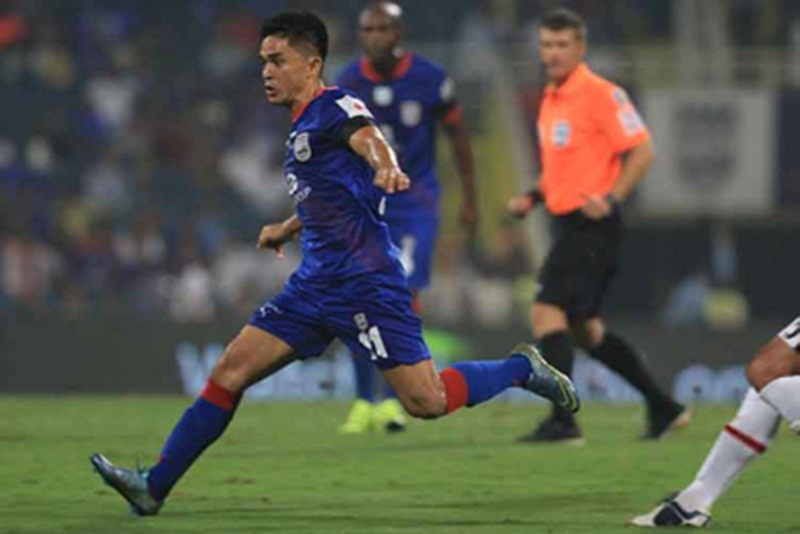 Chennai: Defending champions Chennaiyin FC notched up a 2-1 win over table-toppers Bengaluru FC 2-1 for only their second victory in what has been a disastrous season in the Hero Indian Super League here Saturday. After taking a 2-0 lead into the lemon break, Chennaiyin held on tenaciously despite a strong fightback from Bengaluru FC to snap their five match losing streak. Bengaluru FC, last year’s runner-up to Chennaiyin, remains on 31 points after 15 matches and will have to wait to seal a playoff berth. Chennaiyin, on the other hand, took its tally to eight points from 15 games but remains at the bottom of the table.

In the first half, Chennaiyin appeared to recapture some of its old form as they found the back of the net twice in the space of 10 minutes to leave the crowd in raptures. The home team started positively and attacked from the word go. Bengaluru FC grew into the game and were starting to threaten the Chennaiyin FC backline.