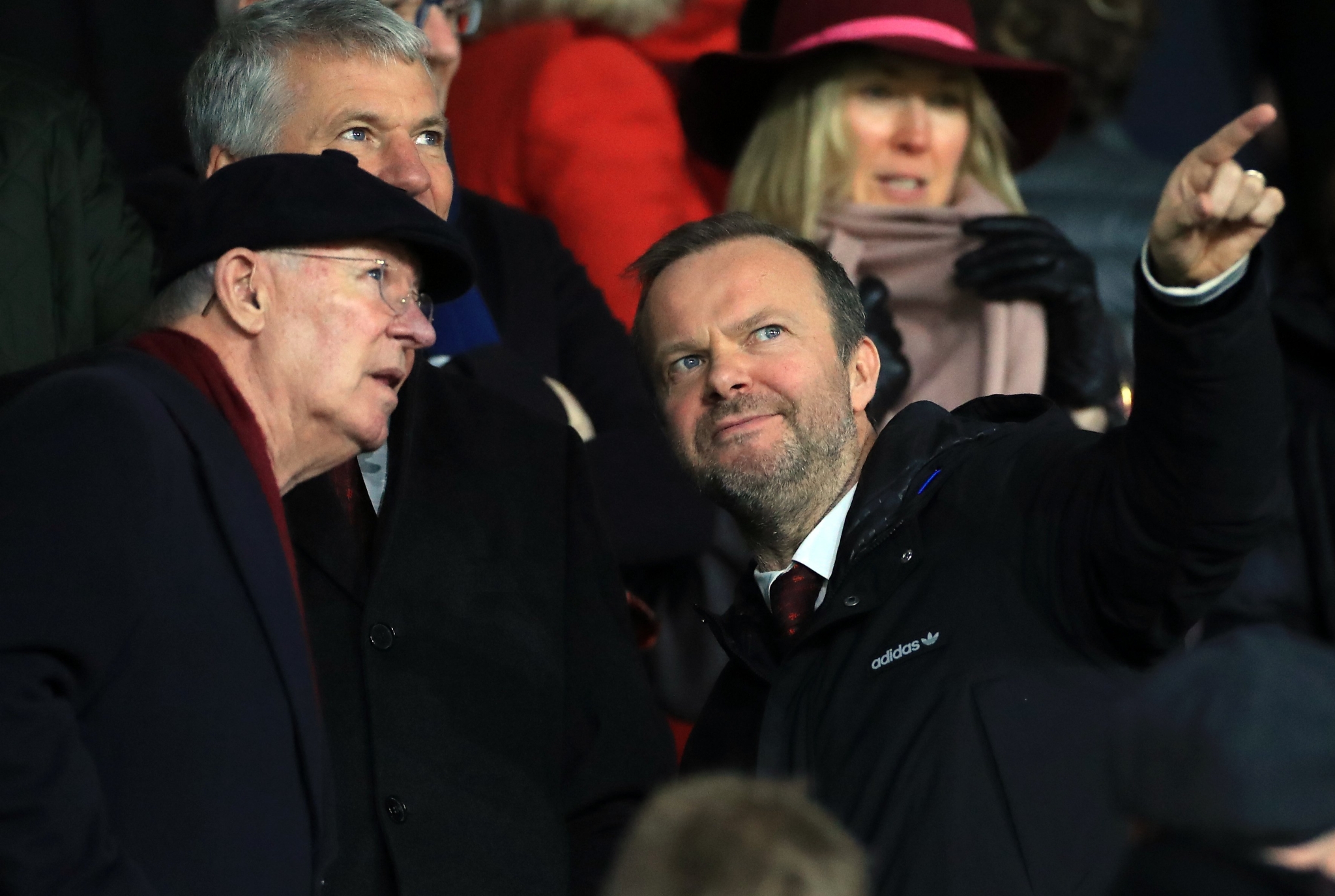 "Look at the score, Fergie. You sure you don't want to come back?" | Photo Credit: Squawka Football/Twitter

This past Sunday, a picture circulated on the internet seemed to show Sir Alex Ferguson and Ed Woodward locked in a heated debate while David Gill looked on, ostensibly taken during Manchester United’s 3-3 draw with Sheffield United.

As soon as the picture went viral, it was decided that Woodward and Sir Alex Ferguson were photographed in the middle of a particularly harsh argument. Naturally, this didn’t sit well with Man Utd fans.

Most of them hurled abuses at Woodward and called for his resignation from the club, along with a public apology to Sir Alex Ferguson.

However, body language expert Judi James explained that the exchange might not have been as heated as the picture suggests.

James said: 'Ed Woodward's very animated body language here suggests he's making some extremely lively and emphatic points to Sir Alex Ferguson while looking less than in awe of the Man United legend, who has a reputation for making some fiery points of his own in the past.

'The rounding of his cheeks and the slight pursing of his lips suggest overall good humour in Ed's approach but he is using enough signals of fight or battle here to suggest he's firmly standing his ground in the face of what could be any criticism from Ferguson.

'The impression of a battle between the two men comes primarily from the way the pointed fingers are being employed.

'This gesture is like an invitation to a 'duel', with the index fingers acting as weapon-substitutes.

'In this case, Woodward appears to avoid aiming any direct pointing with the back of the hand on top at Ferguson, which would form the kind of mimed 'poking/prodding' gesture that can often prompt an angry response.

'The one shot where he is pointing directly he keeps his hand palm-upward, suggesting he's keen to win verbal points rather than engage in an angry fight.

'Woodward's facial expression suggest total emphasis on his message, as though he could be responding to a criticism and keen to defend himself actively. His brows are fully raised, his eyes are wide open and staring in emphasis and his mouth is wide open too.

'There's a hint of humour in the slightly rounded cheeks here though, rather than suggestions of genuine, open anger.

'Both men have activated their index fingers here, which is a bit like unsheathing their weapons. Ed's is pointed to one side though and Fergie's is dropped down, so this isn't toe-to-toe at this moment.'

Essentially, it appears that Fergie and Woodward had been arguing about the game, where Utd struggled to overcome newly-promoted Sheffield United. Maybe what had gotten Woodward so worked up was a suggestion that Solskjaer is a good manager?