Here’s the story of Kidambi Srikanth, the only Indian to win a silver medal at the BWF World Championships 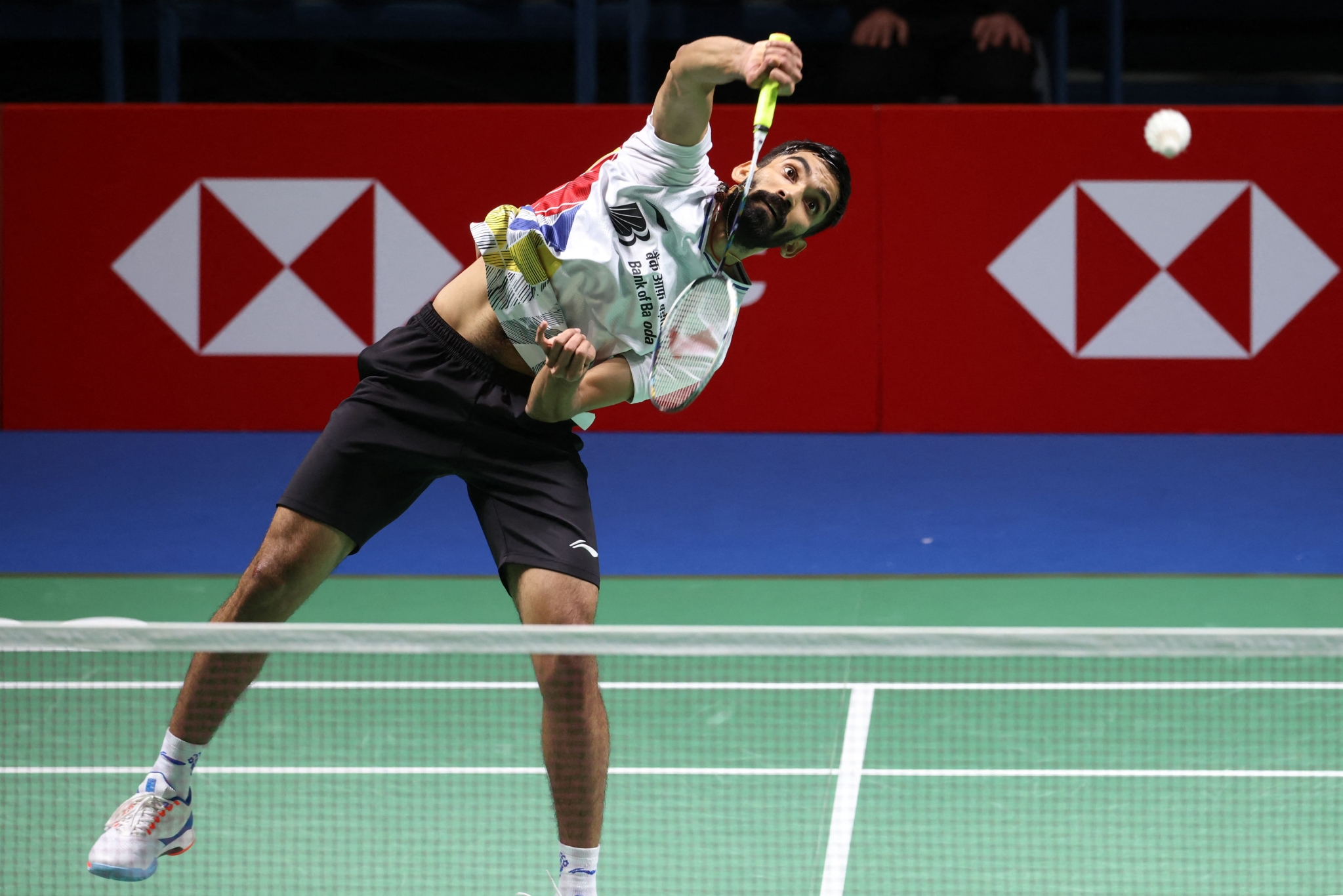 From being at the pinnacle of global rankings to hitting nadir by failing to qualify for the Olympics, K Srikanth has seen it all in a matter of four years. So, it was hardly a surprise that the seasoned shuttler's celebrations seemed muted after the history-making world championships silver.

He is not the one to celebrate comebacks.

This is something I really worked hard for, and I am really happy to be here today."

Instead, Srikanth displayed the equanimity that has helped him stay afloat during his struggle with fitness and form.

It was India's first ever silver medal in men's singles at the prestigious tournament but there were no fist-pumps or "dream come true" quotes.

All he could gather was "this is something I really worked hard for, and I am really happy to be here today."

Chief coach Pullela Gopichand understood what the 28-year-old was going through and was glad that he did not get swayed by the success that has followed months of toiling and heartbreak, the biggest one being the Olympic miss.

"I am happy with the way he reacted. Now it's time to tie his head down and look for consistency. It is good to be on the positive side ahead of a big year," an impressed Gopichand told PTI.

Even if he had let his hair down a bit, who could have judged him? Because for a while now, the biggest believer in his ability to do something big was Srikanth himself.

Faced with a visa issue, he was not even sure of making it to the tournament, leave alone winning a medal and he was just happy to be competing.

It was in 2001 when the man from Guntur followed in the footsteps of his brother Nandagopal to pick up the racquet.

Soon, he was training at the Pullela Gopichand academy and earned early success as a doubles player but he switched to singles on the advice of the chief coach and burst into the scene with the Thailand Open win in 2013.

He was hailed as the next big thing when he shocked five-time world and two-time Olympic champion Lin Dan in the final of China Open Super Series Premier event, a performance that also held out promise of a medal at the Rio Olympics.

But Srikanth faltered at the quarters at Rio after Lin Dan avenged his loss at the biggest stage.

However, the Indian soon returned to stun the badminton world by claiming four super series title in five finals in 2017, a feat achieved only by the likes of Lee Chong Wei, Lin Dan and Chen Long in a calender year.

Soon he was the toast of the whole country but then he injured his knee during the French Open in November that year and aggravated it at the national championships.

He recovered to claim the coveted Commonwealth Games gold at Glasgow, 2018 and earned his place at the top of the world ranking for a week in April too but then came the slide.

The knee injury and other niggles, especially related to his ankle, affected his performance.

With the Olympic qualification round the corner, Srikanth also rushed his return from injuries and the haste expectedly backfired.

His movement was slow, his precision was fractionally off and as a result, the number of international wins dwindled because of which his ranking started plummeting and he was out of the top 10 in November 2019.

He stayed committed to the process and while he was beating the top guys once in a while, Srikanth lacked consistency. A series of quarterfinal and semifinal finishes kept him afloat but he needed a title win, a taste of what it feels to stand at the podium again.

The Covid-19 pandemic first seemed like a blessing in disguise as he could get back to his best shape but then the second wave hit, leading to cancellation of three Olympic qualifiers and his hopes of making it to the Tokyo Olympics evaporated.

When the international circuit resumed, Srikanth once again looked for that one win which could reinstate his confidence.

Although wins were difficult to come by, his gritty show in a three-game thriller against two-time world championships gold-medallist Kento Momota at the French Open in October gave him a boost.

He turned a corner after that, reaching the semifinals at the next two events -- Hylo Open and Indonesia Masters.

But he still needed some luck to get closer to the title.

It came his way when he emerged as the highest seeded player in his half following withdrawals of Momota, Jonatan Christie and Anthony Ginting in Spain.

Srikanth grabbed the opportunity with both hands and on Sunday achieved his long cherished dream of a world championship medal but it was clear he was not going to sit on the laurels.

There will be a lot at stake in 2022 and he can't wait to make his comeback story a bit more enchanting.

"I'll just try and continue to work hard, it's a process. Lots of tournaments next year with Asian Games, CWG, and other Worlds. Big year... will try and learn from this experience and work on it."