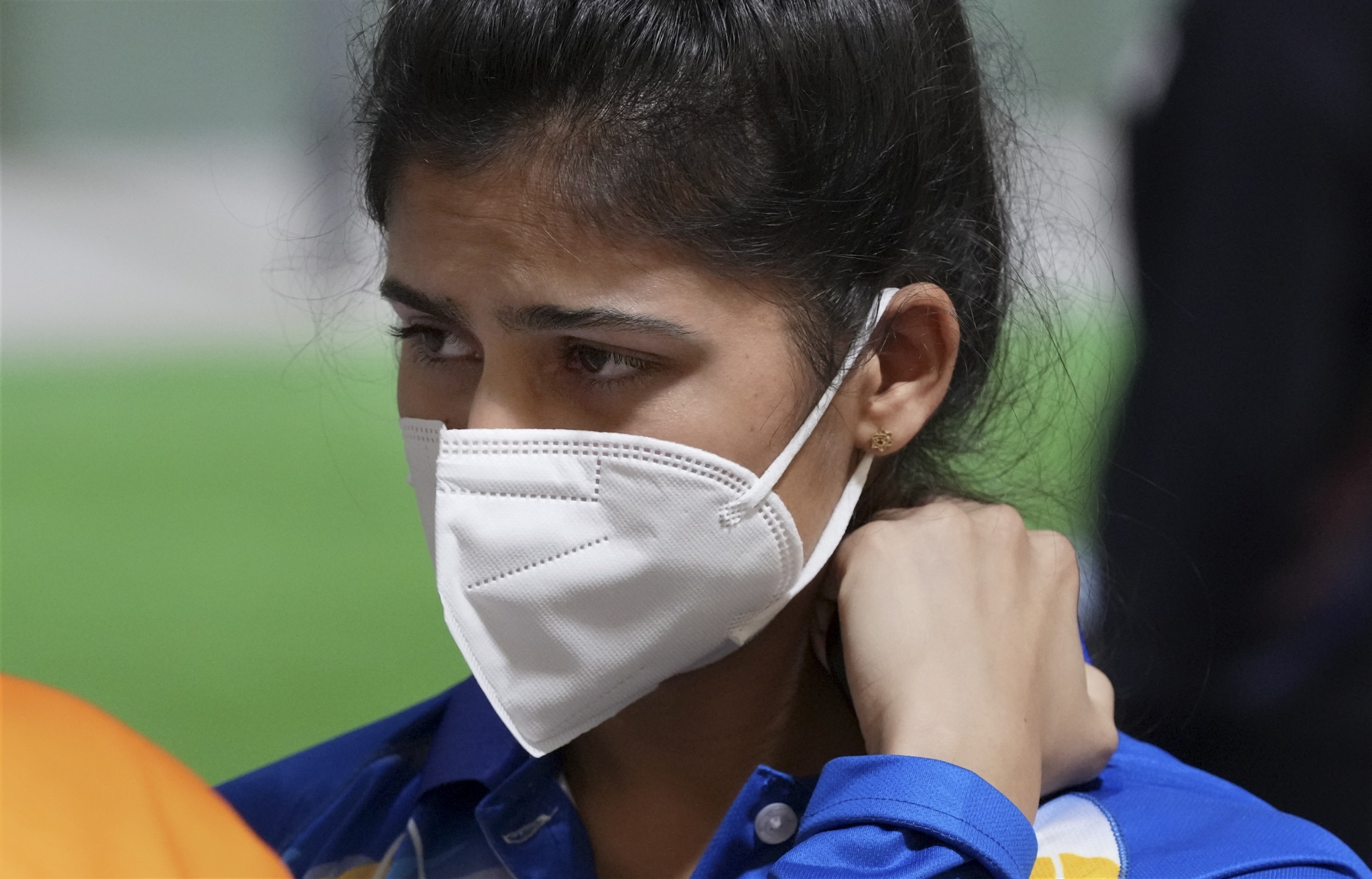 Mumbai: India’s Manu Bhaker suffered an unfortunate equipment malfunction during the qualifying round of the women’s 10m Air Pistol event, at the Tokyo Olympics on Sunday. Despite losing crucial time, she fought back gallantly but missed the final by two points.

But, her male counterparts made amends with Angad Vir Singh Bajwa taking the 11th spot on countback in skeet — he missed two targets out of 75. He still stand a chance to claim a spot in the top six at the finals. At the Asaka Shooting range, Angad had scores of 25, 24, 24 in the first three series and will come back on Monday to shoot the final two series in qualifying.

It was a technical snag, which robbed the Indian shooting ace Manu Bhaker of precious 20 minutes during her qualifications, leading to a heartbreaking exit from the women's 10m air pistol event. The technical snag, which caused the pistol's cocking lever to break, left her to shoot 44 shots in 55 minutes.

When she came back to the firing point after getting the issue sorted, Manu had to complete the remaining number of shots in 36 minutes, an improbable task at any level of competition. Once she had returned to the range, more agony awaited the 19-year-old as almost five minutes were lost in checking the repaired gun in the sighter (practice).

A score of eight for the final shot when she was completely out of time, meant that she finished with a score of 575 to finish 12th in the final standings. The eighth and final qualifying spot went at 577 and an inner ring 10 would have made her qualify.

“The cocking lever of the weapon broke after 16 shots. We had to get it changed. She had 44 shots remaining in 56 minutes and then when we restarted it was 44 shots in 38 minutes. To change the lever, the grip and the trigger circuit has to be removed. They were put back but then the circuit would not work, so we had to change that again. She was placed fourth when all this happened and by the time she resumed, others were in their fourth series while she was still on her second. No extra time is allowed according to the rules and the pressure at the end was too much. We are proud of the way she shot today,” said pistol coach Ronak Pandit.

Yashaswini Deswal also fought hard in the same event. But she too dropped four crucial points in the last five shots including an eight for the 59th shot, to finish a point as well as a spot behind Manu.

Russian Olympic Committee (ROC) athlete Vitalina Batsarashkina won gold, improving upon the colour she won at Rio with a new Olympic record score of 240.3 at the end of the 24-shot final. Antoaneta Kostadinova of Bulgaria won silver, while China’s Jiang Ranxin won bronze.

There was heartbreak for Deepak Kumar and Divyansh Singh Panwar as they failed to stay alive in the men’s 10M Air Rifle evenly. The Indian duo finished 26th and 32nd in qualifying, respectively. Deepak shot a score of 624.7 while Divyansh was further back with 622.8. Both had a weak first series of 10-shots where they scored 102.9 and 102.7 respectively and never recovered.

The USA’s William Shaner, who had won the World Cup in New Delhi earlier this year, won gold with yet another Olympic record score of 251.6. The two Chinese, Sheng Lihao and Yang Haoran followed for silver and bronze.