Heartbreak for eves; As they go down 1-2 to Argentina and crash out of Olympic hockey final race 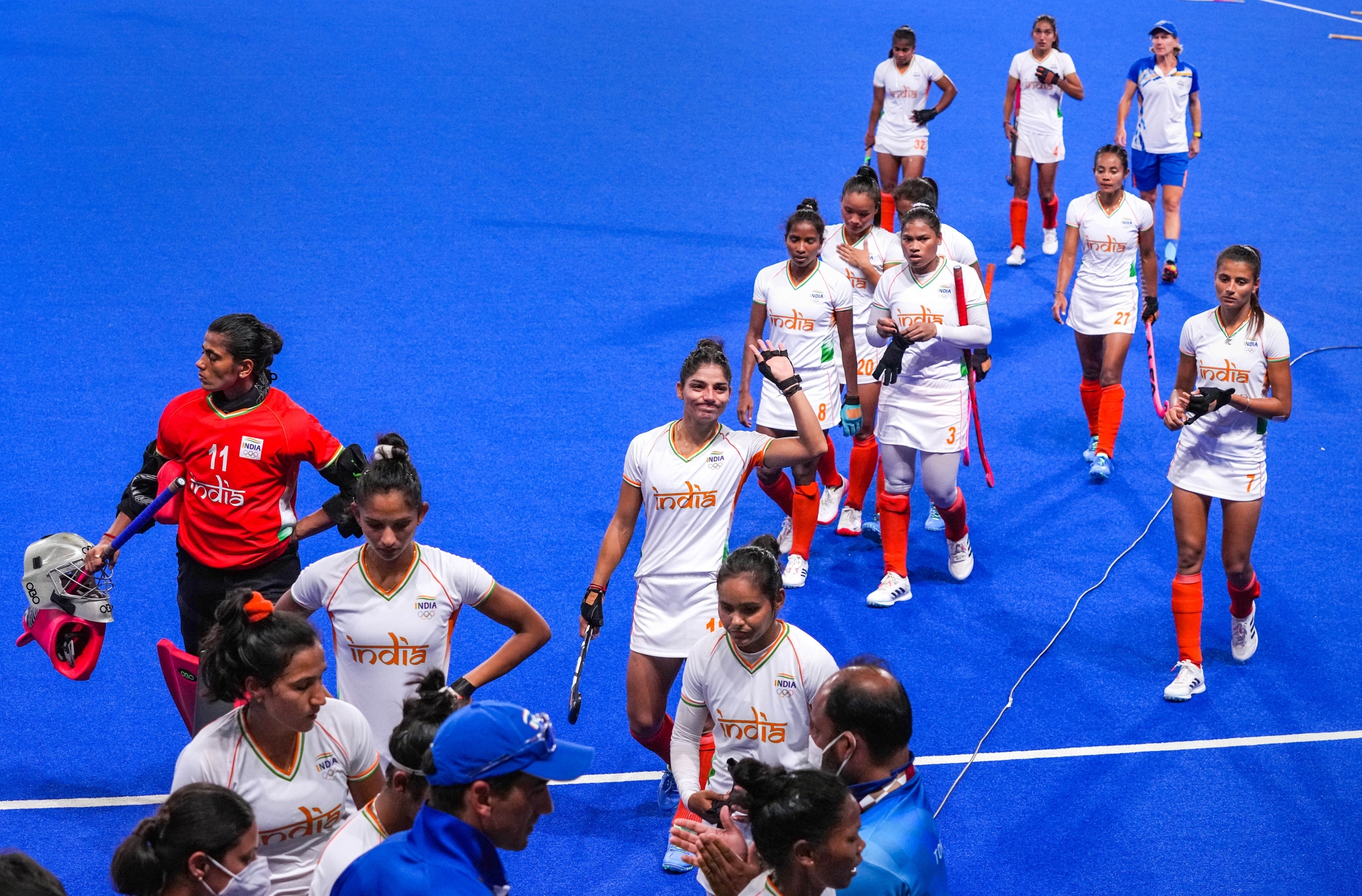 Tokyo: After a promising start going ahead in the second minute of the game, Indian women's second quarter mix up let them down, as they went down to Argentina 2-1 and for the place in the final, at the Tokyo Olympics on Wednesday.

These brave girls who were gunning for more glory after making to the last four for the first time, could not carry on with their good work as fumbled at the post. But, they still have a last chance to make it to the podium when they face off Great Britain on Friday.

The players had hardly settles, when Gurjit Kaur converted the first penalty corner. But thereafter Rani Rampal and her girls could not hold on to the lead or build on it as they went down 1-2.

Las Leonas bounced back strongly with skipper Maria Barrionuevo struck twice in the 18th, 36th minutes converting the penalty corners to see them through to the final.

Argentina dominated in terms of possession, and their attack from the left wing messermised the Indian defence.

Despite penetrating their opponent's circle on numerous occasions, Argentina failed to create a clear cut chance in the first quarter as the Indians defended stoutly.

It was India who grabbed with both hands, the first opportunity that came their way.

India secured a penalty corner with their first circle penetration and it was perfectly converted by Gurjit with a powerful drag-flick to hand her side an unexpected lead.

Thereafter it was all Argentina, which exerted tremendous pressure on the Indian defence with relentless attacks but somehow India managed to keep the ball away from the net.

Most of Argentina's attacks came from the left flank and they kept up the pressure on the Indian defence in the second quarter.

Minutes into the second quarter, Argentina secured two penalty corners in quick time, the second of which was converted by skipper Barrionuevo to level the scores.

India got two more penalty corners in the second quarter but wasted both.

Three minutes from half time, Argentina earned their fourth penalty corner of the match, again from an attack from the left flank, but this time the Indian defence was upto the task.

Argentina continued in the same vein after the change of ends and attacked the Indian goal, securing two more penalty corners soon and once again Barrionuevo was bang on target.

Barrionuevo's flick crashed into the board after getting a deflection of Sushila Chanu's legs as Argentina took a 2-1 lead.

The difference between the two sides was the battle in the mid-field which the Argentines won hands down.

The Indians were also guilty of sitting back and defending and not forcing the pace after taking the lead.

Trailing by a goal, the Indians showed intent in the fourth quarter and put the Argentine defence under pressure in search of the equaliser. This is something which they needed to do after taking the lead.

India put continuous pressure in the last 15 minutes and secured their fourth and final penalty corner in the 51st minute but experienced Argentina goalkeeper Maria Succi made a brilliant save to deny Gurjit.

Seventeen seconds from the final hooter, Succi came to her side's rescue again when she brilliantly kept out Navneet Kaur's deflection from Udita's hit from outside the circle.

The Indians immediately asked for a referral for dangerous ball but the TV umpire rejected it, breaking the hearts of the courageous lot, who can hold their heads high in pride.

India at a glance

Aditi Ashok at tied second after round 1

Diksha Dagar at tied 56th after round 1

Anshu Malik lost, will play in repechage round

Deepak Punia lost in semifinals; will play for bronze

07.30: Anshu Malik in repechage round of women's freestyle 57kg