England captain Ben Stokes has made a ringing endorsement of their new head coach, Brendon McCullum, ahead of their first Test assignment against New Zealand, saying the former Black Caps star "makes us feel 10 feet tall".

Giving an insight into his new coach's coaching style and philosophy ahead of the first Test against New Zealand at the Lord's later on Thursday, said McCullum has explained to them the way he coaches.

"He has done everything like he explained, the way he coaches," Stokes said. "He hasn't thrown one ball yet, he has lived up to that, but he has been good. He is all about making everyone feel, in his words, '10 feet tall'.

"I think it is pretty obvious in the way he will speak in the dressing room, because of the way he played cricket and when he was in charge of New Zealand. It's been a good few days working with him," the New Zealand media quotes Stokes as saying on the eve of the first Test.

Though McCullum does not have experience in coaching a national team and most of his success came in the Indian Premier League, his surprise choice has produced positive vibes in the England team.

Stokes said he was looking to push the team forward after a poor run in Tests over the last few years and felt it was a new beginning rather than a new look.

"I just want everyone to feel free under my captaincy," Stokes said as he takes over from Joe Root. "Obviously there has been talk around the word 'reset', which is something I don't particularly like. I just see this as a complete and utter blank canvas for this test team going forward.

"We have got so much experience in that dressing room, with myself, Joe Root, Broady, Jimmy Anderson, Jonny Bairstow, and at the other end we've younger lads with inexperience. But this is our time, we are going to dictate how things go, going forward. There is nothing on this blank canvas. Everyone is starting fresh now, whether you are Matt Potts or Stuart Broad or Jimmy Anderson."

Stokes is expected to be a key performer for England against New Zealand and says captaincy duties will not weigh him down. "It is a new responsibility, but I will just be going out there, trying to do the same thing as I have in my games that I have played already, which is to try and win games for England," he said according to a report in stuff.co.nz.

"I just have a bit more to think about now. I am excited, but I don't see this as any hinderance to what I bring to the team, as a few people have suggested I might. It is going to be a very proud moment, but it is what it is," the report said. 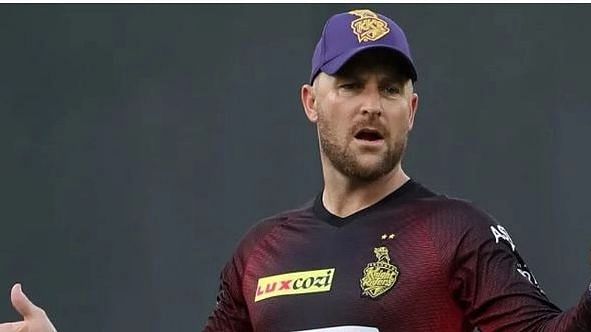