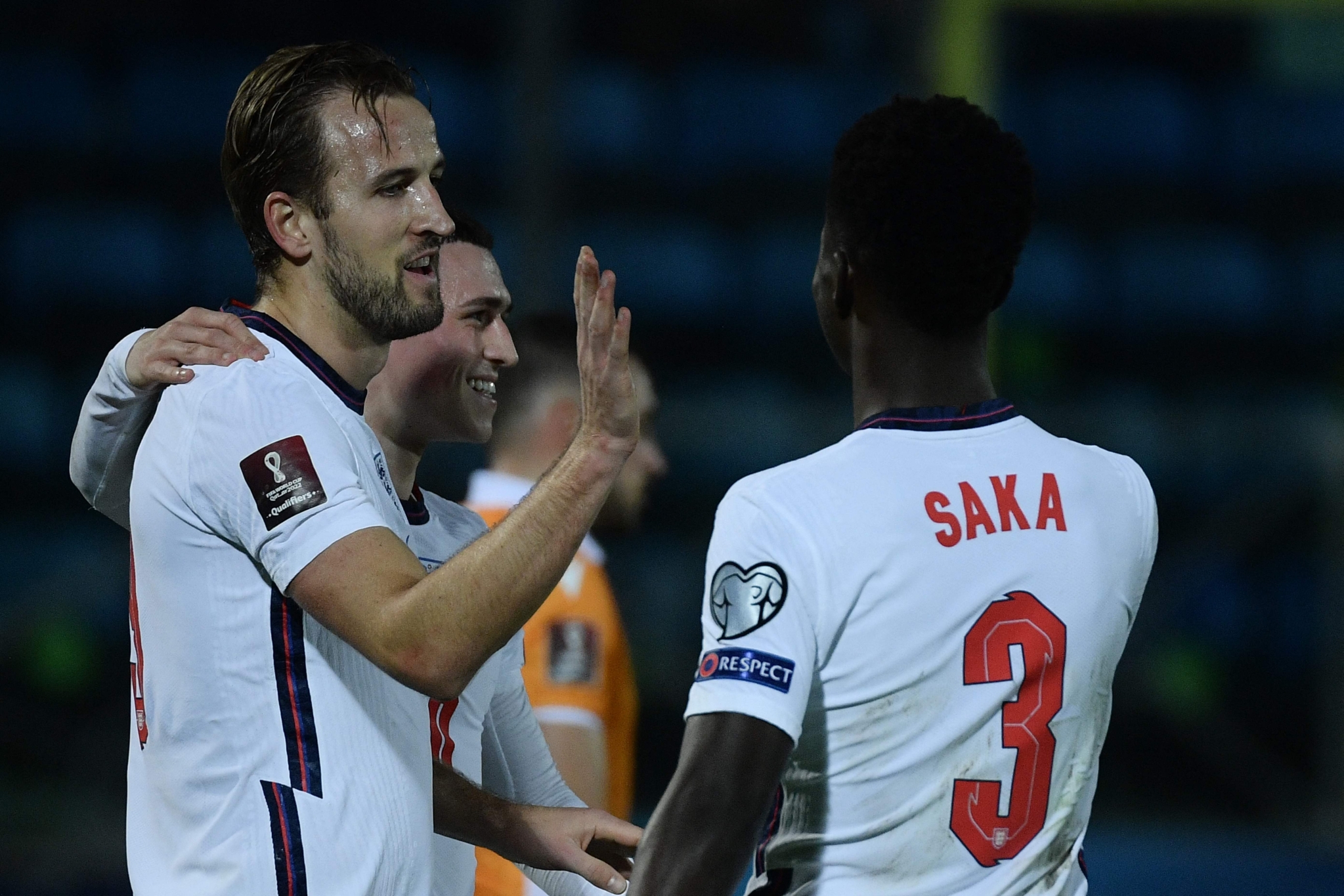 England hit double figures in goals in a competitive game for the first time to power into the World Cup.

Harry Kane enjoyed himself, in particular, in the embarrassingly one-sided 10-0 win over San Marino that secured England first place in Group I of European qualifying on Monday.

England's captain scored four goals — all in the first half, with two of them being penalties - to move his international tally to 48, which is tied with Gary Lineker and only five off Wayne Rooney's all-time record for the country. Kane finished 2021 with 16 goals for England, a national record for a calendar year, and it could have been more if he hadn't been substituted just after an hour.

If we left him on another half an hour, we would have had Wayne Rooney's family on the phone. He is a phenomenal goal scorer.”

"If we left him on another half an hour, we would have had Wayne Rooney's family on the phone," England coach Gareth Southgate said.

"He is a phenomenal goal scorer," he added about Kane.

"We wanted to give him the chance tonight and he took it well."

Harry Maguire, Emile Smith Rowe, Tyrone Mings, Tammy Abraham and Bukayo Saka also scored, along with an own-goal, as England showed no mercy against the world's lowest-ranked team — a lineup filled with non-professionals who were using annual leave from their day jobs to play in the qualifier in Serravalle.

When England got to double figures after 79 minutes, there appeared to be a good chance the team could at least match its biggest ever win — 13-0 over Ireland in 1882. That's one of only three times England has scored 11 goals or more.

This was England biggest victory since 1964 when it achieved 10-0 against the United States in New York.

“We cannot do anything about the level of opposition,” Southgate said, "but the mentality and the way they applied themselves was terrific."

England finished on 26 points, six clear of second-placed Poland, which lost at home to Hungary 2-1 and might be unseeded for next year's playoffs. That would mean Poland playing away in its one-leg semifinal in one of the three playoff brackets.