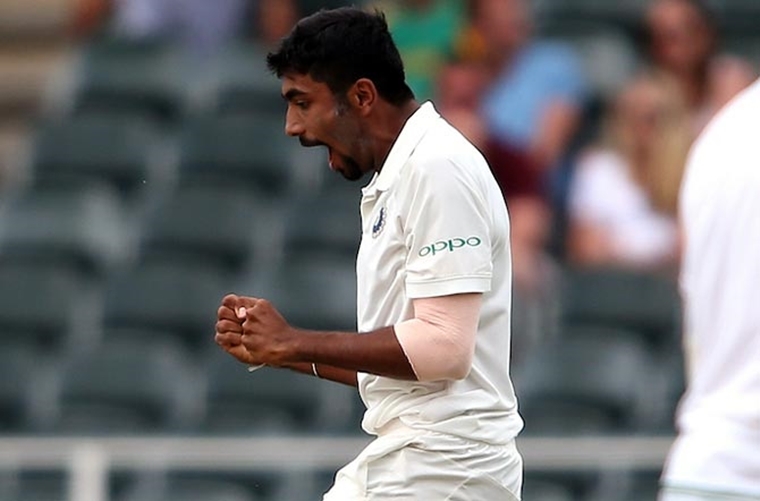 India's prime pacer Jasprit Bumrah will turn 27 on December 6. Over the years, Bumrah has established himself as one of the finest Indian bowlers of all time.

Bumrah also holds impressive records to his name. The pacer is the first Asian bowler to register 5 wickets in a test innings in South Africa, England and Australia during the same calendar year.

In his Test debut year, Bumrah recorded 48 wickets, surpassing Dileep Joshi to break a 40-year Indian record in the longest format of the game.

On the occasion of his birthday, here's a throwback to the time when Bumrah scripted a prestigious achievement in Test cricket.

In 2019, Bumrah became the third Indian bowler to take a hat-trick in Test cricket after he dismissed Darren Bravo, Shamarh Brooks and Roston Chase off consecutive balls on Day 2 of the second Test between India and West Indies.

That was only the 44th instance of a bowler taking a hat-trick in the history of Test cricket and the third time that an Indian has done so. Harbhajan Singh did so in the historic Eden Gardens Test between India and Australia in 2001 when he got Ricky Ponting, Adam Gilchrist and Shane Warne off consecutive deliveries.

Irfan Pathan then dismissed Salman Butt, Younis Khan, and Mohammad Yousuf in the third Test of India's 2005/06 tour of Pakistan in Karachi.

Coming back to the present, Bumrah is currently in Canberra for India's tour of Australia. After winning the Indian Premier League title with Mumbai Indians for a record fifth time, Bumrah travelled with the Indian squad to Australia to play 3 ODIs and as many T20Is, followed by 4 Tests.