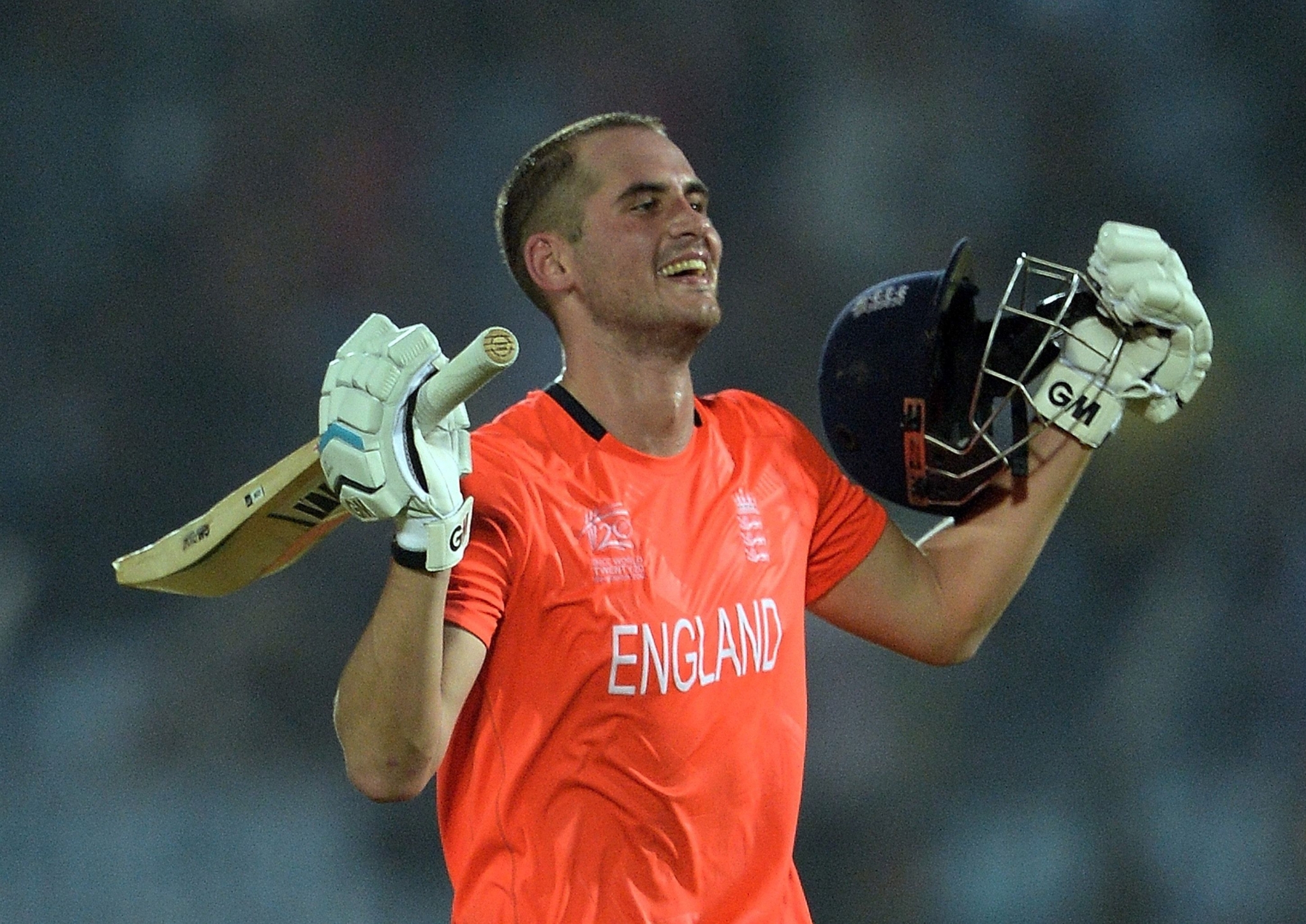 Chittagong: Alex Hales hit a sensational unbeaten hundred as England pulled off a dramatic six-wicket win over Sri Lanka to throw open the Group I in the WT20 on Thursday.Chasing a huge 190-run target, England rode on Hales’ magnificent maiden T20 hundred to overhaul the target with four balls to spare after losing two wickets for no score in the first over.

In an extraordinary display of power hitting, Hales punished the Lankan bowlers with half-a-dozen sixes and 11 boundaries as his blistering 116-run knock came off just 64 balls. He finished the match with a huge six off Angelo Mathews to keep England afloat in the tournament. Sri Lanka posted a huge 189 for four as Jayawardene came up with a blistering 89-run knock while Dilshan played a perfect second fiddle with a 47-ball 55 in their huge 145-run second-wicket partnership after being invited to bat.

England, who chose to field, were guilty of dropping at least four catches. Twice they let Jayawardene off the hook. England could not have dreamt of a worse start as they lost Michael Lumb and Moeen Ali to Nuwan Kulasekara in the very first over, without a run on the board.

However, Hales and Eoin Morgan turned the match on its head with sensational hitting as the two batsmen joined hands to rattle up a 152-run stand for the third wicket. The contest became an edge-of-the-seat thriller as Kulasekara returned and again took two wickets in an over. Hales completed hit  two consecutive sixes to send the shock-waves in the Lankan camp. They needed only seven off six balls and Hales finished it of in style with a soaring sixs.      —PTI