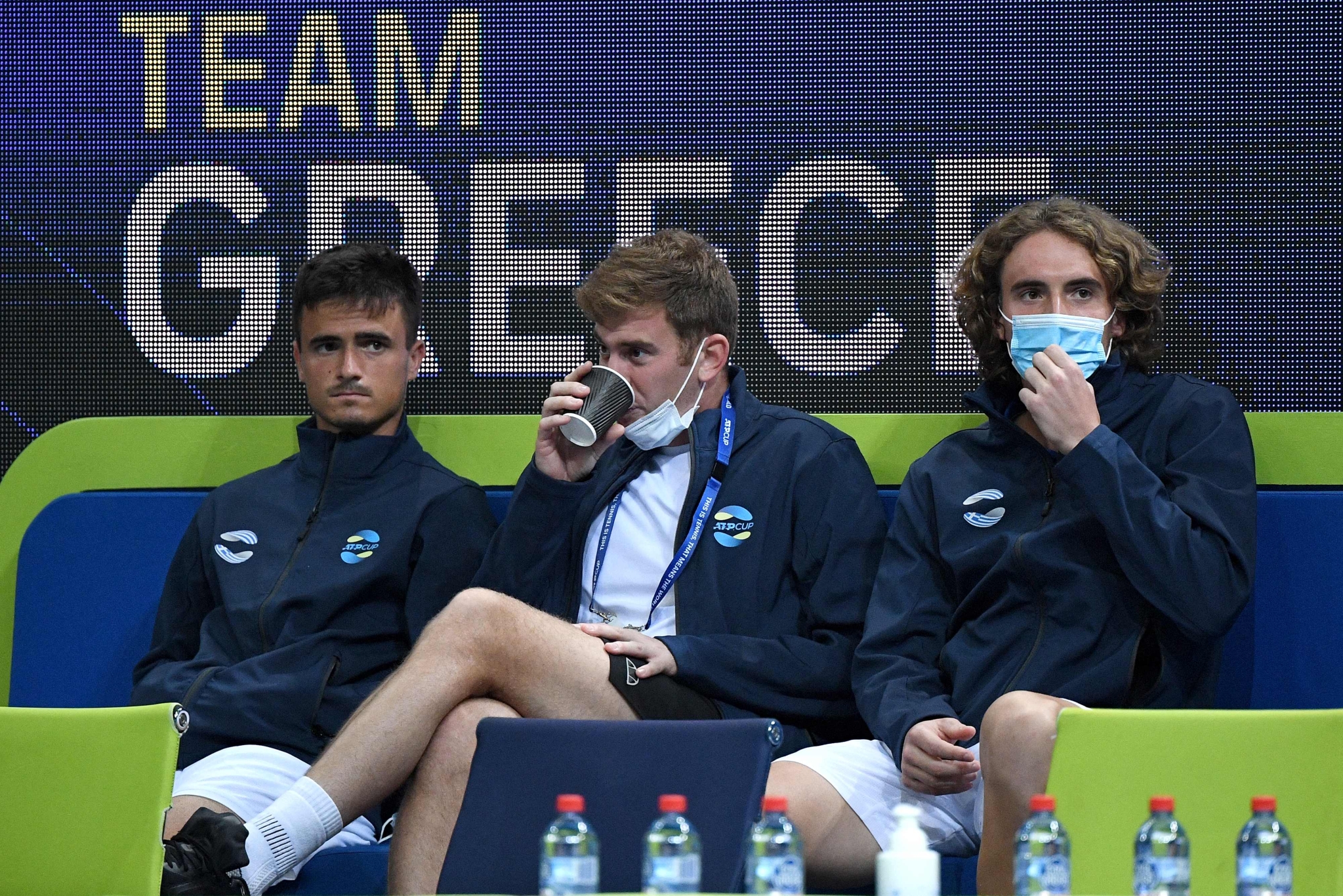 Greece badly missed elbow-injury victim Stefanos Tsitsipas in the singles when it was beaten by Poland on the opening day of the 16-team ATP Cup tournament on Saturday.

World number four Tsitsipas was a late withdrawal from his match with ninth-ranked Hubert Hurkacz, who went on to beat replacement Aristotelis Thanos 6-1, 6-2 to give Poland an unassailable 2-0 lead after Kamil Majchrzak had defeated Michail Pervolarakis 6-1, 6-4 earlier.

Tsitsipas watched from the team bench, with ice wrapped around his right elbow, as the 1,076th-ranked Thanos was outclassed by Hurkacz.

Greece then gained some consolation when Tsitsipas combined with Pervolarakis in the doubles to overcome Szymon Walkow and Jan Zielinski 6-4, 5-7, 10-8.

Tsitsipas had an operation in late November, with a flare-up a concern ahead of this month's Australian Open.

“The recovery from my elbow surgery is on track and today was a precautionary step to make sure I make Melbourne,” Tsitsipas said.

“We will see day-by-day, match-by-match until then.”

Argentina beat Georgia 3-0, while Spain easily accounted for Chile by the same margin at the tournament being played across two Sydney stadiums.

World number 13 Schwartzman defeated Georgia’s Nikoloz Basilashvili 6-1, 6-2, after compatriot Federico Delbonis won by the same score against Aleksandre Metreveli to give Argentina a 2-0 lead from the singles matches.

Maximo Gonzalez and Andres Molteni then gave the Argentines a clean sweep defeating Georgian pair Saba Pertseladze and Zura Tkemaladze 6-1, 6-2 in the doubles tie to give Argentina a 3-0 win.

World No.20 Pablo Carreno Busta gave Spain an early lead as he rallied from being a break down in both sets to defeat Chile's Alejandro Tabilo 6-4, 7-6 (7-4).

Roberto Bautista Agut appeared in excellent form as he disposed of Chile's world No.17 Cristian Garin 6-0, 6-3 to seal the tie for Spain.

Alejandro Davidovich Fokina and Pedro Martinez clinched a clean sweep for Spain with a 7-6 (3), 4-6, 10-7 win over Chile’s Tomas Barrios Vera and Tabilo.

Even without Rafael Nadal, who’s preparation for the Australian Open has been disrupted by a positive test for coronavirus, Spain showed why they are among the favoured teams at the tournament.

“Today was a good start for me, a very solid game, really happy. I like these conditions,” world No.19 Bautista Agut said.

Serbia, which is without world No.1 Novak Djokovic, begins its tournament against Norway, led by world No.8 Casper Ruud, later on Saturday.

The other eight teams begin play Sunday: Russia vs France, Italy vs Australia, Canada vs the United States and Germany vs Britain. 7 Monaco players positive for Covid-19 ahead of French Cup