The Indian No. 2 is on 3.5 points with two wins and three draws
FPJ Web Desk 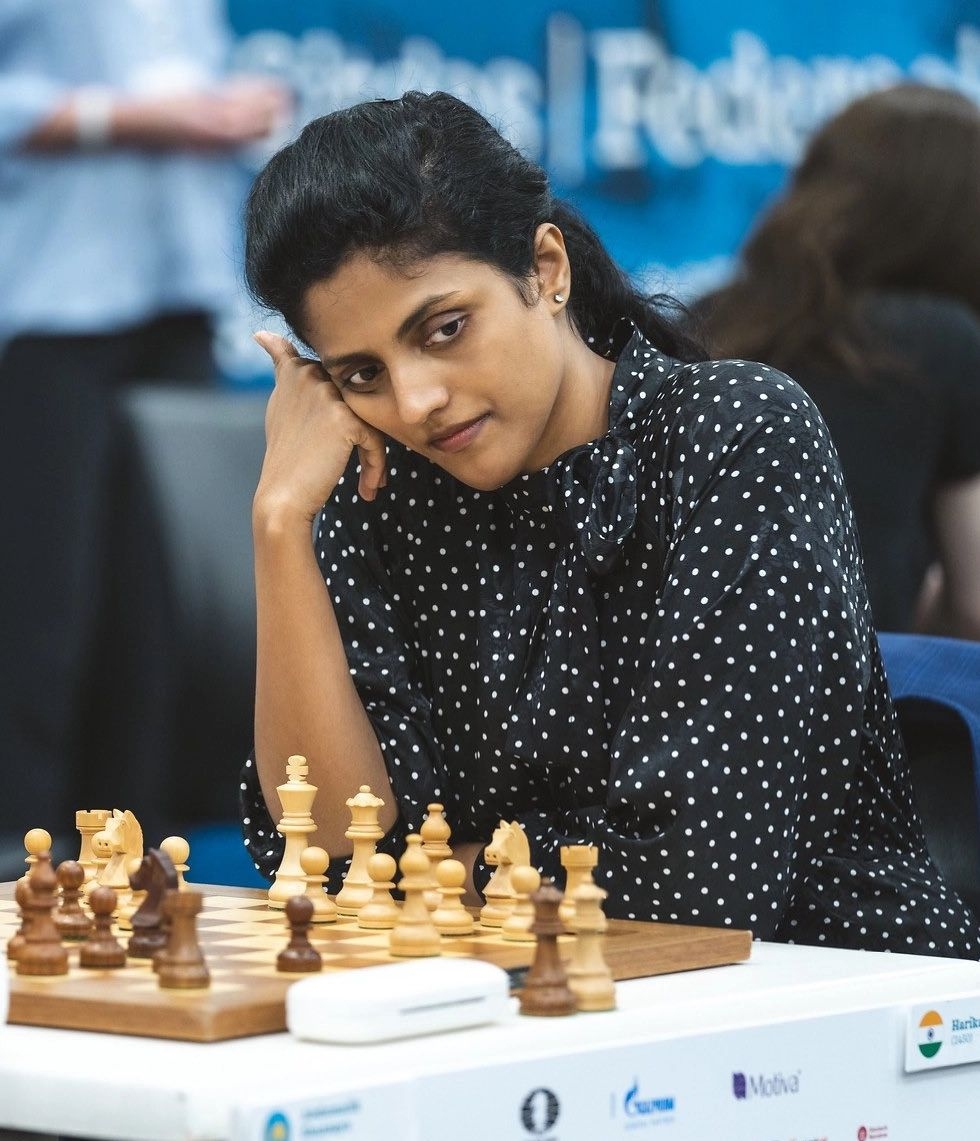 Riga (Latvia): Indian star Dronavalli Harika drew her fifth round game against Natalija Pogonina to be placed joint second with three others on 3.5 points in the FIDE Grand Swiss chess tournament for women here.

In the Open event, experienced Grandmaster K Sasikiran took down 10th-seed Vladimir Fedoseev of Russia in 53 moves in a French Alekhine variation game to improve his tally to 3.5 points.

Harika took on the two-time Russian champion Pogonina on the third board in an Italian Game. She exerted heavy pressure and created a decisive advantage, but a couple of sub-optimal moves from her part were enough to let the victory slip away.

The duo split the point in a dead equal position. The Indian no.2 now has two wins and three draws.

The young Divya Deshmukh was the only winner among the Indian women as she scored over local favourite Madara Golsta in 49 moves in a Nimzo-Indian game to take her tally to two points.

While Vaishali's score is now 2.5, Vantika is at 3 points.

Padmini Rout went down to Batkhuyag Munguntuul (Mongolia) in round five to remain on two points.

A bunch of five players are in co-lead with four points after the conclusion of the fifth round.

In the Open event, Alexei Shirov and Evgeniy Najer joined Alireza Firouzja as the leaders with Ivan Saric and Armenian Robert Hovhannisyan on 4 points each.

Firouzja drew his game against Maxime Vachier-Lagrave, while world No.2 and top-seed Fabiano Caruana got the better of David Howell of England.

Among the Indians, there were wins for K Sasikiran, R Praggnanandhaa, Raunak Sadhwani, Arjun Erigaisi, Surya Sekhar Ganguly and B Adhiban.

Nihal Sarin, who drew with Manuel Petrosyan (Armenia) moved to 3.5 points and is in seventh spot.

P Harikrishna, the highest rated Indian in the fray, could not break down the defences of Dariusz Swiercz and had to settle for a draw, taking his tally to three points.

Sasikiran, with his upset win over Fedoseev is placed 16th with 3.5 points.

Ten Indian men and five women feature in the tournament.

The Grand Swiss Tournament and Women's Grand Swiss 2021 are part of the qualifications for the 2021-23 World Championship cycle. The top two finishers will qualify for the Candidates Tournament 2022.