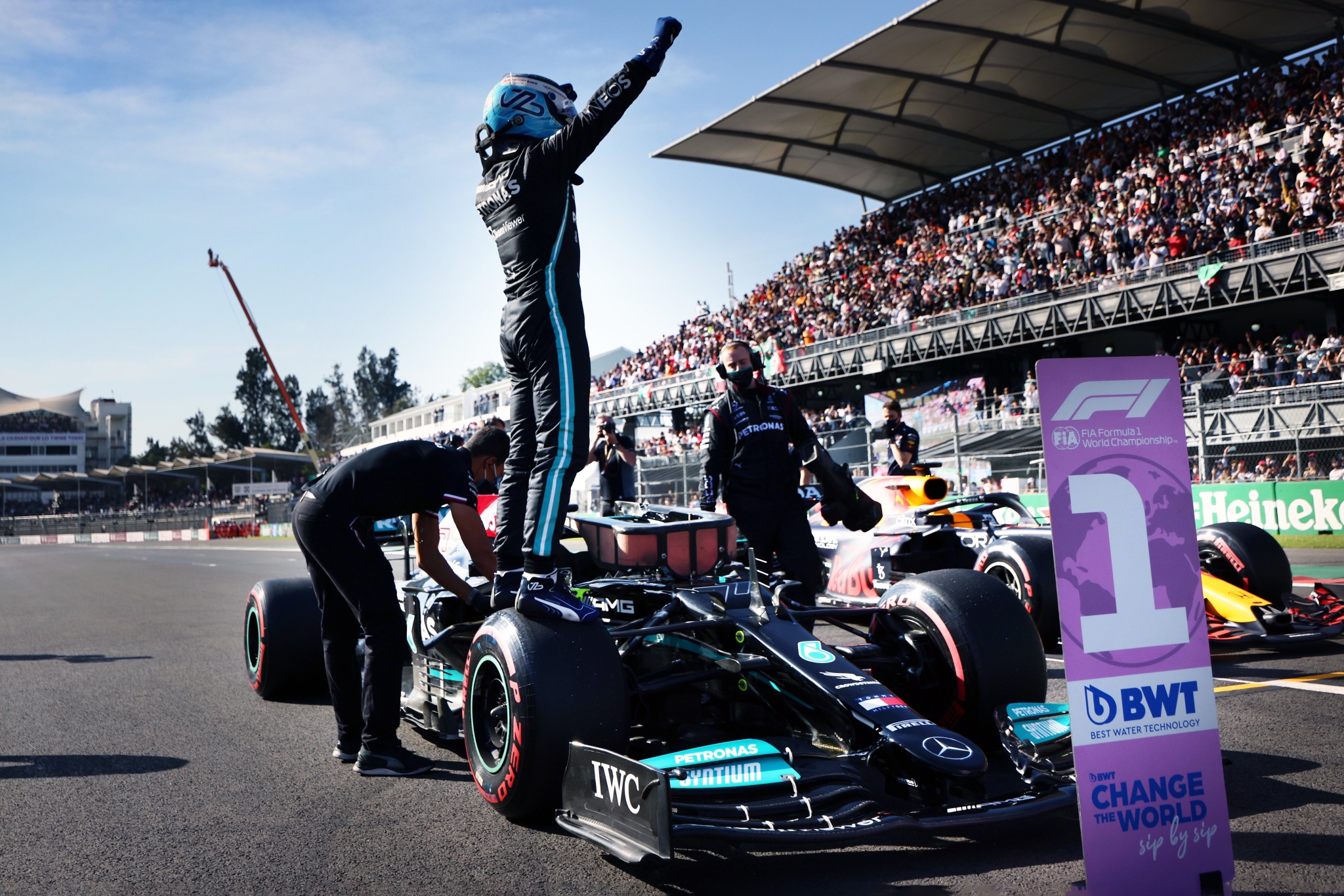 Valtteri Bottas after topping qualifying at the Mexican GP on Saturday | Photo: Twitter

Mercedes got the front-row lockout for the start of the Mexico City Grand Prix. The challenge will be holding off the hard-charging Red Bulls and Max Verstappen over 71 laps on Sunday.

Valtteri Bottas and Lewis Hamilton seized on what Verstappen called a "terrible" qualifying for Red Bull on Saturday to earn Mercedes its first 1-2 start of the season.

Bottas starts from pole position and, most critically, Hamilton gets an early race advantage over Verstappen in their fight for the season championship.

"It's a real surprise and a shock to us to see we're on the front row," Hamilton said. "I don't really have an answer for it, but I'll take it for sure. Really grateful to be up there with Valtteri." Shock indeed. The high altitude of Mexico City was supposed to make the Autodromo Hermanos Rodriguez Red Bull territory, and Verstappen and teammate Sergio Perez looked strong in practice and the first two stages of qualifying. So much so that even Hamilton seemed unsure how Mercedes would hold the lead Sunday.

But if they can, the British driver could take a big chunk out of Verstappen's lead in the championship.

"All our results (over practice) have shown that we're behind," in race trim, Hamilton said. "So who knows? We'll work as a team to try and battle them and keep it." Verstappen is chasing his first career championship, and Hamilton his eighth, which would be an Formula 1 record. 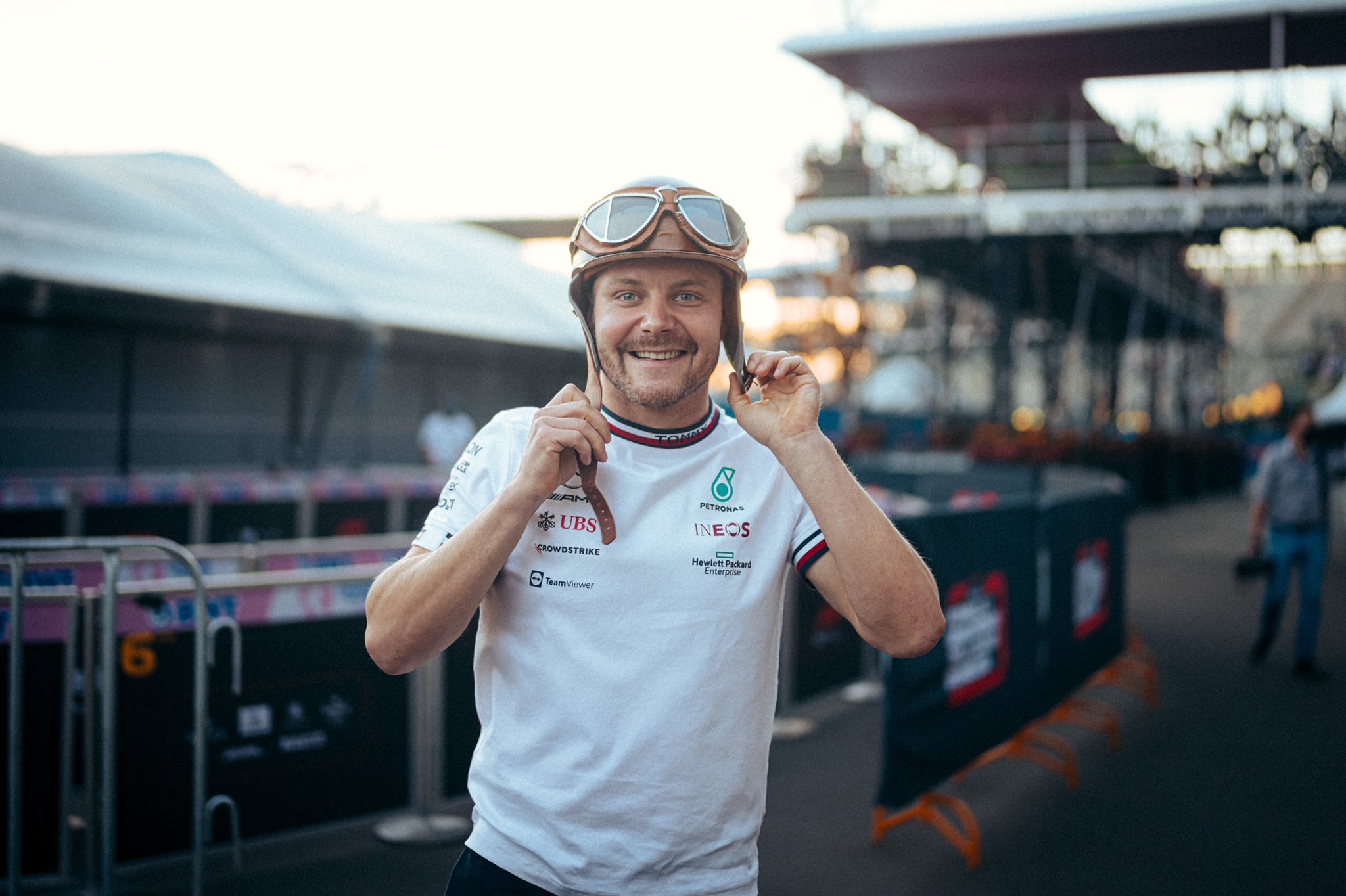 Verstappen teammate Sergio Perez will start fourth, a disappointing result in front of a home crowd of more than 100,000 that loudly cheered his every lap. The only Mexican driver in F1, Perez is adored in Mexico City and expected to have a realistic chance at pole position, and possibly even a race victory.

Red Bull had faced questions this week whether Perez would be told to let Verstappen pass him in the race, even if it meant possibly giving up a victory, in order to help Verstappen in the championship.

The first priority of team strategy now will be how to work together to pass Mercedes. 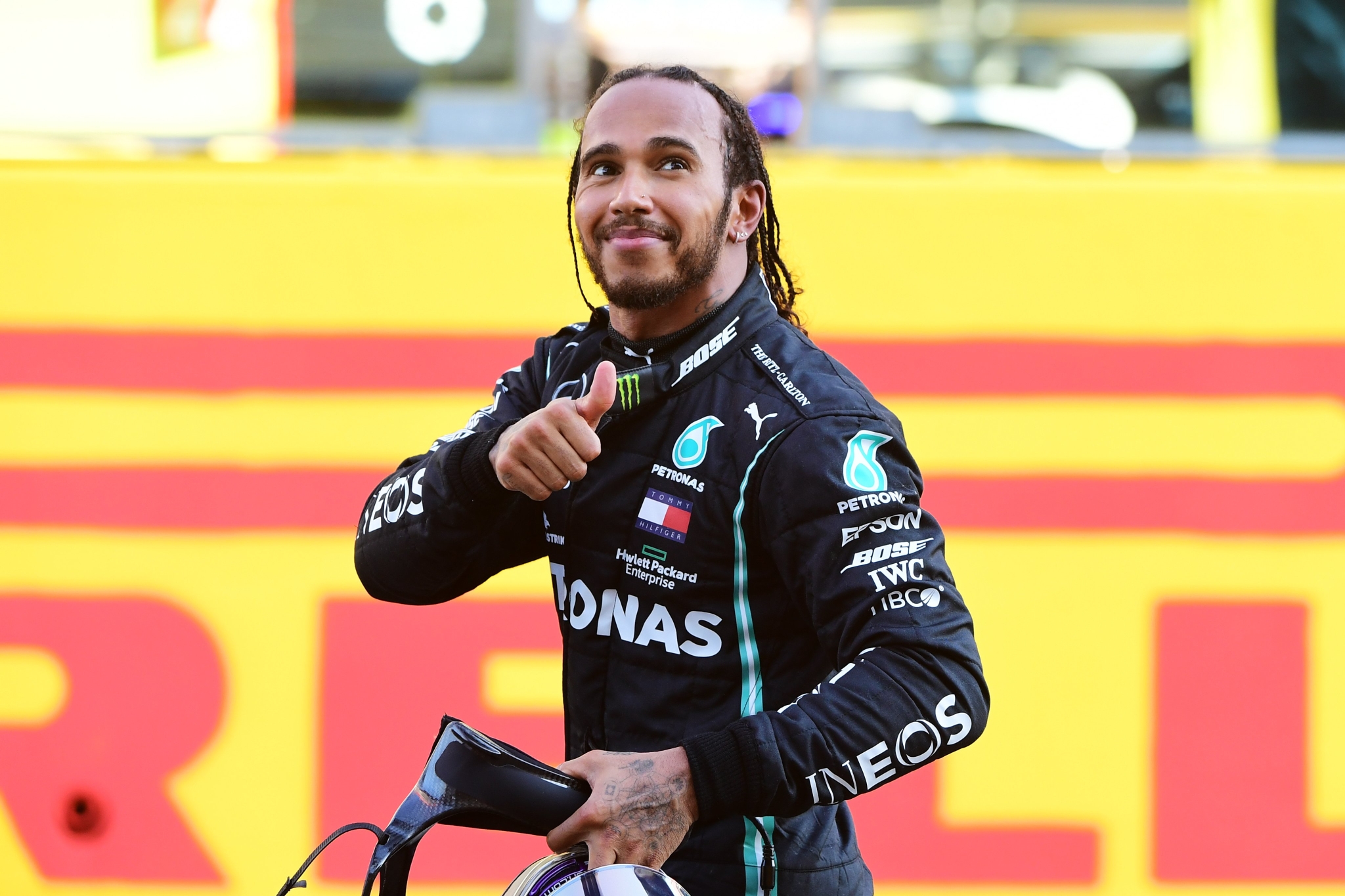 Lewis Hamilton says it's a real surprise and a shock to Mercedes on the front row | Photo: Twitter

Asked if the chatter about Red Bull's dominance motivated Mercedes, Bottas and Hamilton said it wasn't a factor in qualifying.

"We didn't even know that was happening," Hamilton said.

Verstappen blamed the qualifying struggles on poor tire grip in the last session and an incident ahead of him when Alpha Tauri driver Yuki Tsunoda ran off the track and interfered with Perez, which forced Perez to bail out of a corner run off the track with Verstappen coming up quickly.

"I don't know what happened in front of me. I just saw a lot of dust, I thought a car crashed," Verstappen said. "I backed out of it a bit. No yellow flag came, so I continued pushing but I was basically finished. I want to look at what happened there." He had to be cautious and slow down, having been stripped of pole position in 2019 when he ignored yellow-flag warnings after Bottas crashed. It cost him dearly as Hamilton went on to win.

Verstappen won in 2017 and 2018, and both victories came from pole position.

Verstappen also took the United States Grand Prix two weeks ago to stretch his championship lead on a track that was supposed to favor Mercedes. Hamilton can now return the favor to keep Verstappen in sight in the title chase.