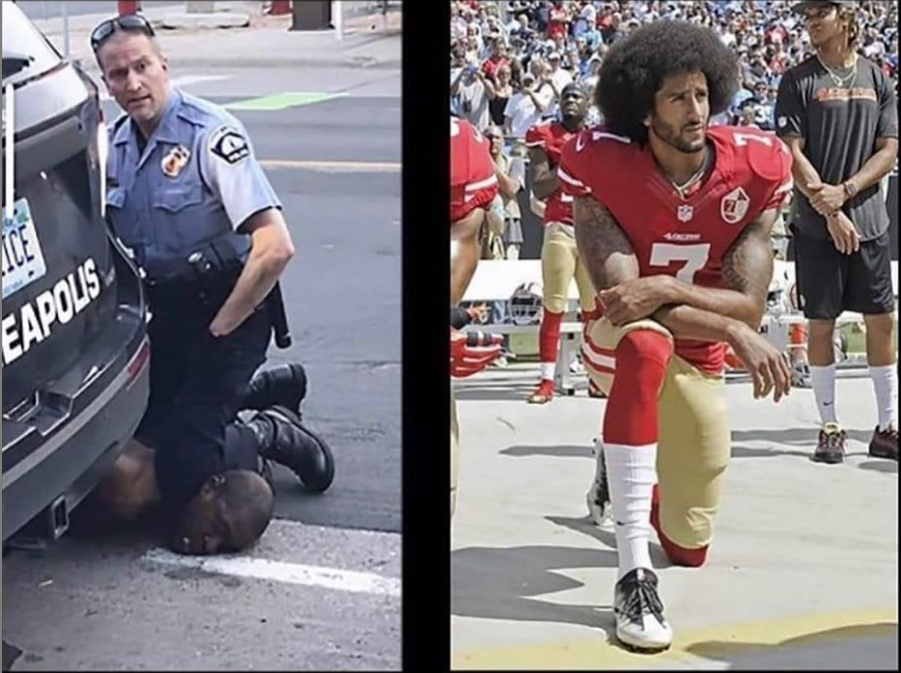 Kaepernick feels protestors are left with no choice after killing of George Floyd by police officers in broad daylight.

The quarterback is famous for his controversial 'kneeling' during pre-game renditions of the US national anthem in a bid to bring racial injustice to light.

Taking to Twitter, Kaepernick wrote: "When civility leads to death, revolting is the only logical reaction. The cries for peace will rain down, and when they do, they will land on deaf ears, because your violence has brought this resistance. We have the right to fight back! Rest in Power George Floyd."

James posted a picture of the police officer who pressed his knee against Floyd's neck as he gasped for breath alongside Kaepernick's peaceful knee protest.

Floyd, a 46-year-old restaurant worker, died on Monday evening in Minneapolis shortly after a white police officer held him down with a knee on his neck though the victim repeatedly pleaded, "please, I can't breathe" and "don't kill me".

The four officers involved in the case were fired shortly after a video showing Floyd's death went viral on social media on Tuesday, sparking a national outcry for justice.