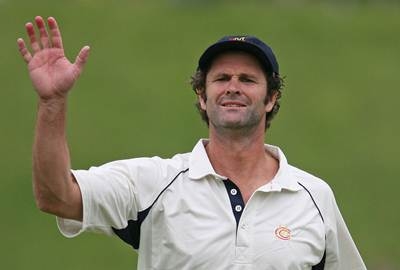 Former New Zealand cricketer, Chris Cairns who was in a critical condition and on life support after suffering a major medical emergency, is reportedly stable.

"Latest re: Chris -- Cairns Cairns was stabilised in Canberra last night, before being transferred to Sydney's St Vincent's Hospital -- a recognised leader in Cardiology. He underwent surgery shortly after arrival, and is in a serious but stable condition in ICU," tweeted Newshub sports presenter Andrew Gourdie, who has been giving updates on the cricketer.

In an earlier tweet, he wrote, "Speculation Cairns requires a heart transplant is NOT true. A transplant remains a possibility, but surgeons will wait to see how he responds to the latest procedure before further options are explored."

A statement from Cairns' wife, Melanie, tweeted by the presenter but later removed, said, "Statement Regarding Chris Cairns: As has now been widely reported in the media, Chris suffered a major medical event in Canberra late last week. He initially underwent surgery in Canberra, but the seriousness of his condition is such that he has now been transferred to St Vincent's hospital in Sydney, where he has undergone further cardiovascular surgery.

"Chris' family and friends are heartened by the respectful and warm manner in which this terrible news has been reported, and received by the pubic, both in New Zealand and around the world, and thanks everyone for their warm wishes, prayers, and kind words. For now, no further statements will be made regarding Chris' situation, and the Cairns family asks that people continue to respect their privacy as they deal with this difficult, upsetting and concerning situation. Melanie Cairns."

Cairns, 51, collapsed after suffering an aortic dissection -- described as a tear in the inner layer of the body's main artery -- while on a visit to Australia's capital Canberra last week, according to reports in several media outlets.

Cairns, one of the legends of New Zealand cricket is the son of former New Zealand star Lance Cairns, was a right-handed batsman and medium pacer, one of the best all-rounders of his generation.

He has played 62 Tests, 215 One-day Internationals and two T20 matches for New Zealand between 1989 and 2006. He is currently a commentator with Sky Sport.