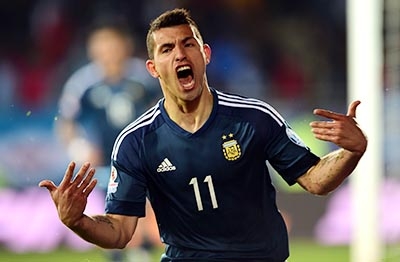 The 33-year-old Argentina striker underwent heart tests after leaving the field, holding his chest, during Barcelona's match against Alaves in the Spanish league on Oct. 30.

His condition has since been evaluated, and a tearful Aguero said at a press conference at Camp Nou that he had decided to stop playing.

Aguero is one of the world's most well-known players, having only joined Barcelona in the offseason after ending a 10-year stint at Manchester City during which he became a great of the English game.