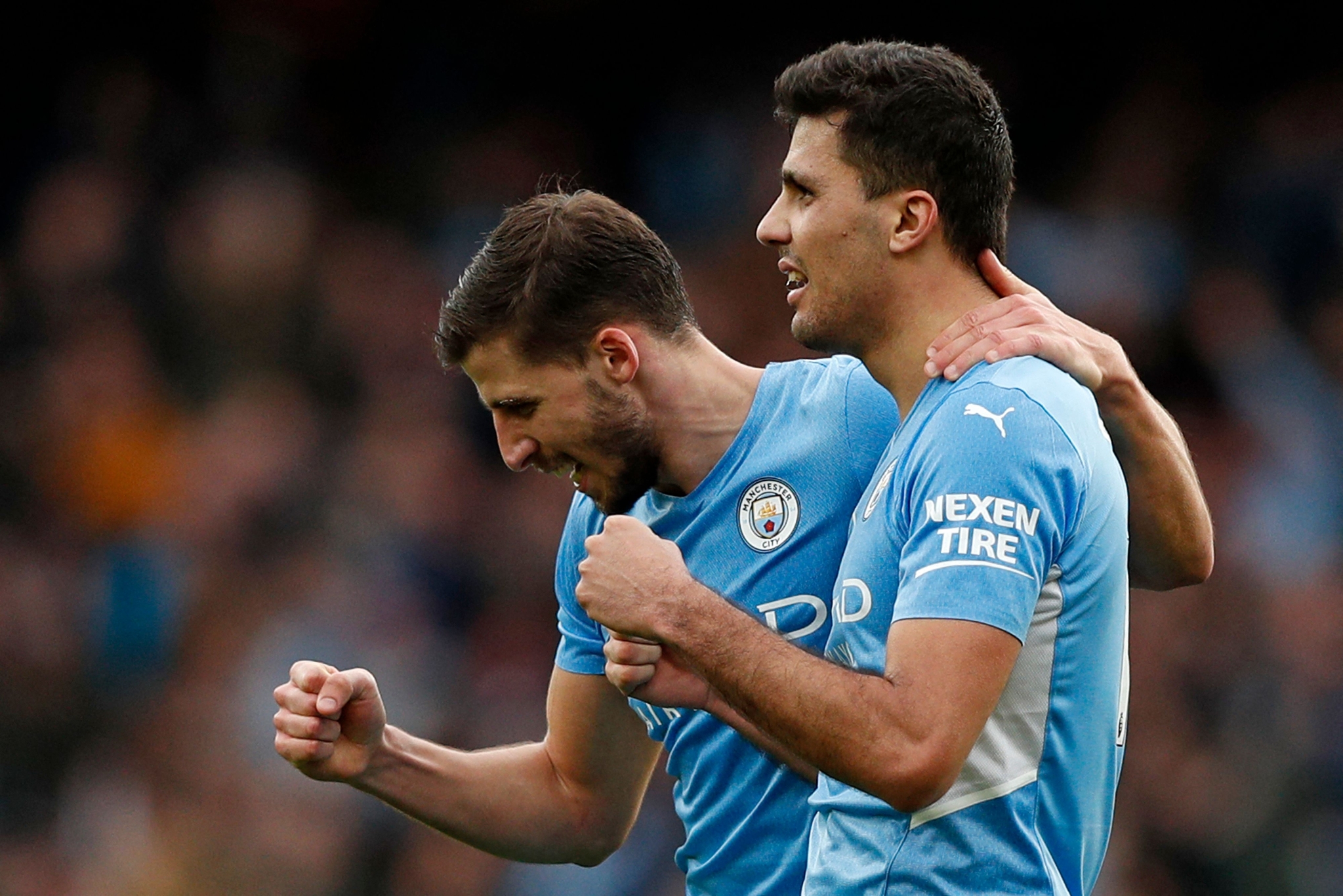 Rodrigo (r) of Manchester City celebrates after a goal in the Premier League. | Photo: AFP

Defending champions Manchester City came up with a brilliant comeback in their first match of the New Year as they prevailed 2-1 over Arsenal at the Emirates here on Saturday. A stoppage-time goal from Rodrigo ensured City defeated 10-man Arsenal in a lively encounter to go 11 points clear at the top of the Premier League.

The Spaniard prodded home a loose ball from close range in the 93rd minute to complete a second-half fightback and secure their 11th consecutive victory in the competition.

City's lead at the top of the table could be cut when second-placed Chelsea face third-placed Liverpool on Sunday and it looked as if City were destined to leave North London with a draw that would have boosted their title rivals ahead of their meeting at Stamford Bridge.

Pep Guardiola's side fell behind when Bukayo Saka swept home Kieran Tierney's pass to finish a slick move during a first-half in which the Gunners were on the top.

However, the game was turned upside down during seven chaotic second-half minutes, when Riyad Mahrez converted a 57th-minute penalty to level things up. The spot-kick was awarded after Bernardo Silva tumbled over Granit Xhaka's outstretched leg.

Referee Stuart Attwell waved away City's appeals, but, overturned his decision after consulting the pitch-side monitor and seeing that Xhaka had also pulled the midfielder's shirt.

Mahrez sent Aaron Ramsdale the wrong way from the penalty spot which had been scuffed by Gabriel during the wait for the decision, an act for which he was booked for, and it proved costly moments later when the Brazilian body checked Gabriel Jesus and was dismissed with a second yellow card.

Arsenal had their own appeal for a penalty turned down in the first half when VAR supported Attwell's decision to award a corner when Ederson collided with Martin Odegaard as he cleared the ball.

It was an absorbing encounter in North London that looked destined to end all square until Laporte's blocked volley fell kindly into the path of Rodrigo, who made no mistake from 10-yards.