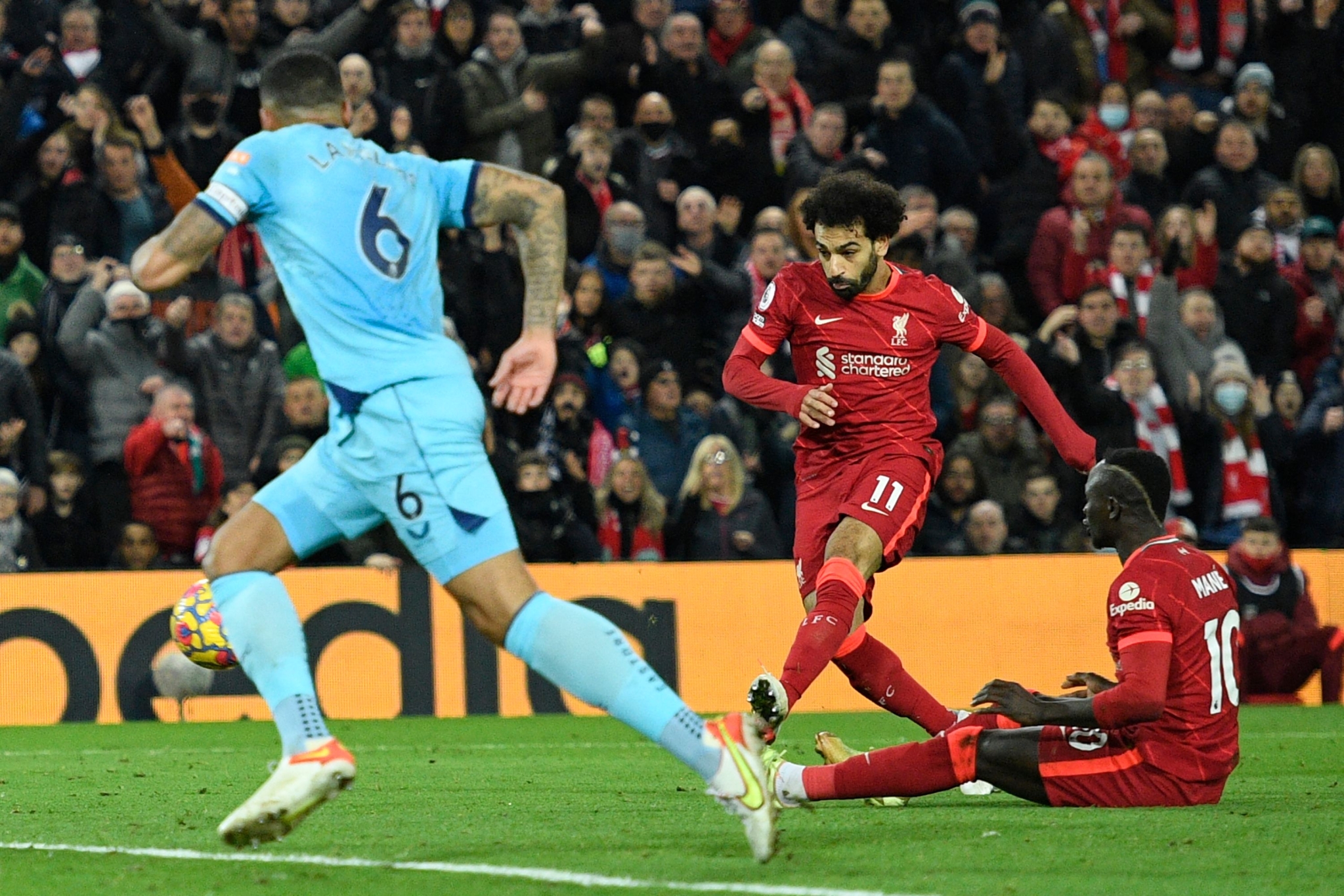 In a day where COVID wreaked havoc on the Premier League, as six matches were called off, two fixtures did take place in which Liverpool came out of top against Newcastle United and in another one Chelsea were held by Everton on Thursday.

Diogo Jota levelled for Liverpool on 21 minutes and four minutes later Merseysiders turned the match on its head when Salah fired home his 15th goal of the season after Dubravka had parried Mane's shot.

A record 2,000th top-flight win for the Reds was secured in style by Trent Alexander-Arnold who scored third for the home side.

Chelsea were dominant in the first 45 minutes with 81 percent possession yet were unable to convert any of their 13 shots on goal. The home side continued to pepper the Toffees' goal and their pressure finally told on 70 minutes. James slipped the ball through to Mount and he finished with aplomb to become the Blues' youngest player to score in four consecutive Premier League matches.

Everton were level only four minutes later with Branthwaite diverting Anthony Gordon's free-kick to the far post beyond Edouard Mendy.