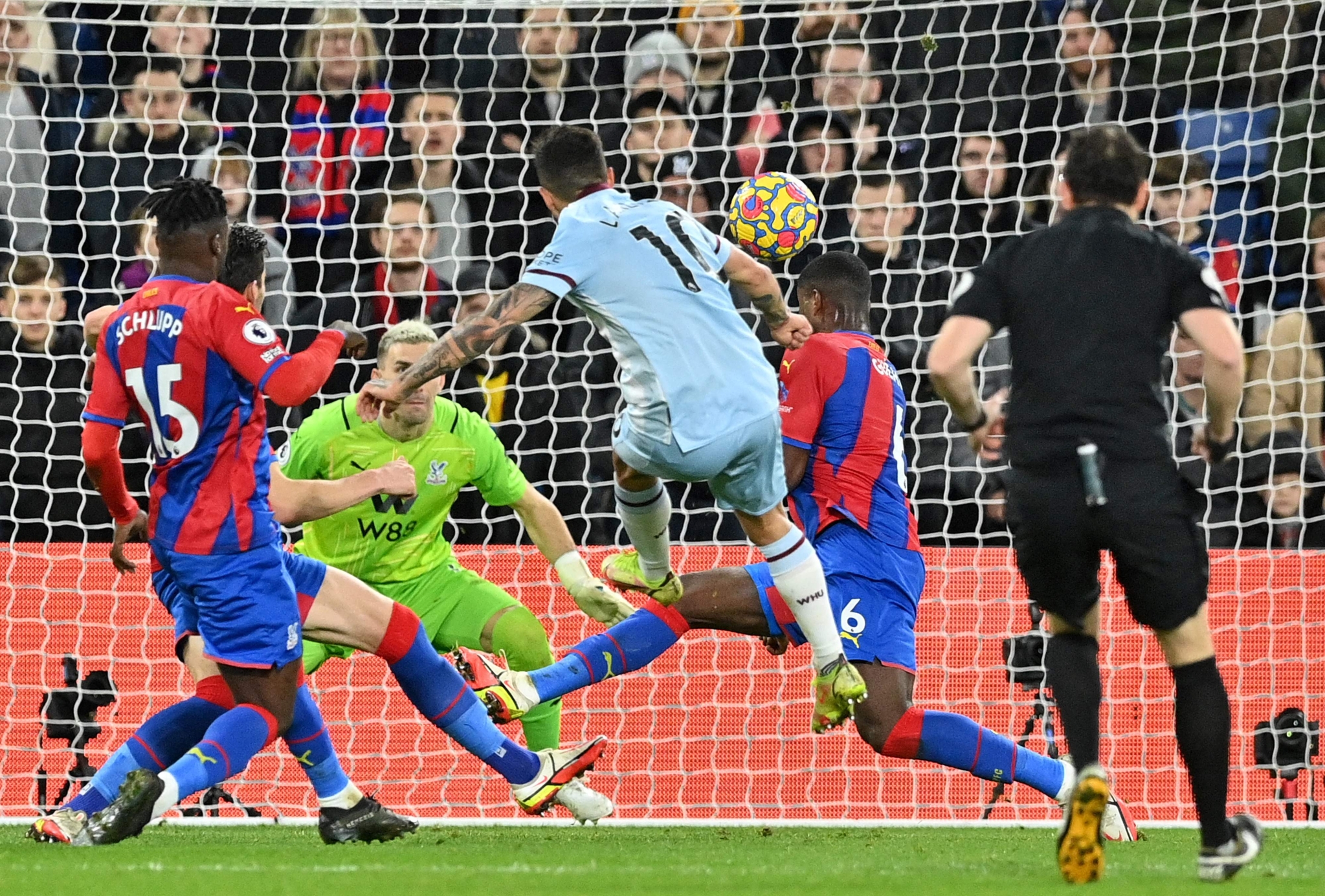 Manuel Lanzini scored twice before West Ham held off a late fightback from Crystal Palace to win 3-2 in the Premier League.

Lanzini added a second from the penalty spot in first-half stoppage time but there was a tense finish after Odsonne Edouard pulled one back in the 83rd and Michael Olise netted in the 90th.

West Ham held on to celebrate two years in charge for David Moyes with a victory and move within a point of the top four.