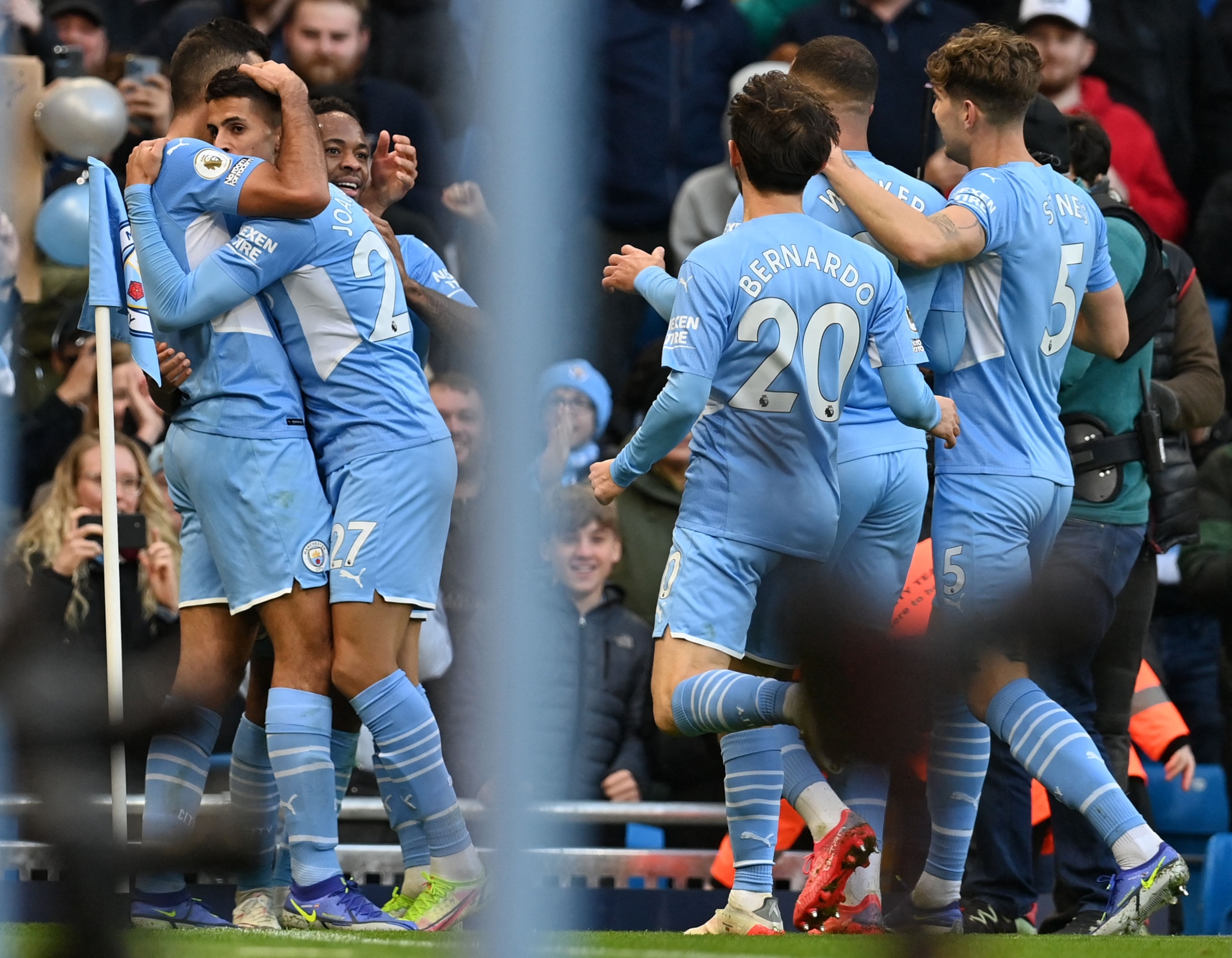 Defending champions Manchester City defeated Everton 3-0 in a one-sided match in the Premier League on Sunday as they returned back to the second behind leaders Chelsea.

Pep Guardiola's side rode on goals by Raheem Sterling (44'), Rodrigo Hernandez Rodri (55.) and Mota Bernardo Silva (86') as they won their eighth win out of 12 games, moving up to 26 points, three points behind Chelsea in the race for the top spot. Liverpool are at 25 points.

It was another masterful performance from the defending champions, who replicated the dominant display against Manchester United a fortnight ago to claim a deserved victory.

Sterling gave the Citizens the lead at the Etihad Stadium when he converted Joao Cancelo's superb cross to mark his 300th Premier League appearance with a goal.

Rodrigo then scored a goal that looks like a contender for the goal of the season, the Spaniard beat Jordan Pickford with a 25-yard thunderbolt to double City's lead.

With City enjoying 78 percent of possession, Everton mustered just two shots on target, with Ederson's only save of note coming from a free-kick Andros Townsend fired straight at the goalkeeper.

The margin for City could have been bigger if they had capitalised on their chances.

With Pickford beaten, Ilkay Gundogan saw a looping head bounce off the top of the crossbar, whilst Sterling had a penalty decision overturned after referee Stuart Attwell consulted the pitch-side monitor and adjudged no foul had taken place when Michael Keane's contact send the winger to the floor.

Sterling spurned a glorious chance to add a third for City, when he arrived unmarked at the far post to meet substitute Riyad Mahrez's low cross, only for Pickford to gather after the winger's heavy touch let him down.

Guardiola handed 19-year-old James McAtee his Premier League debut in the final five minutes, and the young midfielder enjoyed some impressive touches, going close to adding a fourth when he fired into the side-netting with seconds remaining.

The win sees City return to second in the table, having temporarily dropped to third following Liverpool's victory over Arsenal on Saturday.