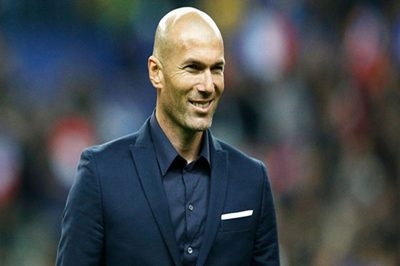 Manchester United are working to persuade Zinédine Zidane to succeed Ole Gunnar Solskjaer’s as the Premier League club’s manager after a series of shambolic results and the Norwegian, reports Sunday Times .

Although Zidane — a winner of three Champions League and two La Liga titles as a coach — is understood to be unsure whether the opportunity presented by United is the right one to take at this point, United’s hierarchy are hopeful that the Frenchman’s close relationships with their key summer signings Cristiano Ronaldo and Raphaël Varane can help to convince him to join, says a report by the Daily Mail.

Zidane, 49, is a free agent after electing to step down as Real Madrid coach for a second time last May and can be hired without negotiating a compensation package.

The Frenchman's record at Real Madrid is as impressive as it gets, winning three Champions Leagues and two LaLiga titles as a coach during his two spells.

Solskjaer who originally joined as an interim manager in 2018, has failed to win a trophy during his three-year spell at Old Trafford.

United were originally set to discuss Solskjaer's future in December, though there has been a constant stream of questions over his future since the humiliating loss at the hands of Liverpool.

It was previously reported that United had drawn up a four-man list to replace the Norwegian as manager.

Conte was said to be interested but did not wait for the job to become available, as he jumped at the chance to take over at Tottenham after the sacking of Nuno Espirito Santo.