‘Knew within my heart & soul that this day would come’: Dani Alves makes shock return to Barcelona 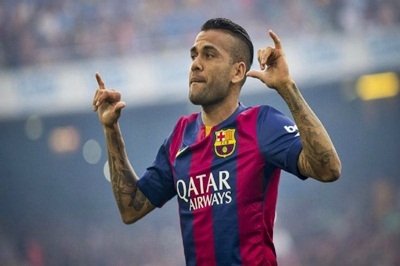 FC Barcelona and Dani Alves on Friday reached an agreement in principle for the player to join the football first team for the remainder of the current season.

The Brazilian will be joining training from next week but will not be able to play until January. The club will announce the full details at his official presentation as a new FC Barcelona player. Alves is also the first signing under new coach Xavi Hernandez.

The club said in a statement: "FC Barcelona and Dani Alves have reached an agreement in principle for the player to join the football first team for the remainder of the current season. The Brazilian will be joining training from next week but will not be able to play until January.

Dani Alves came to Barca in the summer of 2008 after five brilliant seasons in Sevilla. In the Catalan capital, he made the right-back slot his own across eight seasons, making 391 official appearances and scoring 23 goals.

Shortly after the club’s announcement, Alves posted a statement on Instagram alongside a picture of him kissing the club badge at the Camp Nou. “I knew within my heart and within my soul that this day would come,” he wrote. “See you soon with the same desire to help rebuild the best club in the world!”

Described as “the greatest right-back in Barça history” in the club’s official announcement of his return, the Brazilian played at the Camp Nou between 2008 and 2016. Alves won six La Liga titles, three Champions League crowns and three Club World Cup trophies among other major honours in a golden spell for the team.

Although his main role has always been in defence, in the true Brazilian wing-back tradition, Alves also likes to join the attack, where he has a fine shot from outside the area, earning him the reputation as one of the finest players of all time in his position.

He was an automatic choice under Pep Guardiola, Tito Vilanova, Tata Martino and Luis Enrique, and the fans loved his dedication and extroverted character. In the summer of 2016, he left for Juventus, and since then has been at Paris Saint-Germain and lastly, at Sao Paulo back in his home country.