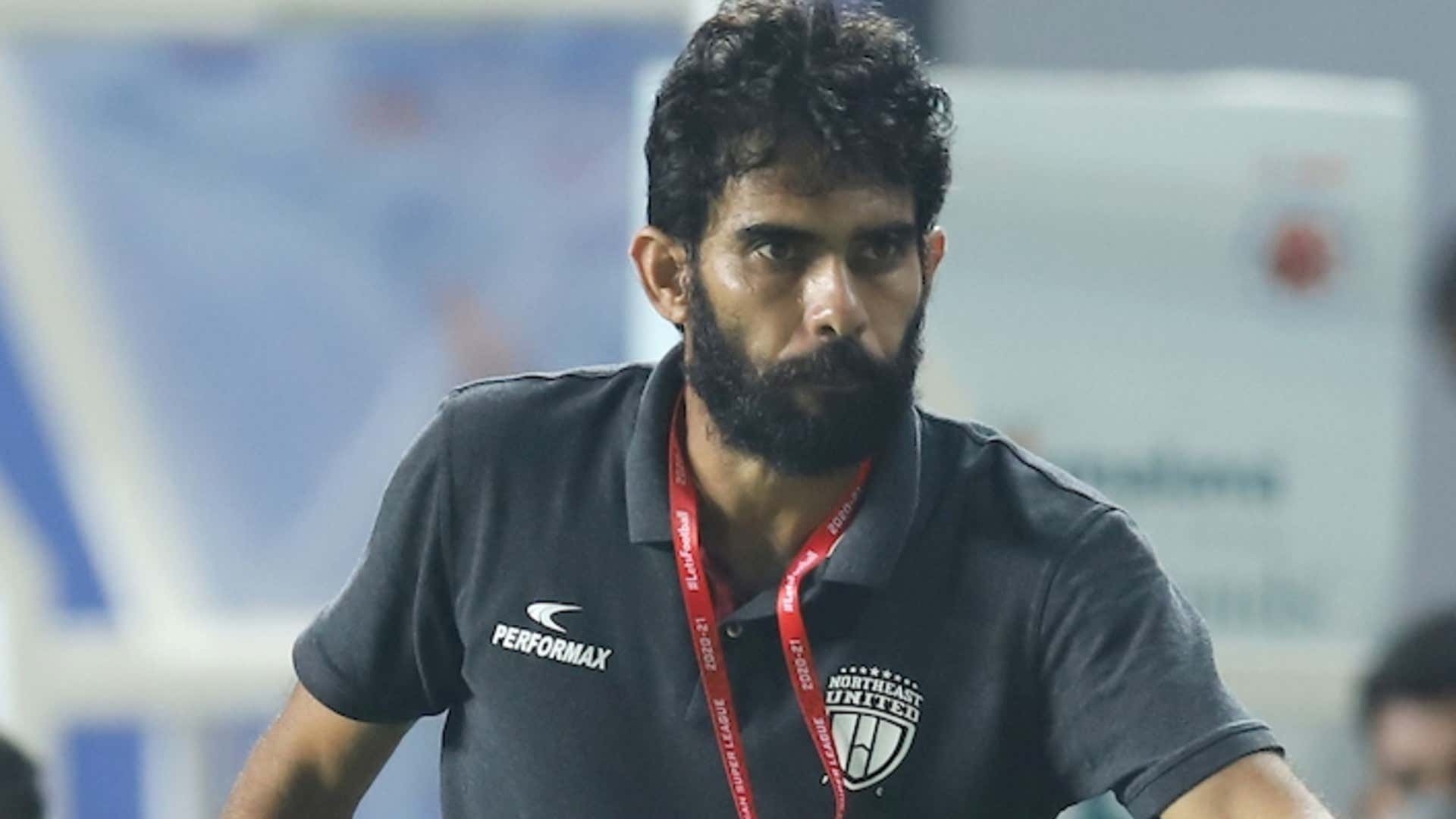 Khalid Jamil has been named head coach of Indian Super League (ISL) side NorthEast United FC ahead of the 2021/22 season. This is the first instance in the country's premier football league that an Indian has been handed the top coaching position on a permanent basis.

The last season of the ISL was Jamil's breakthrough season. After a spate of unsatisfactory results, NorthEast United FC decided to part ways with then head coach Gerard Nus in January and Jamil -- then assistant coach -- was handed the reins on an interim basis.

At that time, there wasn't much expectation from Jamil but against all odds, the 44-year-old marshalled his team with great skills, and the result was that the Highlanders qualified for the ISL semi-finals for the second time in their history.

Born in Kuwait to Indian parents, Jamil was a midfielder in his playing days and represented clubs like Mahindra United, Air India and Mumbai FC. He also played quite a few matches for the Indian national team. He joined NorthEast United FC as an assistant coach ahead of the 2019/20 season. It was Jamil under whom Aizawl FC lifted the I-League in 2017.

Since their semi-final defeat in March early this year, the Highlanders have signed many new names. So far as many as 10 new arrivals have come to pass at the club. These are Emanuel Lalchhanchhuaha, Laldanmawia Ralte, Sehnaj Singh, Tondonba Singh, Joe Zoherliana, Hernan Santana, William Lalnunfela, Mohamed Irshad, Jestin George and Mathias Coureur.

NEUFC kick off their 2021/22 ISL campaign on November 20 against 2018/19 champions Bengaluru FC at the Athletic Stadium in Bambolim, Goa.