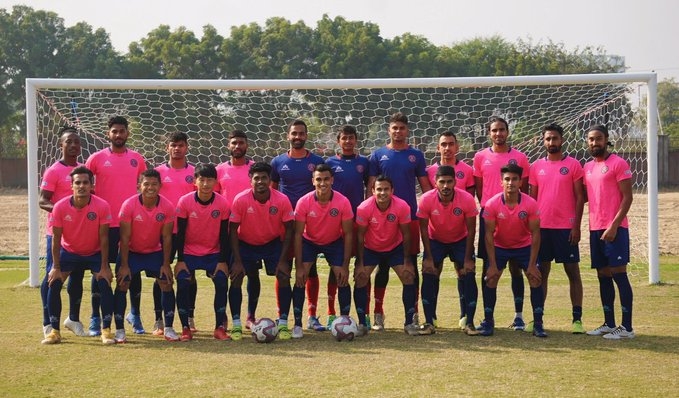 Newcomers Rajasthan United FC ahead of their historic debut in the I-League on Sunday revealed that they will field only nine players against RoundGlass Punjab FC.

This major blow for the Jaipur-based team emerged after they said the club have fallen short of players available for the opener. The club qualified for the I-League on their first attempt and became the first team from Rajasthan to make it to the tournament.

"As big as an achievement the qualification was, it also left the club with very little time to prepare and put together a competitive team for the same. We retained minimal players from the qualifiers and sought to get better players for the higher league - seeing as the competition is undoubtedly higher.

CLUB STATEMENT: We at RUFC are deeply disappointed for the situation regarding player registration. We apologise to our players, sponsors and fans unreservedly.😞 pic.twitter.com/ewGsFRql4g

"With the transfer window for the professional players closed (In Fact, before the qualifiers itself on August 31). This meant registering players would be tough, and all the transfers could only resume in the new year (From January 1)." As per the RUFC, the All India Football Federation (AIFF) has issued a statement saying that the teams who cannot sign new players must field amateur players until December 31. But the plans of RUFC went into chaos after a new guideline by AIFF which doesn't allow amateur players signed after August 31 to play.

Notably, RUFC have already registered a majority of their players as amateurs, following the initial statement. "The RUFC requested the league to consider postponing the fixture to help avoid the embarrassment this would cause not just the club but also the league, our opponent, and Indian football overall," read the RUFC press release.

As things stand, the RUFC will take the ground with only nine players.