From being coached to coaching - The Akhil Kothari story

Akhil Kothari, India’s youngest AFC ‘A’ license football coach, talks about his team making it to I-League and his career trajectory LIFE IN A BIO-BUBBLE: Not allowed: To step out of the floor, To travel to the ground separately, To use the hotel swimming pool; Allowed: Ice baths, Strength & recovery sessions; A must: RTPCR test every 5 days

Kenkre FC has done the unthinkable. Twenty-one years post its formation and after six unsuccessful attempts, they’ve finally made it to the I-League, India’s second-tier football league. And while owner and CEO Joshua Lewis celebrates — and rightly so — entering the big league, Kenkre’s success story is also the tale of their coach, Akhil Kothari, India’s youngest AFC ‘A’ license coach.

As it stands, Kothari, at 26 years, will most likely be the youngest coach at this season’s I-League, which will take place in a bio-bubble in Kolkata starting December 26.

Given a choice, Kothari would much rather be playing than coaching. After all, he was one of Kenkre and Mumbai’s finest footballers until a knee injury did him in, but Kothari says he has no regrets. “I’m on the football field every day, doing what I love. That’s what matters,” Kothari told the Free Press Journal.

Having been introduced to football at the age of five, all Kothari wanted to do was to be on the football ground at his school, St Mary’s SSC (Mazagaon, Mumbai). He made the age-group team in every year of his schooling and even won the ‘footballer of the year’ award on three occasions. “I used to play as a centre-half. Though I’m not that tall (5ft 3in), the coaches said I read the game well and had the aggression that was needed,” he shared. 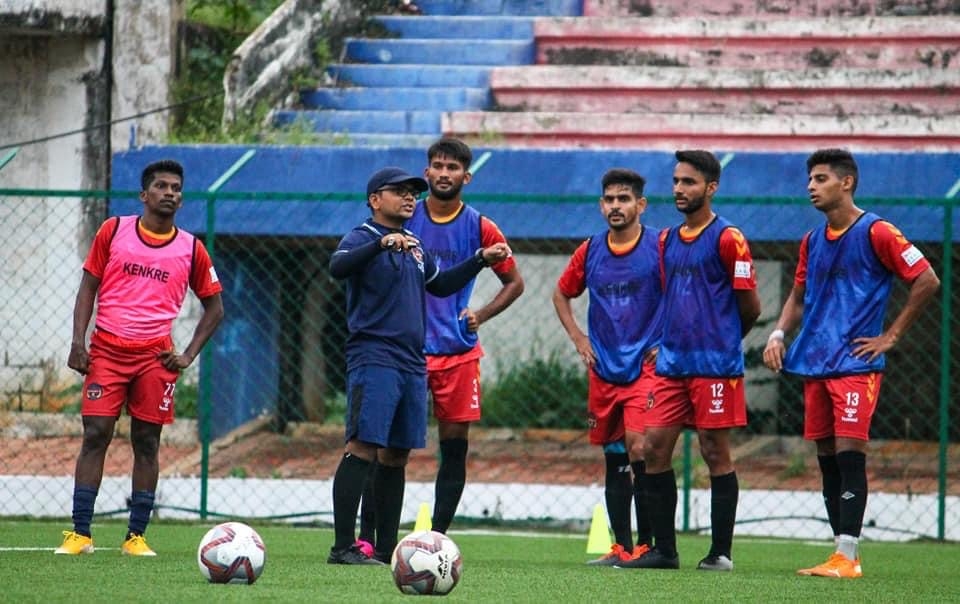 "Being around players, helping them and analysing the game is something I love doing," says Akhil Kothari | Photo: Special arrangement

It was during one of the Mumbai Schools Sports Association (MSSA) games that Kothari’s heroics on the field was spotted by Adib Kenkre, who Kenkre FC is named after. He offered Kothari the opportunity to train at his academy and the chance to play for the youth team of his club. It was at the academy where Kothari’s game improved leaps and bounds, but he had to make quite a few adjustments. To begin with, he was asked to play in the right-back position.

“Though I learnt much later, the coach saw that I had good defensive qualities, especially when it came to one-on-one situations. I also had good speed to run down the flanks and come back and defend too. It took some time to adjust to the new position, but the coaches were right,” he said.

At Kenkre FC, he played for the under-16 team before graduating to the senior side. He played there for three years before a knee injury when he was 18, which meant he would have to take a long break from the game. Every dark cloud has a silver lining and it was during his rehabilitation that he found his calling — coaching.

“At the centre where I was undergoing rehabilitation, children used to train in the evening. I slowly started interacting with the kids. Seeing this, Joshua (Lewis) advised me to take up coaching,” Kothari added.

Not only Lewis, former India U-20 coach, Floyd Pinto, who was then the coach of Kenkre FC, coaxed him to get his coaching badges. “After I realised that I couldn’t get back to playing that level of football again, I decided to take up coaching because I enjoyed it. Being around players, helping them and analysing the game is something I love doing,” the coach avers. 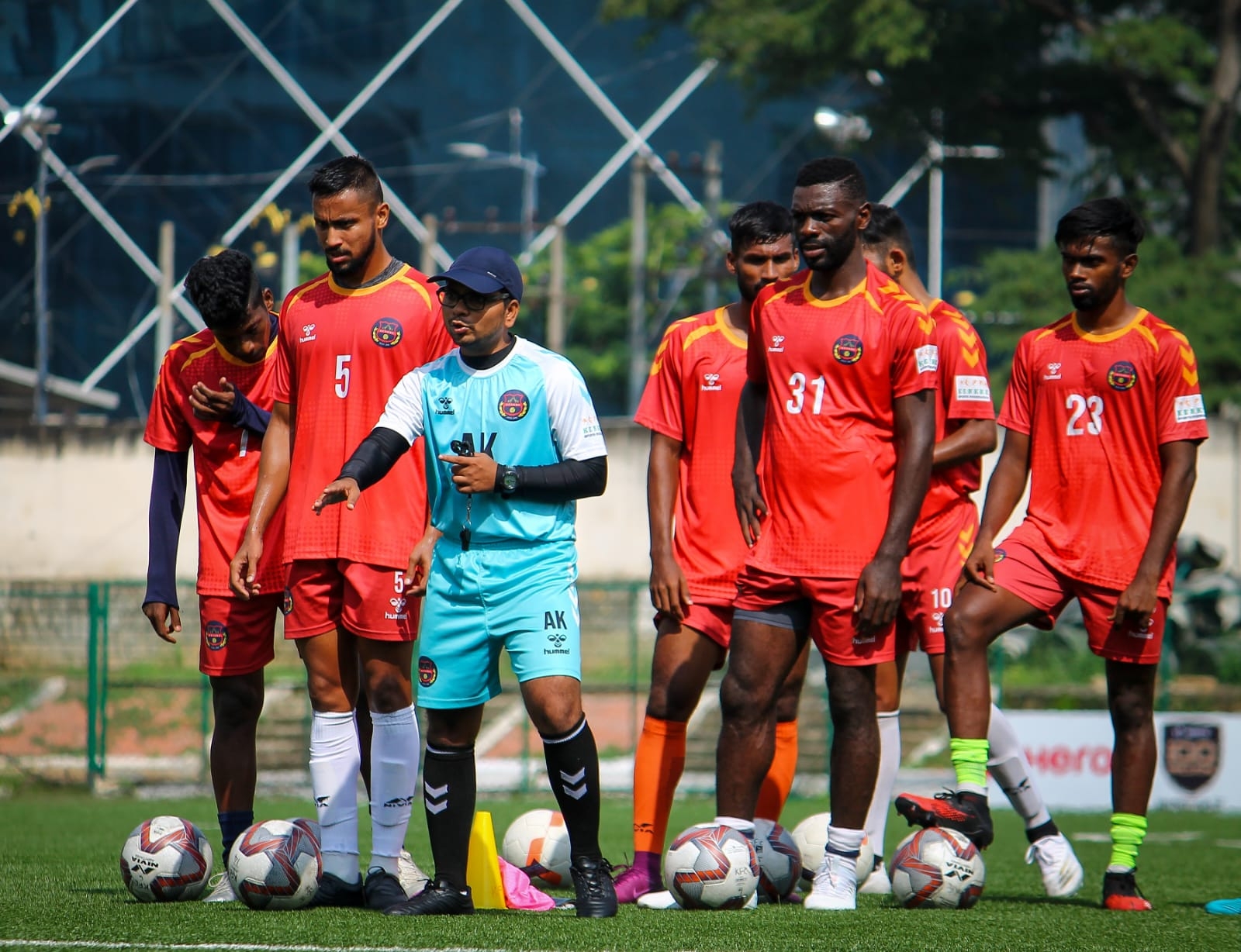 Akhil Kothari says, "I have clear cut plan for each of my players in the I-league." | Photo: Special arrangement

And, after getting his first couple of coaching badges in 2019 at the age of 24, Kothari became the youngest-ever AFC ‘A' license coach. While he’s used to coaching teams at the state level, competing at the national level will be a challenge, but Kothari is ready for it. Also, it doesn’t matter that most of his players are older than him nor that most of them tower over him. What matters to him is that he gets the message across.

“Preparation is the key to everything. This group of players is amazing, with a mix of youngsters and experienced players. In fact, I’ve played with most of them. What’s amazing is that for the qualifiers, we had 23 players from Mumbai itself. For the league I have a clear-cut plan for each of my players,” he informed.

If playing on the national stage is a challenge in itself, playing in a bio-bubble is a different ball game. But Kothari chooses to see the positive side of things though.

“In a bubble, you are in control of things. The focus is only on football. There’s so much team-building you can do. The team becomes like a family because you spend the whole day together for weeks and months. I might get flak for saying this, but it’s actually good for a coach,” he signed off.