Have to ascertain the main reasons behind having Men's World Cup every two years, says India's coach Igor Stimac
IANS 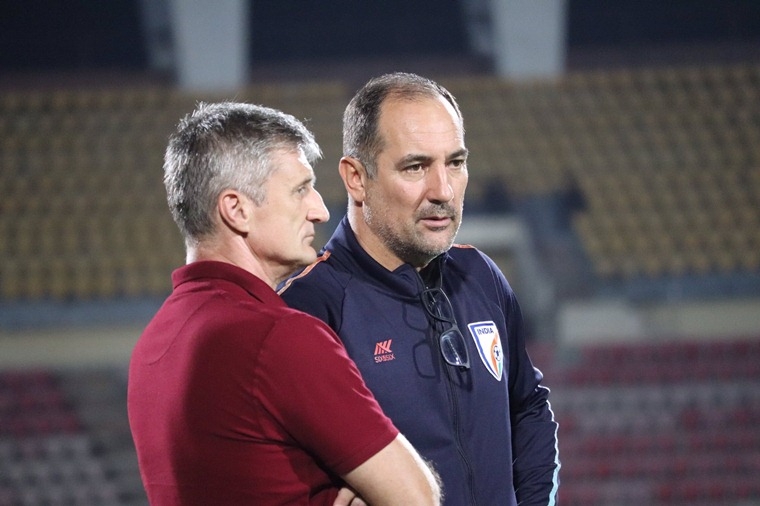 The main discussion point in the football world currently is FIFA's plans to alter the frequency of the Men's World Cup from four to two years -- a move that has split the community. India coach Igor Stimac is still undecided but will support the move if it helps countries develop their football.

Though as India coach, he sees the move as favouring smaller countries, his concern is that such a move should not strictly be for financial reasons.

"Of course as India coach, I would love that to happen, but we need to be realistic. Here you know, what is the move, the main reasons behind such intention? Is it more money for the organisation or something else," Stimac said during a virtual media interaction on Tuesday following the team's return home after winning the SAFF Championships in Male, Maldives.

India defeated Nepal in the final to win their eighth title.

"Is it more money for the organisation or something else? Of course, football needs to be developed in each and every part of the world. And to do so we need to provide to all these countries, which never participate in the World Cups, to develop their football," he said.

Stimac said he will speak with former Arsenal manager Arsene Wenger, a key member of the committee that has proposed the change, on the issue.

"It's much easier to find your chance in the World Cup if it's happening every two years. But if the reason is primarily money for the organisation from the sponsors and all these, then I don't see any benefits," he added.

He said he needs to hear a good explanation about its purpose before fully endorsing it.

"I will support this action as a national team coach of India because it might benefit India in the near future than expected. But I would love to hear good explanations about what this proposal is all about," he said.

FIFA's plans to switch the Men's World Cup from quadrennial to biennial format has caused a lot of heart-burns among football clubs, whose schedule will be impacted as they will have to release players for qualifiers and the main tournament every two years. The International Olympic Committee (IOC) also has expressed concerns over this plan.