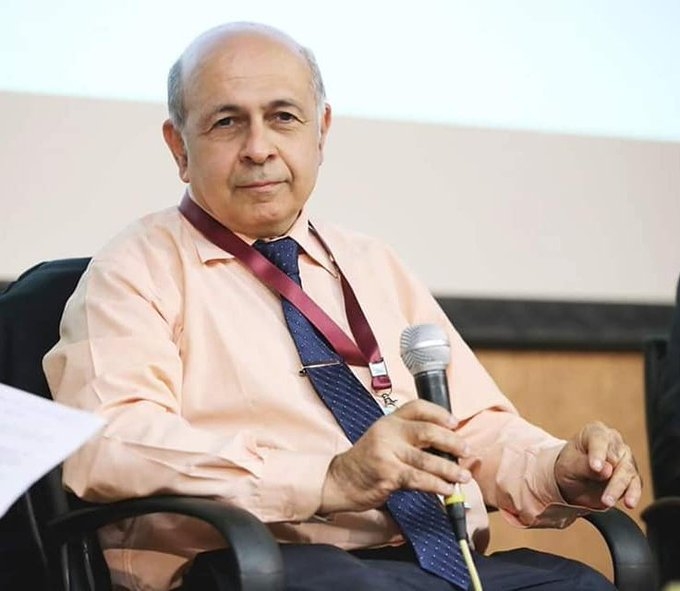 Novy Kapadia, well-known commentator and author and 'voice of Indian football' passed away on Thursday due to health complications. He was suffering from a motor neurone disease, which causes the nerves in the spine and brain to lose function over time.

The disease rendered Kapadia immobile and he was confined to his house for the past two years. Over the last month, he was on life support, before passing away on Thursday.

Kapadia covered nine FIFA World Cups and was considered an authority on football in India. He authored 'The Football Fanatic's Essential Guide Book' in 2014 and also showed what a treasure house of Indian football he was in the books 'Barefoot to Boots', 'The Many Lives of Indian football'.

Tributes poured on Twitter after the news spread about the passing away of the veteran.

First met Novy Kapadia 25 years ago in Jabalpur & was amazed at this DU professor who was an authority on Indian football. Few have given so selflessly to Indian football. RIP my friend, I can almost hear your voice in my head commenting excitedly on a Kolkata derby

We are saddened by the demise of Novy Kapadia, eminent journalist, commentator, and football pundit. May his contribution shine through everyone he has touched through his coverage of #IndianFootball ⚽ #RIP 💐 pic.twitter.com/NPBQMEJNg7

Rajdeep Sardesai said that he was the 'finest football chronicler'.

India’s finest football chronicler, teacher to many and just about the nicest man you could hope to meet, my friend Novy Kapadia has passed away. He will be much missed. Prayers. 🙏🙏 pic.twitter.com/diNlKu6UqM

#NovyKapadia’s contribution to Indian sport, particularly football, is immeasurable. He was driven by passion and commitment, without bothering about what he got in return. Go well my friend. RIP

RIP Novy Kapadia. Indian sport and football is poorer. You made a difference. pic.twitter.com/QUxji3uj2K

Never met a man who knew more about sport than Novy Kapadia. Not just an encyclopaedia of football, his knowledge of athletics and hockey was unparalleled. So many memories of working with him over the years. Travel well, Sir. pic.twitter.com/w84q3OV2rN