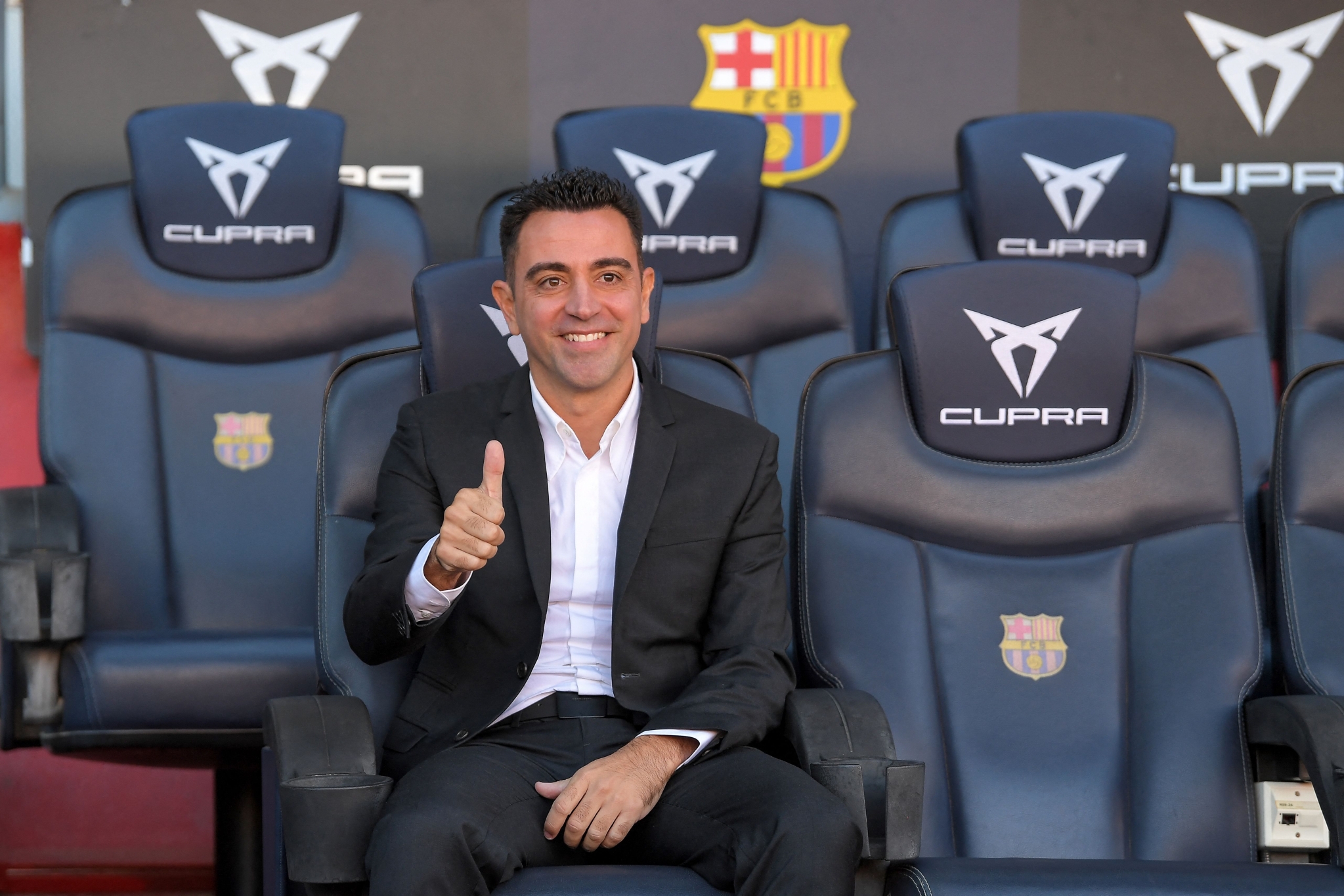 Xavi Hernandez wasted no time in making his views clear in the wake of FC Barcelona's 3-0 defeat away to Bayern Munich that ended their interest in the Champions League at the group stage for the first time since 2003.

Barca were never in the game, which was played in an empty stadium on December 8 due to the high number of COVID-19 cases in Germany and the echoes ringing around an empty Allianz Arena were as hollow as Barca's slim hopes of reaching the last 16 before kick-off.

"Today is the start of a new chapter for us," said Xavi. "We have to start demanding a lot more of ourselves. We must use this as a turning point to change many things. We are going to face this reality with all the dignity in the world and work to bring Barca back to where we deserve to be, which is not the Europa League. It really annoys me to face our reality. I am angry. Barca does not deserve this."

Except he is wrong: Xavi, who was in the dugout for only his fifth game in charge, may not deserve it, but FC Barcelona as a club most certainly do deserve it, reports Xinhua. What has happened to Barca this year is the direct result of years of financial mismanagement and poor signings that have left the club around 1.2 billion euros in debt, without the players who made them great and with a turnover of coaches that merely serves to highlight the inability of the club's directors to accept where the real blame lies.

Ernesto Valverde was sacked in January 2020 after defeat to Atletico Madrid in the Spanish Supercup; he left after leading Barca to consecutive league titles and with the team top of the league. Although fans and club used disappointments in Europe against him, those disappointments only reflected an economic reality that was fast approaching and which the club did nothing to resolve.

Quique Setien was Valverde's replacement, but left after Real Madrid eroded their lead in La Liga and Bayern Munich inflicted an 8-2 defeat in Europe; that showed the depth of Barca's problems.

Some work was done in trimming Barca's wage bill. Luis Suarez left to help Atletico Madrid win the 2020/21 league title and Leo Messi said he wanted to leave, only to be persuaded to stay for a final season.

Ronald Koeman, who had an unconvincing record as a coach, returned to the club to replace Setien and although Barca won the Copa del Rey to paper over the cracks, they were rarely in with a chance in La Liga, while Europe brought a dose of reality against Paris Saint Germain.

This summer the squad was further trimmed, while Leo Messi shed tears as he moved to PSG, with Barca quite simply being unable to pay his wages. Antoine Griezmann returned to Atletico Madrid, while other players such as Junior Firpo and Miralem Pjanic also went. It showed the state of the club when right back Emerson Royal was sold to Tottenham less than a month after joining from Betis.

Barca simply could not turn down the chance at making a quick profit on the right back, who incidentally saw his wages increase with a move to England.

On the playing front Barca never recovered from selling Neymar to PSG and the players brought in to replace him (Coutinho, Dembele) and later Griezmann have been expensive flops on economy sapping wages.

At one stage Barca were spending more money on wages than they were actually earning: the sort of economics that would reduce Mr Macawber to tears and although the returning President Joan Laporta has worked to reduce that bill, logically he has also weakened the squad.

Xavi now has to work with youngsters, with Gavi, Nico Gonzalez, Yusuf Demir and the young winger Abde Ezzalzouli now firmly in his plans. But despite showing great promise, the youngsters will need time to develop, while other key players such as Sergio Busquets, Jordi Alba and Gerard Pique are now well into their 30's and (worryingly for Barca) the club doesn't have the money to sign replacements.

Xavi must have known what he was letting himself in for and perhaps that is why he previously turned the Barca job down, despite his love for the club. All he can hope for now is that the club show more patience in him than in Valverde or Koeman. Barca's problems are not the man in the dugout, but the men who sat in the directors' box.