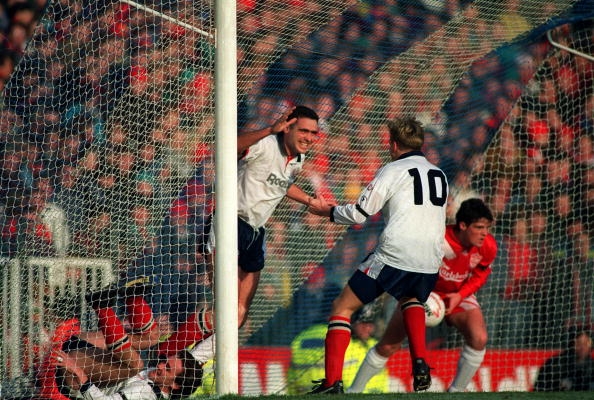 Former Liverpool and Manchester City defender Mark Seagraves lashed out at FIFA's proposal of conducting World Cup every two years. FIFA president Gianni Infantino on Monday claimed staging the World Cup every two years would create an extra USD 4.4 billion in revenues for the world body. The highly controversial plan has met with opposition from Europe and South America.

Sharing his views on the biennial World Cup Seagraves told ANI, "It is definitely another money-making scheme you know. The schedule is gonna be crazy. It is going to affect Euros, Champions League just purely so FIFA can generate income.

"There is nothing wrong with how it is right now. You know it happens every four years, it's a prestigious and the biggest competition in world football. And that's the way I think it should be."

He also said that players will be drained out and the quality of football will decrease if footballers will play so many games.

"Less is always more for me," he said and added, "And if it is for money-making exercise, I think FIFA and UEFA have enough money and they generate enough money already through the competitions that they do have going on."

Seagraves also opened about the COVID situation in Europe and how it has affected the world of football. "There is no way around it. They have to do it and they have to manage as best as they can. It's been unpredictable the last couple of years in terms of COVID," he said.

"It's just unprecedented times that we find ourselves in but having said all of that these guys right now are fit, the fittest that they probably ever be or ever have been in terms of football. They have all the right diets, all the right schedules."

Notably, this time, the away goals rule in the UEFA Champions League has been abolished. If the tie is level after 180 minutes, it will go to extra time. If the teams still can't be separated after an additional 30 minutes, the tie will be decided through a penalty shoot-out.

Talking about this change, the 55-year-old said, "I am a fan of change but sometimes things don't need to change. I don't know the reason behind it because I think if you have away goals rule that makes the game a little bit freer because teams won't be defensive-minded.

"I don't think that's something that should have been changed. There is a lot of other things in the game that have changed for the better," he added.

In the last-16 stage of the UCL, Paris Saint-Germain will face Real Madrid while Manchester United will clash with Atletico Madrid. The draw on December 13 pitted Liverpool against Serie A champions Inter Milan while Chelsea again drew Ligue 1 winners Lille.

Talking about games to watch in UCL, Seagraves said: "Being a Liverpool supporter I will watch Liverpool and the other English teams. PSG against Real Madrid will also be a good game." Manchester City will take on Sporting Lisbon. Juventus will battle it out with Villarreal, while Bayern Munich face Salzburg. Benfica will take on Netherlands' Ajax.

"Pep Guardiola -- this is the one that he wants to win and that Manchester City wants to win, an old club of mine. I will be happy if they did it because they are banging on doors, won everything else other than that," he concluded.