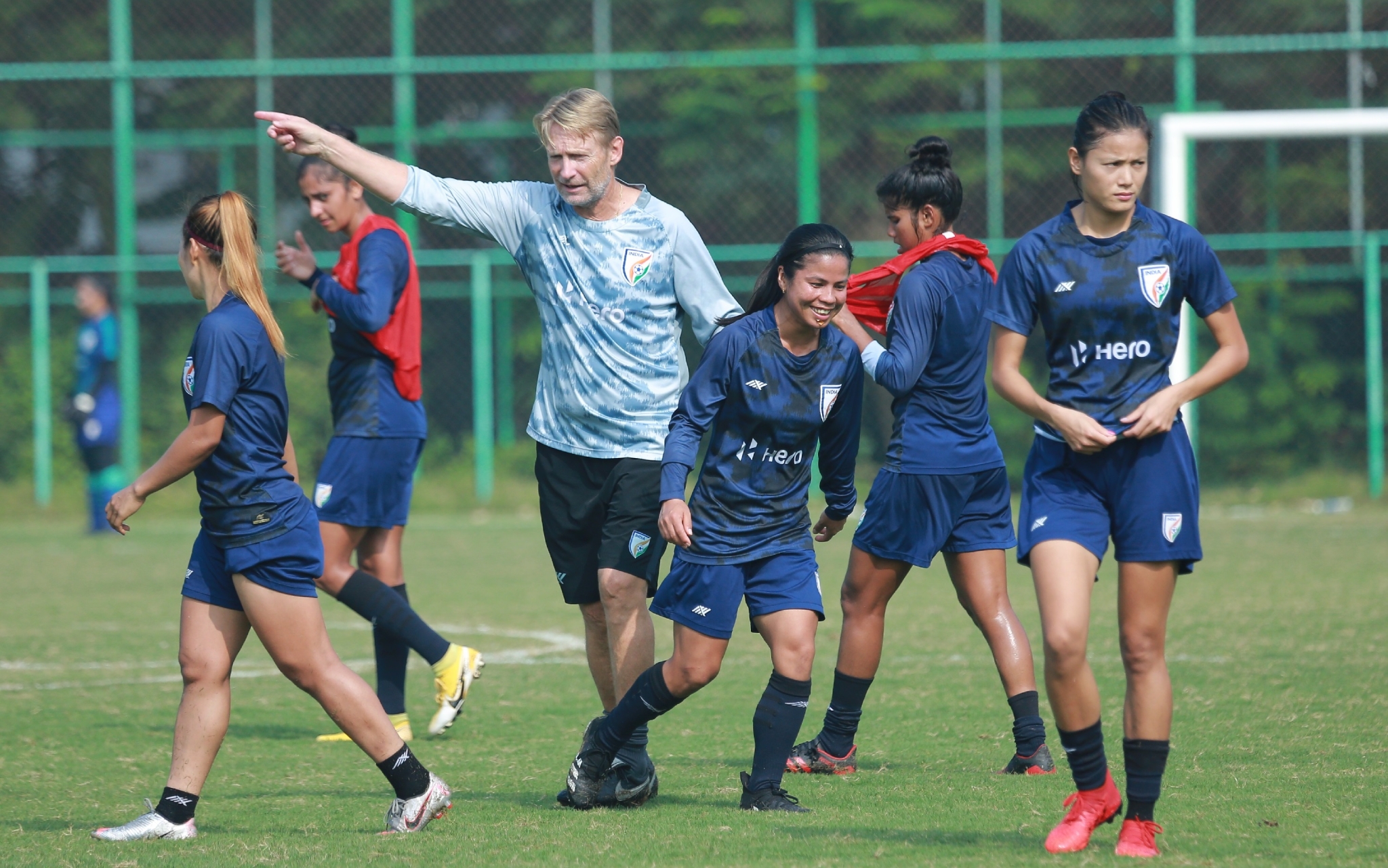 Indian women's football team head coach Thomas Dennerby has insisted that "we will fight with our lives" to reach the knockout stage of the upcoming AFC Asian Cup and realise their dream of securing qualification to the 2023 FIFA World Cup.

Asked if he is confident of taking India to their first FIFA Women's World Cup in 2023, Dennerby did not give a direct answer but said "anything can happen" if his team reaches the knockout stage (quarterfinals) of the Asian Cup.

"Let's take it step by step. Of course, we have a dream, and that starts with us being one among the eight teams in the quarter-finals of the Asian Cup," said the experienced Swede on FIFA website.

"If we can reach that level, anything can happen. I can only promise everyone that we will go out with a winning mentality and put in a huge effort. And that we will fight with our lives."

Five teams from the Asian Cup, to be played in Mumbai and Pune from January 20 to February 4, will qualify directly for the 2023 World Cup. Asia got six direct berths and two intercontinental play-off spots for the FIFA World Cup. Co-hosts Australia have taken one direct spot.

Even the losing teams in the quarterfinals will play classification matches to decide who will feature for the two intercontinental play-off spots. The top two teams of each of the three groups and the two best third-placed teams qualify for the quarterfinals.

Dennerby has served as coach of Sweden and taken Nigeria to the World Cup after winning the African Championships. Now he dreams of achieving the feat with the Indian team.

"In Nigeria we won the AFCON Championship and qualified for the Women's World Cup. I still nurture a dream, and at the moment it's seeing India make it to the quarter-finals of this Women's Asian Cup.

"A couple of victories can help us get that winning mentality and make everyone believe that we can do it. Football is, after all, a mental game," said the 62-year-old Dennerby who took charge of the team in August last year.

India will play their first group match against Iran on January 20 before taking on Chinese Taipei and China on January 23 and 26 respectively.

He said the quality of players in India may surprise people in Europe. He is hoping that more players will start playing in Europe in the footsteps of Bala Devi after the COVID-19 pandemic is over.

"I have friends in Sweden and all over Europe who keep on asking me about our players, and I keep on telling them that the quality we have in India may surprise them all.

"They have played in Sweden, so maybe doors may open for some of them. We also need to remember that under the pandemic situation, it's hard for clubs from Europe to bring in players from India because you cannot send them for trials.

"So I earnestly hope our camp in Sweden can throw up some opportunities for them."

Asked about players in the current Indian team who impresses him the most, Dennerby said, "We have some players who are playing at a very good level and players with special qualities. It is hard to single one out as all of them are special.

"This being a team game, it's not appropriate to specify names at the moment. But some of the girls have been very impressive. I keep on pushing them."