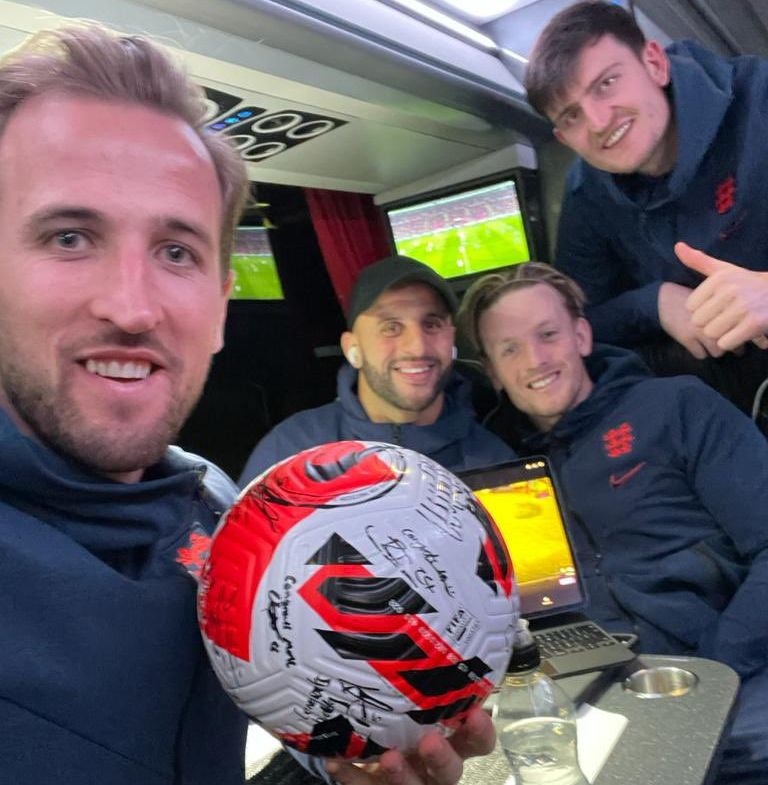 Harry Kane got to keep the match ball after scoring a hat-trick against Albania | Photo: Twitter

Just when he is doubted, Harry Kane finds new ways to conjure the spectacular.

A right-footed scissor kick from the England captain did more than just complete a perfect hat trick against Albania after a header and left-footed strike. It completed a 5-0 victory on Friday that all but secured England's place at the World Cup.

All that's required to be sure of going to Qatar next November is a draw in the final qualifier on Monday away against San Marino - the world's lowest-ranked team.

The 28-year-old Kane could well be rested after lighting up Wembley Stadium by taking his England tally to 44 goals, nine from catching Wayne Rooney's national record. The striker, who has struggled for Tottenham this season, without a goal in five games, is now the record scorer in competitive matches for England, with 39 goals overtaking the retired Rooney.

This was an entertaining way for the English to sign off from Wembley in 2021, four months after they reached a first European Championship final here and lost to Italy.

"It was an incredible performance," Kane said.

"The pressure was on a little bit and we needed to get the result. I can't credit the lads enough and it's a great way to get closer to qualifying." In front of 80,366 fans, England scored five first-half goals against an Albania side that had conceded only seven in the eight qualifiers before Friday.

Whenever I get chances I feel I'm going to score and there was quite a few out there. I could have had six on another night.”

It took Gareth Southgate's side only nine minutes to take the lead, with Harry Maguire heading in a free kick from Reece James. The Manchester United defender celebrated by cupping his ears to the crowd as he slid across the turf, in an apparent signal to critics.

Another header, the first of Kane's goals, extended the lead in the 18th. England broke down the left led by James before a combination between Phil Foden and Jordan Henderson, who provided the cross for Kane. 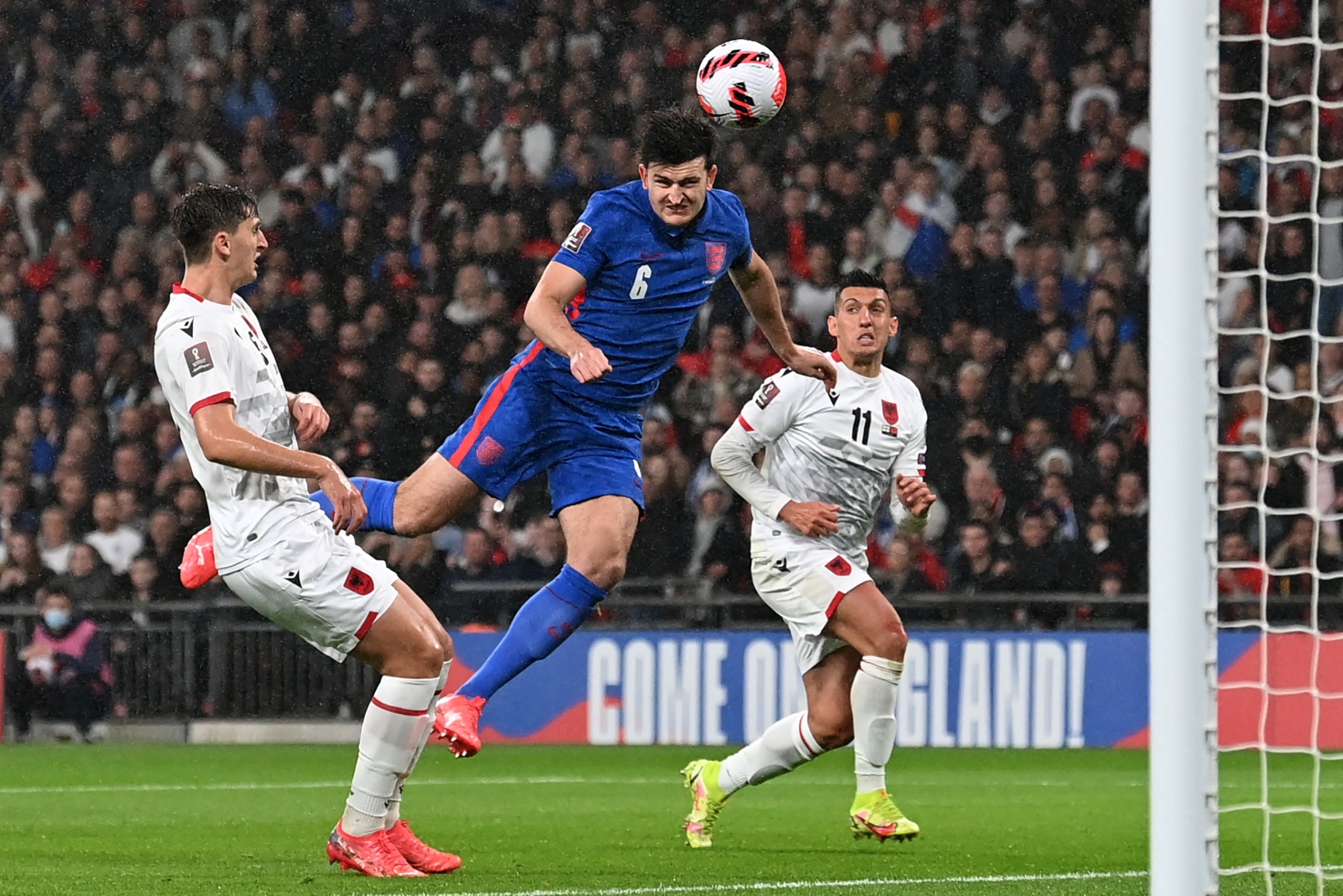 Harry Maguire headed in a free kick from Reece James to give England the lead in the 9th minute | Photo: AFP

Henderson then got his first England goal at Wembley, with an assist from Kane before he skipped past two defenders and shot into the net.

Raheem Sterling was the provider for Kane's second in the 33rd, slipping a pass into his path before the ball was lifted past goalkeeper Thomas Strakosha.

And it was Foden's corner that Kane met in first-half stoppage time with the scissor kick to wrap up the win that allowed England to ease off after the break.