"SpiceJet (Delhi - Dubai) with a team of Boxing Federation of India on board. At Dubai aircraft was initially not permitted to land and made to hold," a DGCA senior official told ANI. "When the crew requested for diversion to Ras Al Khaimah, the crew was informed that the aircraft are not permitted to land at any airport in UAE. Further, the clearance was given to land when the ATC was informed about the fuel condition on board. Aircraft landed safely with fuel emergency," the official added.

DGCA has initiated investigations against SpiceJet pilots about the said incident.

"DGCA conducts an enquiry and based on the outcome, will take appropriate action." DGCA senior official told ANI.

The flight was taken off from Delhi airport to Dubai at 6:20 am and landed at Dubai airport after getting delayed by half an hour of scheduled arrival.

"An Indian boxing contingent travelled on a SpiceJet flight from Delhi to Dubai today. The aircraft has reached Dubai safely and all passengers have cleared the immigration," SpiceJet spokesperson said.

"The flight and passengers carried proper documentation. The flight was not filed/ categorised as a cargo flight and this information is wrong and is denied. It was a regular passenger flight under the Air Bubble agreement and the same aircraft is bringing passengers to India from Dubai on its return leg," the statement further read.

The Asian Championship will be the first boxing tournament to take off in Asia, the tournament was initially scheduled to take place in New Delhi. However, due to international travel restrictions, the tournament had to be shifted to Dubai.

The matches will kick off from Monday and go on till June 1 in Dubai. All the players alongside coaches and support staff are already in the bio-secure bubble.

Mary Kom, an Asian Games winner and Commonwealth Games gold medallist, will start the tournament as favourite in the women's category.

She has won most of her titles in the light flyweight (48kg), but because of the Olympic weight categories, she will compete in the flyweight. 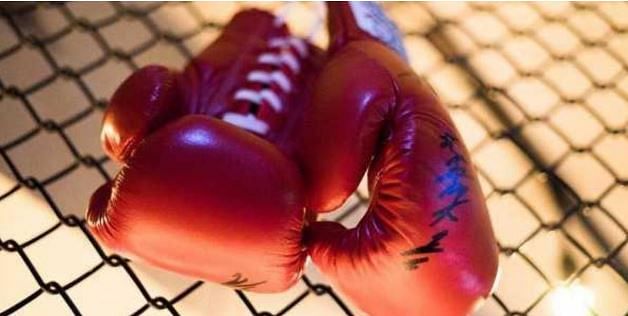