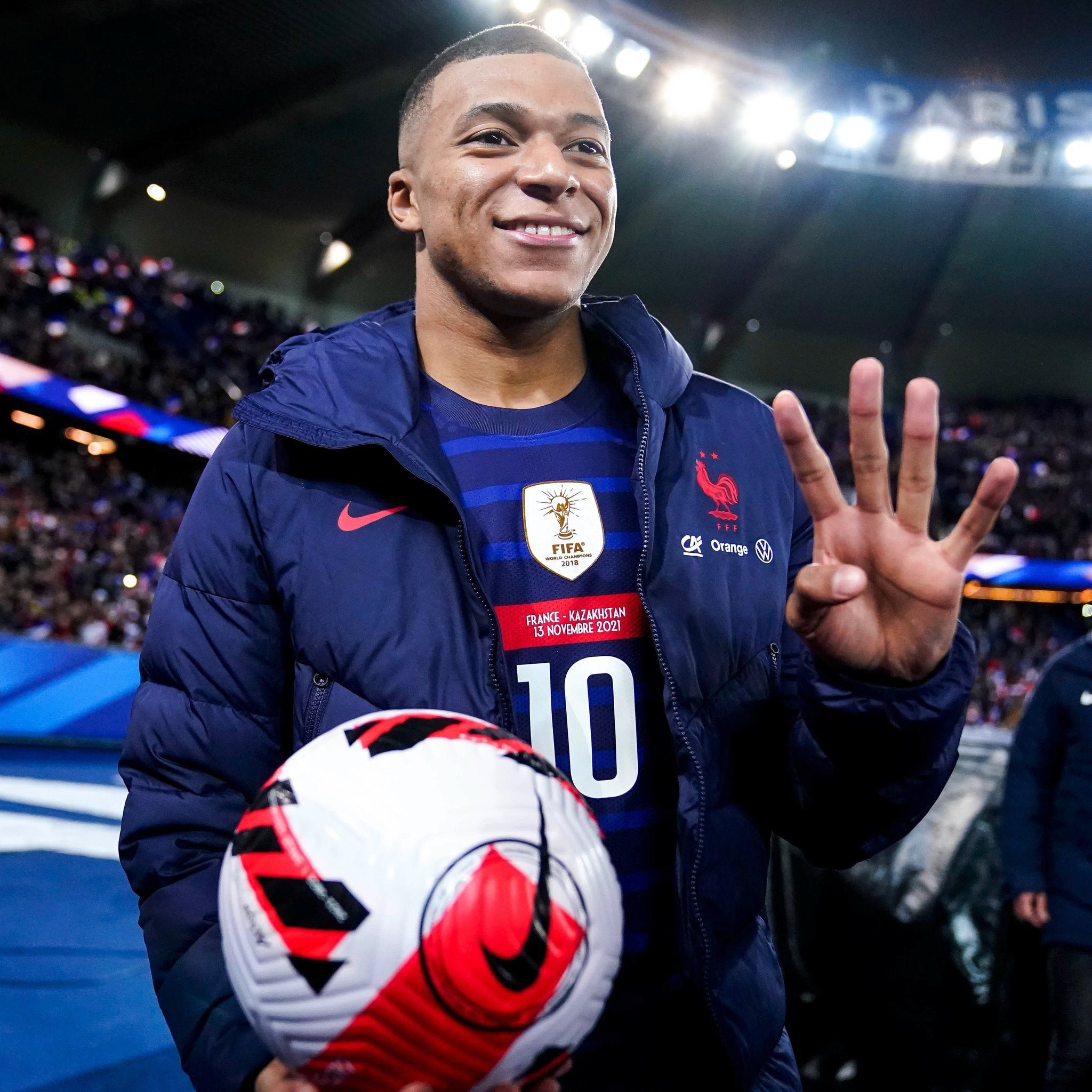 Both Belgium and France qualified for next year's World Cup finals to be held in Qatar with four goals from Kylian Mbappe helping the French demolish Kazakhstan 8-0.

The result left France top Group D on 15 points from seven games, four ahead of second-placed Finland, who they visit in their final match on Tuesday.

Close-range finishes in the sixth and 12th minutes and a header on 32 minutes comprised the first international hat-trick of Kylian Mbappe's career. ﻿Karim Benzema struck twice after half-time, before an Adrien Rabiot goal and Antoine Griezmann's penalty made it 7-0.

However, not satisfied with becoming the first player to score three in a competitive game for France since Dominique Rocheteau in a 6-0 World Cup qualifying win over Luxembourg on 30 October 1985, Paris forward Mbappé bagged another late on to take his personal haul to four for the night. No player had hit that many in a single match for Les Bleus since Just Fontaine's four-timer against West Germany in the third-place play-off at the 1958 World Cup.

Which European Teams have qualified?

Christian Benteke, Yannick Carrasco and Thorgan Hazard were on target as a 3-1 victory against Estonia clinched Belgium's place as Group E winners, but the Netherlands wasted a great opportunity to join their neighbours in qualifying with a match to spare.

Norway's 0-0 draw with Latvia meant the Dutch would have secured top spot in Group G with a win in Montenegro, something they looked like achieving when Memphis Depay took his tally to 11 for the campaign with a penalty and a smart back-heeled finish.

However, Louis van Gaal's side slumped at the last, debutant Ilija Vukotić and Nikola Vujnović scoring in the closing ten minutes to earn Montenegro a draw and set the Oranje up for a tense final-day encounter with Norway.