Neymar's frustrations with injury struggles ahead of tournaments has become a regular feature.

The talismanic Brazilian forward damaged his back in the 2014 World Cup, broke his foot ahead of Russia 2018 and limped out of the Lusail stadium with his ankle strapped in following a collision in the second half

Neymar was replaced by Manchester United winger Antony in the 80th minute of Brazil's victory over Serbia. A distraught Neymar was left in tears as he received treatment on the bench, pulling his shirt over his head

Fears of the extent of his injury were soon laid low as the player walked out of the stadium without crutches or a protective boot.

As reported by the BBC Brazil's teams doctor Rodrigo Lasmar said 'Neymar has a right ankle trauma, due to the impact he had with knee of the Serbia players, we immediately started treatment when he was on the bench.'

With physiotherapy , we need to wait 24 to 48 hours. We have not scheduled an MRI and tomorrow we will have a new assessment. We need to wait. We can't make any premature comments on his condition.

Brazilian boss Tite added: Neymar felt this pain throughout the game but he decided to stay on the pitch to help his team. So it's remarkable he could stand this pain to continue playing for his team.

Brazil opened their World Cup campaign with 2-0 win over Serbia, thanks to a brace by Tottenham Hotspur forward Richarlison which also involved an acrobatic scissor goal that raised the decibel inside the Lusail stadium. The five time champions will take on Switzerland on 28th November. 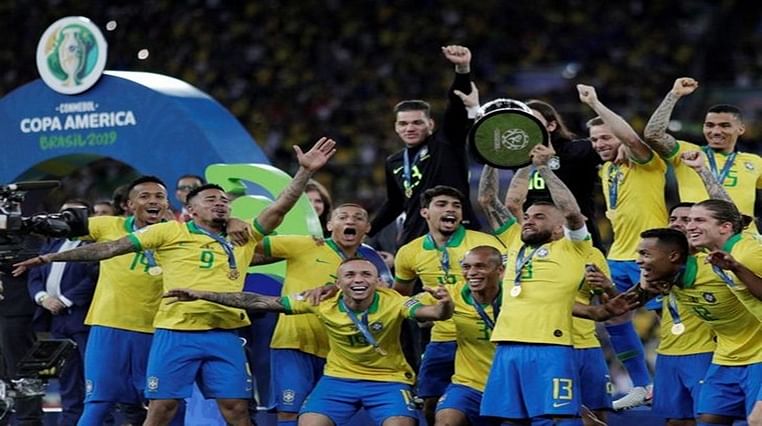