Athletics Federation of India President Adille Sumariwalla |
Follow us on

The factional feud in the Indian Olympic Association resurfaced on Saturday with vice president Adille Sumariwalla claiming he has been "appointed" its president by the executive council, only for secretary general Rajeev Mehta to term it "untenable" under IOA Constitution.

In a letter to International Olympic Committee (IOC) president Thomas Bach and IOA members, Sumariwalla said he has been "co-opted to be the president of IOA by the majority of the members of the Executive Council... vide letters dated July 2022".

"The erstwhile IOA president Narinder Dhruv Batra resigned from the post on 18.07.2022 due to personal reasons which led to a vacancy for the post. Thereafter, 18 executive members out of 31 in accordance with clause 11.1.5 of the IOA Constitution co-opted the undersigned to fill the vacancy," he said in the letter.

"I accept the post of president of IOA duly co-opted by the majority members of the executive council," said Sumariwalla, one of the nine vice presidents of the IOA and also the president of Athletics Federation of India.

Mehta, on the other hand, said the executive council of the IOA is non-existent since December 2021, when the elections of the office bearers were due and that only a senior vice president can fill the president's post till the polls.

"Moreover, we are taking permission from the courts even to have a formal meeting of the IOA to discuss the issues arising out of IOC letter as the case relating to the elections is pending at Delhi High Court and Supreme Court. I hope he is not hauled up by the court," he told PTI.

Mehta said that Sumirawalla's claim was also against the IOA Constitution and the legal process of the country. "Under the IOA constitution, when a vacancy arises one of the two senior vice presidents can be the acting president till a new president is elected. RK Anand, one of the two senior vice presidents is above 70 years of age and so the other senior VP, Anil Khanna had taken over as acting IOA president," Mehta said.

"In the June 24 order, the Delhi HC single bench (which had restrained Batra from discharging functions of IOA president), had said that Anil Khanna will take over the duties and responsibilities of IOA president." On August 16, the Delhi High Court had ordered the setting up of a three-member Committee of Administrators (CoA) to manage the affairs of the IOA on the ground of "persistent recalcitrance" to comply with the Sports Code.

Two days later, the Supreme Court granted an interim relief to the IOA, ordering a status quo by making it clear that the Delhi High Court-appointed three-member CoA will not take charge of the national sports apex body.

On Monday, a division bench of the SC extended its status quo until further orders and posted the matter for hearing after four weeks.

Last month, the IOC had threatened to suspend the IOA if it failed to conduct its elections at the earliest.

The IOA elections were due in December last year but could not be held as per schedule due to amendments in the Constitution.

The IOC had urged the IOA to convene a meeting of its General Assembly and confirm the date of its elections without any delay.

Last December, the IOA had formed a six-member committee to look into the amendments to be made to its constitution before holding elections, in order to align it with the National Sports Code.

Read Also
'Hang me if any athlete complains against me’: IOA treasurer Anandeshwar Pandey cries political... 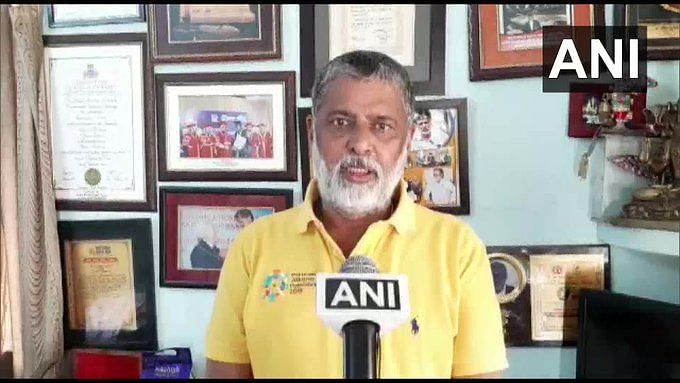