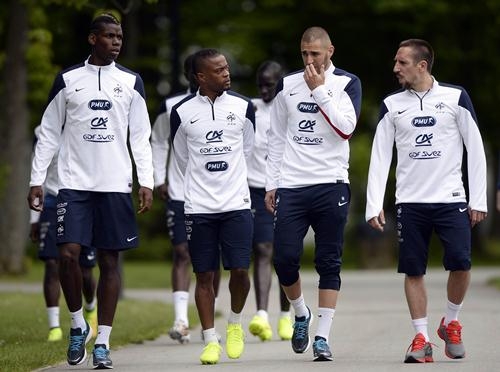 Former Manchester United defender Patrice Evra has said he received death threats following a racism row involving then-Liverpool forward Luis Suarez in 2011. Uruguay striker Suarez was banned for eight matches by the English Football Association after being found guilty of misconduct for insulting comments to Evra, which included a reference to the left-back's skin colour, at Anfield in October that year.

Liverpool, however, mounted a prolonged and public defence of Suarez's conduct as the row between the rival clubs escalated. Evra said one consequence of the backlash included letters threatening the Frenchman and his family.

"Manchester United received so many threatening letters about me," Evra told the club's UTD podcast. "People said: 'We're in jail, we're Liverpool fans. When we get out, we're going to kill you and your family'." Evra said the nature of the threats meant he had to be protected by bodyguards.

"For two months, I had security everywhere I went. They were sleeping in front of my house. Everywhere I went, the security followed me. "It was a tough time, but I wasn't scared. My family were scared: my wife and brother, but I wasn't. Evra, said he had forgiven his old antagonist and even spoke to the now Barcelona star before the 2015 Champions League final when playing for Juventus.